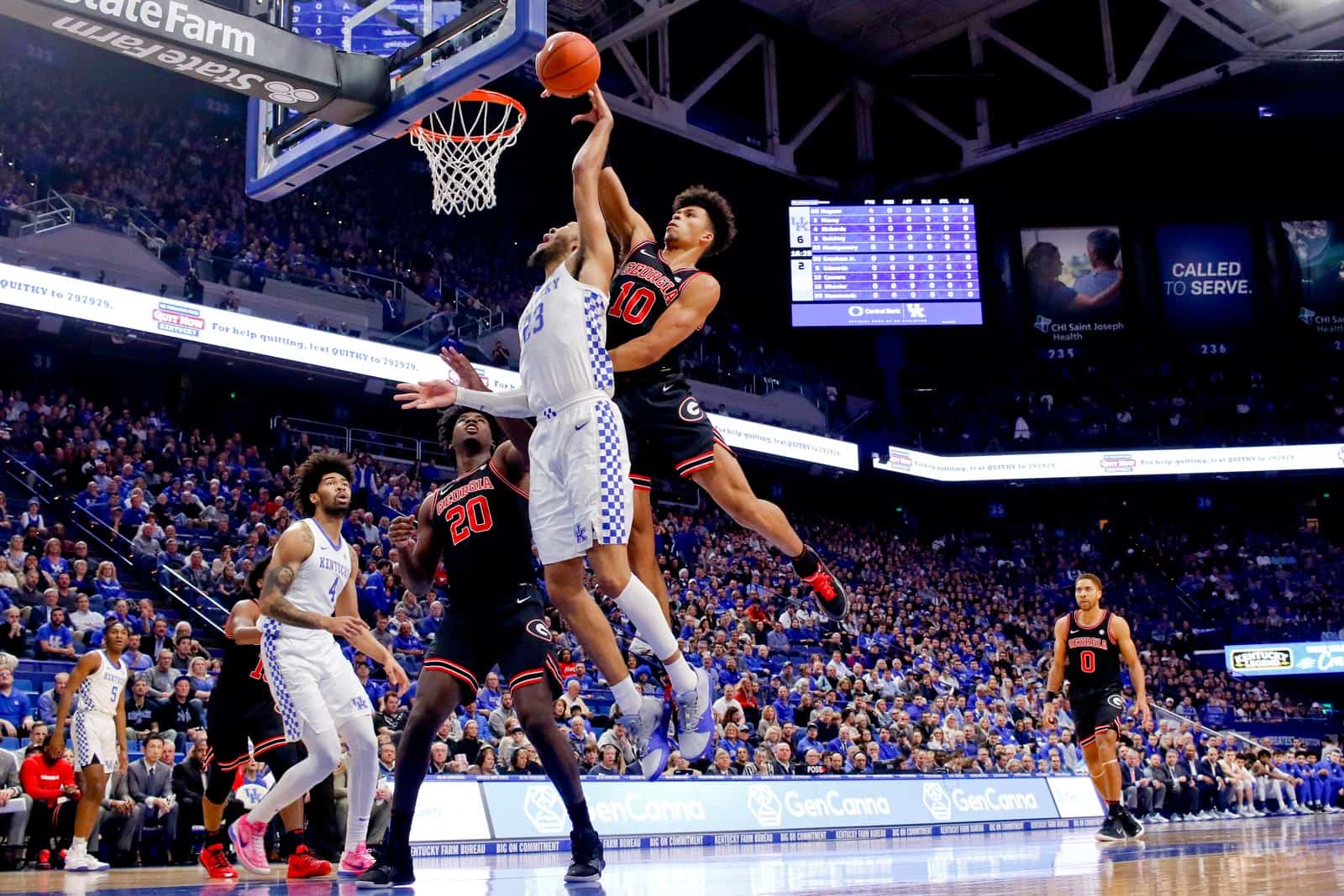 LEXINGTON, Ky. – The Georgia Bulldogs fell to the 15th-ranked Kentucky Wildcats, 89-79, in the Southeastern Conference rematch on Tuesday night in Rupp Arena.

“We definitely competed and that is the bottom line,” Georgia Head Coach Tom Crean said. “That is a hurting locker room. Like I said to them, you have to internalize losing now. There are three stages in this game. There is liking to play, and that is not hard… There is no loving to play — you either like to play or you love to win, to me. Beyond that, there is hating to lose. We have a group of guys that have to learn if they just figured out that they love to win, so that is why they went so hard, and now they hate that they lost… We have to go through things to grow through things, I guess I would say. That team battled tonight. To come back from the way we didn’t battle against Mississippi State to battle the way we did tonight in this environment says a lot.”

After Kentucky jumped out to a quick 10-2 lead, baskets from Hammonds and Camara got Georgia within five, 12-7, with 14:25 to play in the opening half. The Wildcats grabbed their first double-digit advantage (18-8) shortly after.

Halfway through the period, an and-one from Fagan brought the Bulldogs back within single digits, trailing by seven.

Fagan then drained a shot from behind the arc to cap a 7-2 run, cutting Georgia’s deficit to four. The Bulldogs quickly followed with a 9-0 run, rounded off with a jumper from Donnell Gresham Jr., to grab their first and only advantage of the contest, leading 29-28.

Seconds later, out of a timeout, Kentucky regained the lead, 35-29, off a 7-0 run. The Bulldogs consistently stayed within five of the Wildcats for the final minutes of the opening period, but made free-throws from Kentucky sent Georgia into the locker room trailing by six, 41-35.

Four quick points out of the locker room for Georgia put them within two of Kentucky. After the Wildcats pulled away to an eight-point lead, a contested 3-pointer from Edwards and free-throws from Hammonds cut the Wildcats’ lead to three, 55-52.

Kentucky grabbed its first double-digit lead of the second half, 67-56, with a little over nine minutes remaining and quickly extended to its largest lead up to that point of 13.

A three-point shot from Hammonds followed with a dunk, assisted by Edwards, cut Georgia’s deficit to seven with 6:50 remaining. With a little over five minutes to play, the Wildcats grabbed another 10-point advantage, eventually extending to their largest lead of 16.

The Bulldogs were able to get within single digits, eight, with a minute remaining thanks to a shot in the corner from Edwards following a turnover on the inbound from Kentucky. Georgia, however, was not able to overcome the deficit, falling to Kentucky by 10, 89-79.

Up next, Georgia returns to a sold-out Stegeman Coliseum to host the Ole Miss Rebels on Saturday, Jan. 25, at 5:30 p.m. The matchup will be televised on SEC Network.