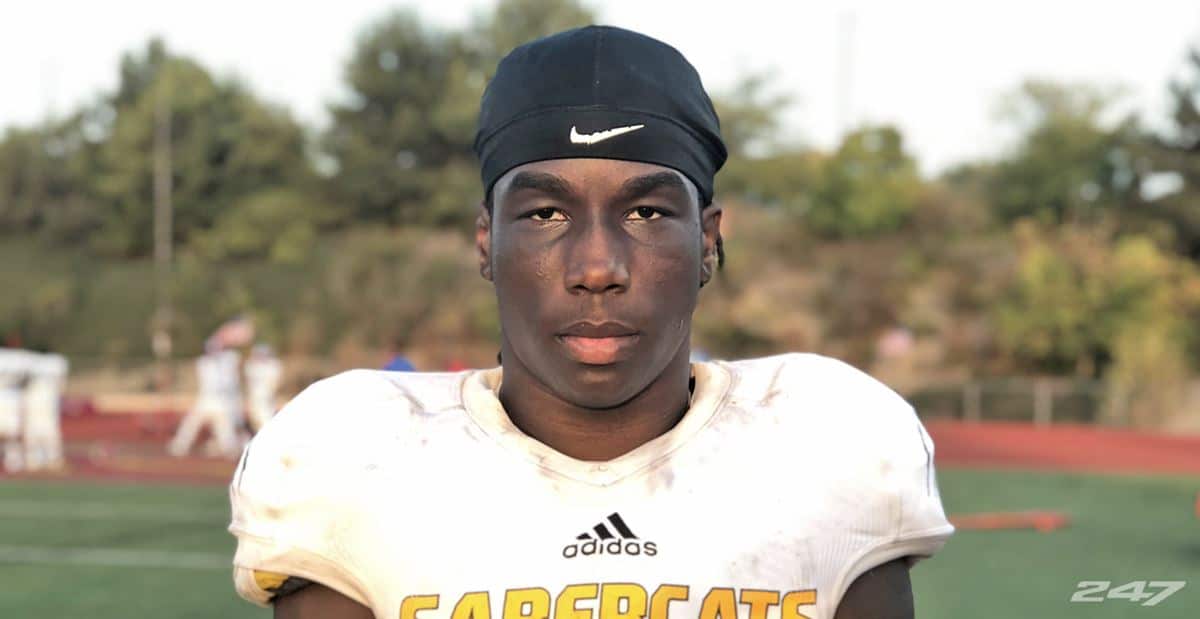 Kelee Ringo, a five-star cornerback from Scottsdale, Ariz., has committed to and signed with the Georgia Bulldogs for the class of 2020.

Ringo announced his commitment to Kirby Smart and the Georgia Bulldogs live on NBC during the Adidas All-American Bowl on Saturday.

Shortly after the announcement, Georgia officially announced that Ringo has signed with the Bulldogs.

In the 247Sports Composite, Kelee Ringo is rated as a five-star recruit, the No. 1 cornerback, and the No. 8 overall recruit for the 2020 class.

Ringo is also rated as a five-star recruit by Rivals.com. They list him as the No. 2 cornerback and the No. 1 overall recruit in the country for 2020.

The addition of Kelee Ringo and Darnell Washington on Thursday has moved Georgia’s 2020 class rating up one spot to 3rd in the 247Sports rankings and 2nd in the Rivals rankings.

Georgia could still add a few more recruits to their class before it’s all said and done. The regular signing day is set for Wednesday, February 5, 2020.