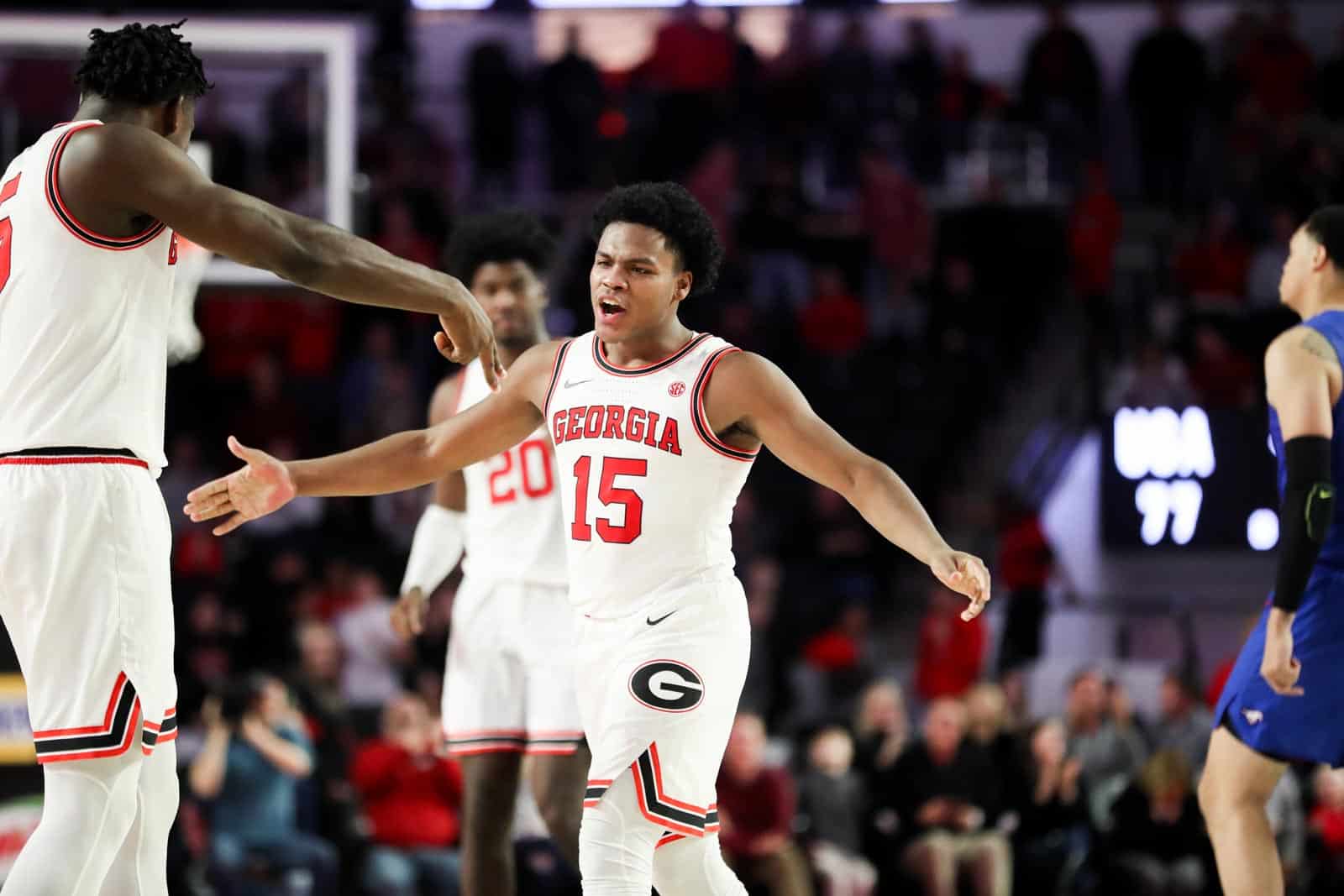 ATHENS, Ga. — Georgia’s Sahvir Wheeler has been named the SEC Freshman of the Week, the SEC office in Birmingham announced on Monday.

Wheeler was honored three days after he scored layups in the final five seconds of both overtime periods of the Bulldogs’ 87-85 double-OT win over SMU. Wheeler, who is from Houston, Texas, scored with four seconds remaining in the first overtime period to tie the score and extend the contest. In the second extra session, Wheeler’s layup with 1.9 seconds left supplied Georgia with the victory.

Wheeler flirted with a double-double against the Mustangs, finishing the contest with nine points and eight assists. He equaled his career-high marks for assists (eight) and steals (two) in a career-most 35 minutes of action.

Georgia gained possession with 20 seconds left in the second overtime period. Following a timeout, Wheeler dribbled out most of that time before bolting past a screen on the left elbow of the screen, splitting two SMU defenders and banking in the game-winner.

Wheeler actually had a hand in 10 of the Bulldogs’ 19 points in the two overtime periods. In addition to his layups, he drove and passed to Tyree Crump and Anthony Edwards for assists on a couple of 3-point baskets.

The victory snapped a four-game losing streak in double overtime games for the Bulldogs. Georgia’s last double OT win was an 83-80 decision over No. 3 Georgia Tech on Jan. 3, 2004.

Wheeler is the second Bulldog to earn SEC Freshman of the Week accolades this season. Edwards was honored on Dec. 2 after averaging 22.3 points in Georgia’s three games at the Maui Jim Maui Invitational, including 37 versus No. 3 Michigan State.

The Bulldogs, who are 7-3 overall and 6-0 at Stegeman Coliseum, will return to action on Monday night when they host Georgia Southern at 7:00 p.m. Following a seven-day layoff, Georgia will entertain Austin Peay next Monday (Dec. 30) at 7:00 p.m.

Single game tickets for games are $15 and can be purchased online here. Tickets remain for both tonight’s game against Georgia Southern and next Monday’s versus Austin Peay. In addition, tickets are available for SEC matchups against Tennessee (Jan. 15), South Carolina (Feb. 12) and Auburn (Feb. 19). The Bulldogs’ other six SEC home dates are sold out.