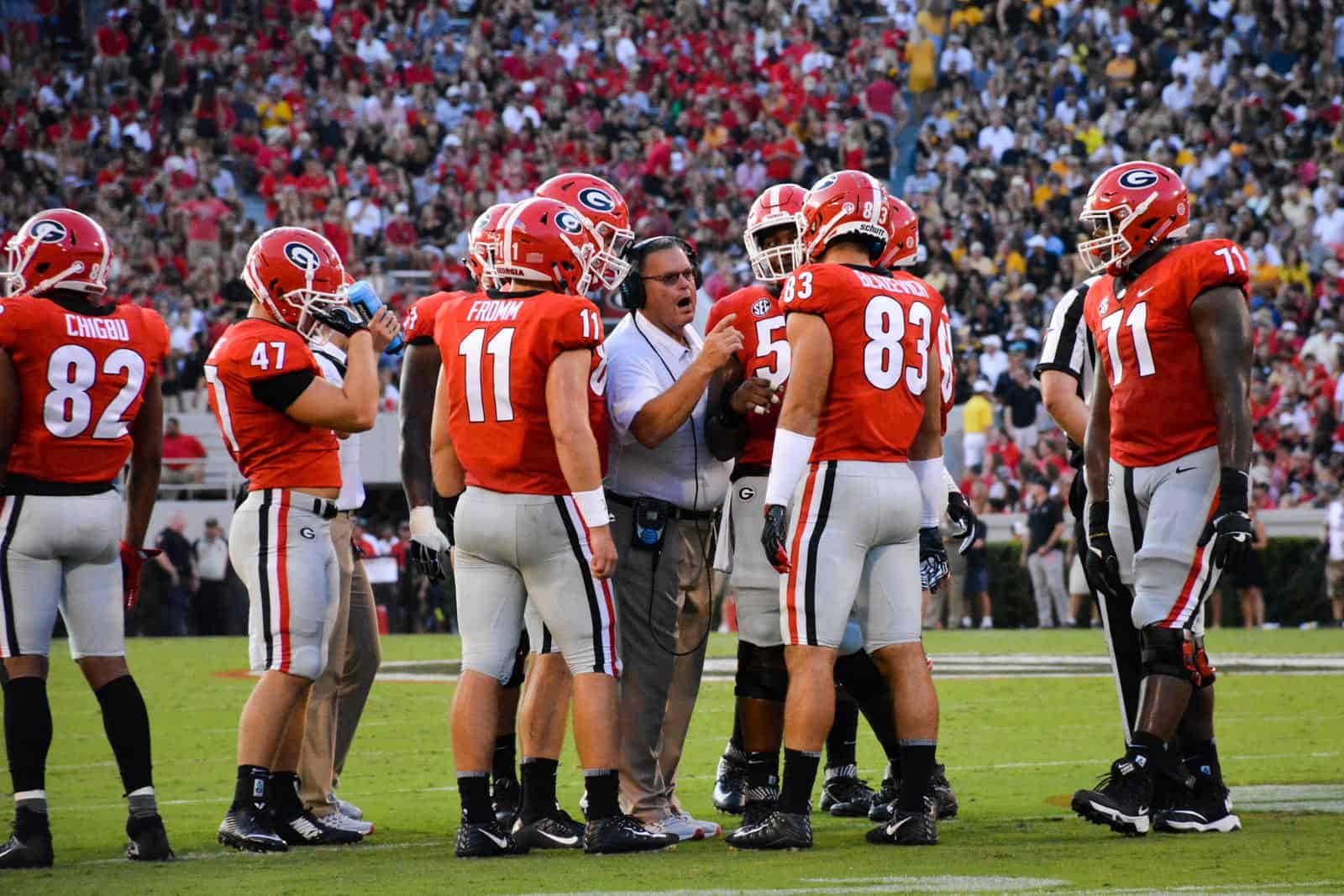 It’s been a rough 24 hours for Georgia Bulldog fans. Georgia was destroyed by LSU in the SEC Championship Game, 37-10, which knocked the Dawgs out of the College Football Playoff.

During the game, Georgia players suffered various injuries and seemed to be dropping like flies. The worst, of course, was that freshman wide receiver Dominick Blaylock suffered a torn ACL.

Tonight the news has become a little more dreary for Georgia and their fans. Superstar offensive line coach/associate head coach Sam Pittman has officially been named the new head coach of the Arkansas Razorbacks.

Excited to OFFICIALLY announce Sam Pittman as our new Head Football Coach. Great days ahead for the Hogs with Sam and Jamie as a part of the Razorback family again! #OneRazorback pic.twitter.com/763JrRrpaR

Sam Pittman is widely considered as one of the best offensive line coaches and recruiters in the country. Since 2013, eight of his players have been drafted into the NFL.

Pittman previously worked at Arkansas as the assistant head coach, offensive line coach, and the recruiting coordinator from 2013 through 2015. That connection, along with the opportunity to be a head coach, likely drew him to Fayetteville.

Stay tuned as there could be some additional staff turnover as there always tends to be. Also, names will start surfacing soon as candidates to replace Pittman in Athens.