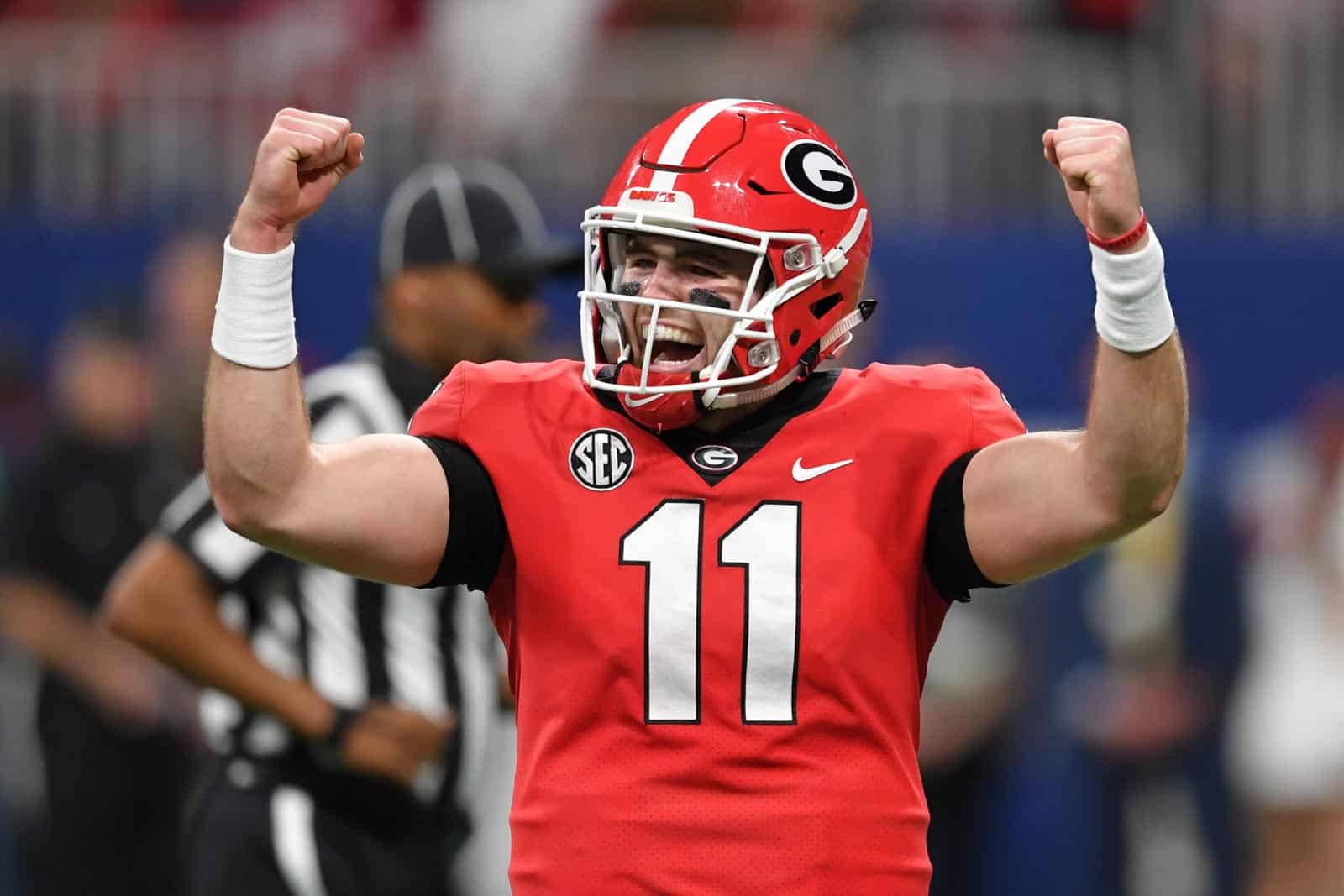 The Georgia Bulldogs will wear their home red jerseys as the away team in the 2019 SEC Championship Game against the LSU Tigers, SicEmDawgs.com has confirmed.

Responding to an unrelated question on alcohol on his Twitter feed last week, SEC Communications Director Chuck Dunlap stated that the LSU Tigers have “elected to wear white” since they are the home team and they traditionally wear white jerseys at home.

Negative. Georgia will be the visiting team in Atlanta, although they will wear their home jerseys since LSU as the home team has elected to wear white.

Most college teams typically wear colored jerseys at home and white jerseys on the road. But not a few teams, including LSU. The reason why via LSU’s 2019 football media guide:

LSU is one of the few college football teams that traditionally wear white jerseys for home games. The tradition originated when LSU won its first national championship in 1958. Head coach Paul Dietzel had a habit of tinkering with the uniform every year. In 1958, he chose to wear white jerseys for LSU’s home games, and the Tigers subsequently won the national championship. A superstitious man, Dietzel didn’t change the uniform after that season. LSU continued to wear white jerseys for home games throughout the Charlie McClendon Era. When Jerry Stovall took over as head coach in 1980, he said the Tigers would occasionally wear purple jerseys so that home fans could see a different color. In 1982, the NCAA changed its jersey rule, requiring teams to wear dark colored jerseys for home games. The Tigers wore purple jerseys for all home games from 1983 to 1994. When Gerry DiNardo became head coach in 1995, he vowed to change the NCAA jersey rule. After petitioning the rules committee of the American Football Coaches Association, he personally met with each member of the NCAA Football Rules Committee. DiNardo’s efforts were successful and the Tigers were allowed to wear white jerseys again beginning in 1995. A stipulation of the new rule was that the visiting team would have to give the home team permission to wear the white jerseys. The first team to deny LSU’s request was DiNardo’s former team, Vanderbilt.

Instead of going back to purple jerseys, the Tigers took to the field in new gold jerseys. The SEC later adopted a league rule stipulating that the home team has sole discretion in determining its jersey color. Nick Saban became LSU’s head coach in 2000 and continued the white jersey tradition, but with a twist. Saban decided that LSU would wear purple jerseys for all non-SEC games, except the home opener. That tradition continues today.

Georgia and LSU are scheduled to square off at Mercedes-Benz Stadium in Atlanta, Ga., on Saturday, Dec. 7. The game will be televised by CBS at 4:00pm ET.

SEC Championship Game Tickets are available from our partner StubHub and are currently running around $240 per ticket including fees.

LSU and Georgia met most recently during the regular-season in 2018 at Tiger Stadium in Baton Rouge, La. LSU defeated Georgia in that contest, 36-16, and they currently holds a 17-13-1 edge in the overall series.

The winner of the SEC Championship Game will advance to the College Football Playoff Semifinals. LSU is likely in the CFP regardless of Saturday’s outcome, while Georgia would be out if they suffer a second loss.