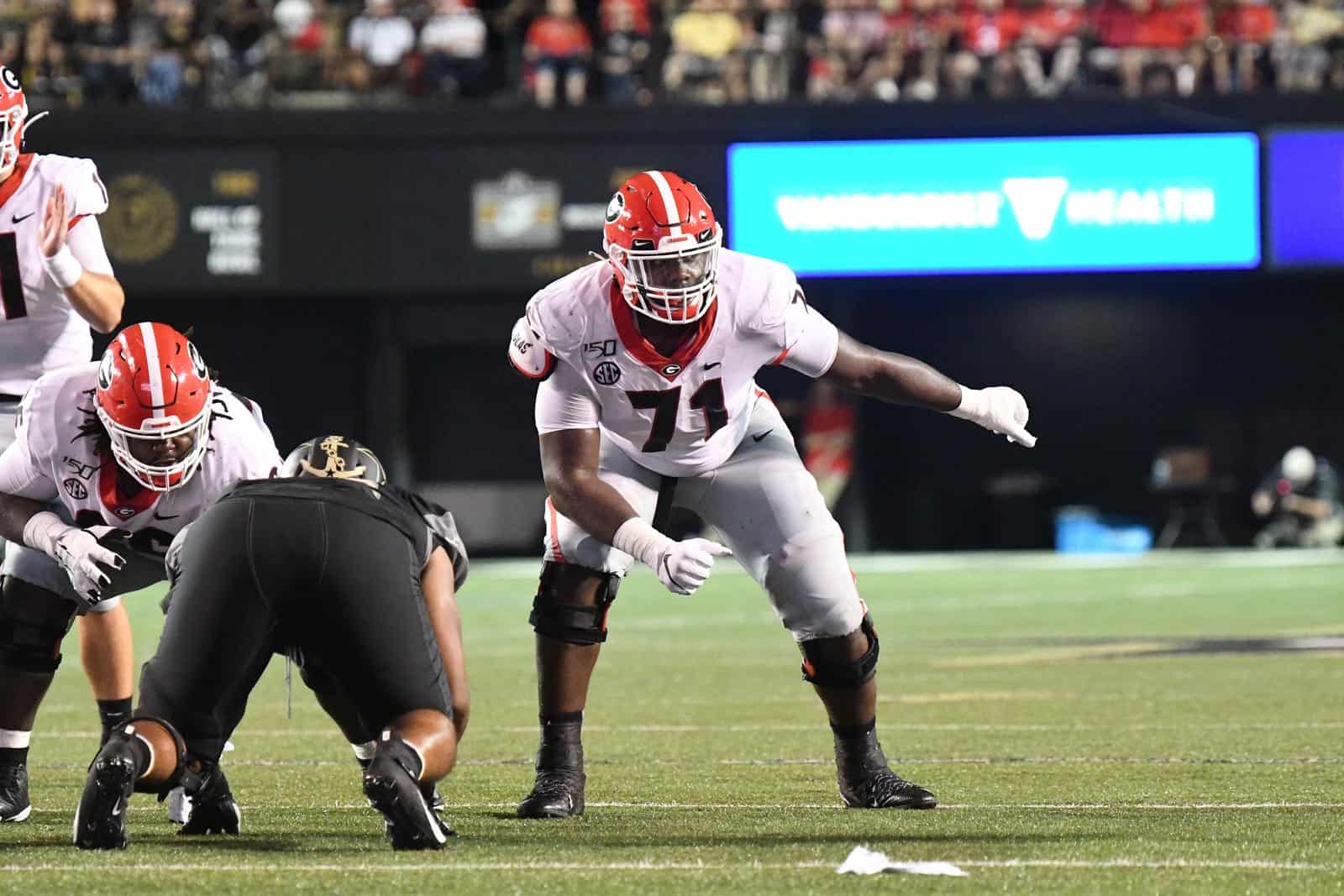 ATHENS, Ga. – Georgia junior left tackle Andrew Thomas and graduate place-kicker Rodrigo Blankenship have been named two of 21 semifinalists for the 2019 Lombardi Award, which is given to the player from any position based on performance, leadership, character and resilience.

Seven of 21 semifinalists are from the Southeastern Conference and Georgia is one of three teams who have multiple players on the list.

A group of up to 7 finalists will be chosen from the 21 semifinalists, then the winner will be announced at halftime of the College Football Playoff championship game on Jan. 13.

Honors have rolled in for Blankenship this season. The 2019 CoSIDA First Team Academic All-American earned one of the National Football Foundation (NFF) National Scholar Athlete Awards and was a Campbell Trophy finalist earlier this week in New York City. He was also the SEC Scholar-Athlete of the Year for football this season and was a finalist for the Groza Award and the Burlsworth Trophy and a semifinalist for Wuerffel Trophy.

Thomas was named a Midseason All-American this season and won the 2019 SEC Jacob’s Blocking Trophy. He was an Outland Trophy semifinalist and the anchor of an offensive line that was ranked fourth nationally this year after only allowing 12 sacks.