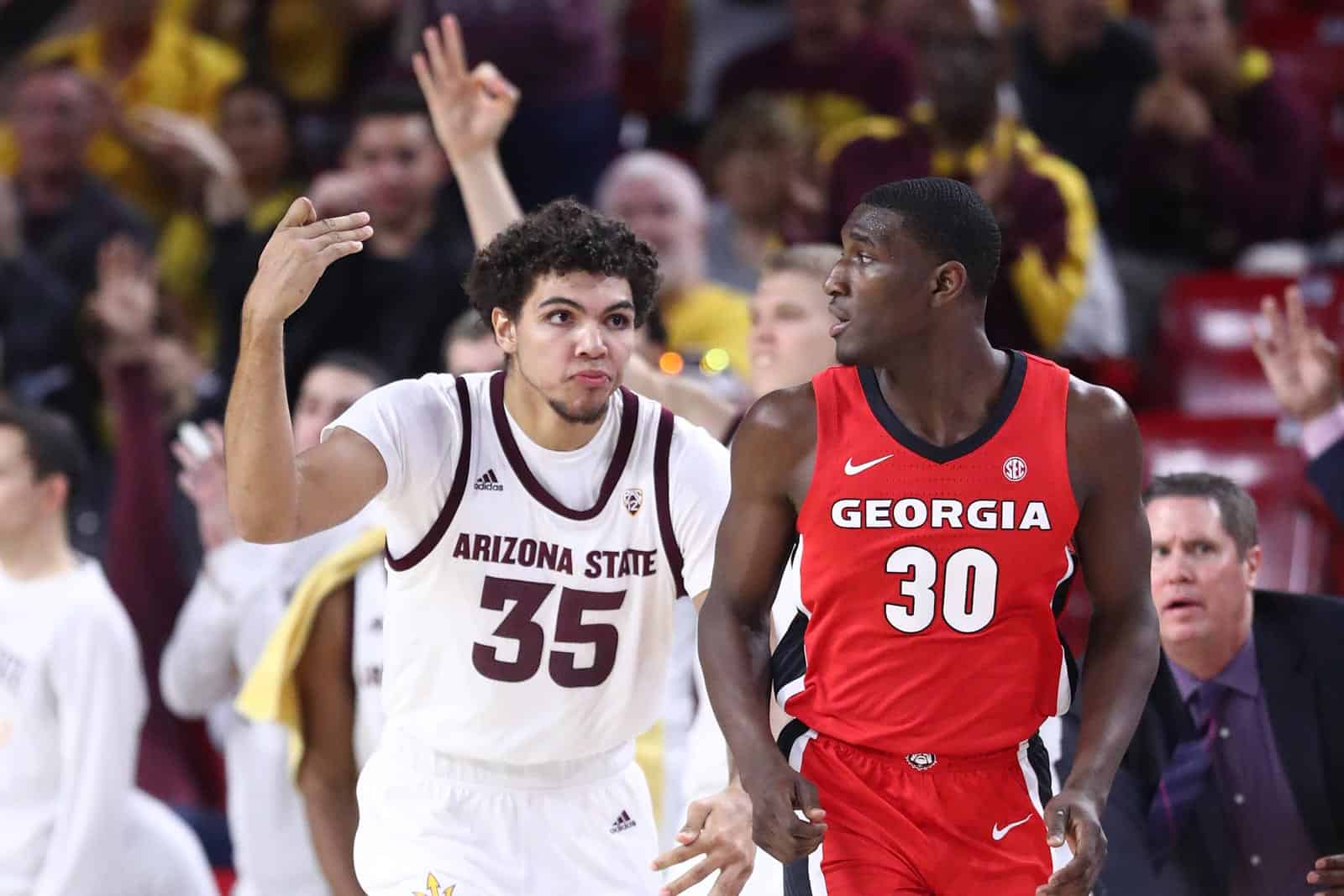 TEMPE, Ariz. – The Georgia Bulldogs were defeated by the Arizona State Sun Devils, 79-59, in its first true road game of the 2019-20 campaign on Saturday night in Wells Fargo Arena.

“It was tough to get anything going and we never got into a rhythm,” Georgia Head Coach Tom Crean said. “We did not move very well without the ball early on and we didn’t move the ball as well as we needed to… We have got to get mentally tougher and this was our first true road test… We didn’t handle that as well as we needed to and we have to learn from that.”

Edwards continued his dominance in the opening minutes, scoring eight of Georgia’s first ten points, including a fast-break layup and a made free-throw for a three-point play. These baskets from Edwards knotted the game 10-all with 15 minutes remaining in the opening period.

While the Sun Devils pulled away occasionally in the next five minutes of play, the Bulldogs stayed within one until a three-point shot from senior Tyree Crump gave Georgia the 18-16 lead with 8:20 remaining.

Arizona State quickly regained the lead and extended it to four, 26-22, with a little over five minutes remaining. While Georgia was able to get within two multiple times, the Bulldogs were not able to cut the deficit any further.

The Sun Devils grabbed their largest lead of the game, eight, as time elapsed to send Georgia into the locker room trailing, 39-31.

Out of the half, Crump and graduate transfer Donnell Gresham Jr. recorded back-to-back three-point shots. Shortly after, the Sun Devils grabbed their first double-digit lead of the game, 48-37, with 16:33 to play.

With 7:19 remaining, the Bulldogs faced their first 20-point deficit of the night, 71-51. Georgia would trail by 20-plus points for a majority of the final minutes to fall to Arizona State, 79-59.

Up next, the Bulldogs return home to face Southern Methodist University on Friday, Dec. 20 at 7 p.m. The matchup will be televised on the SEC Network.