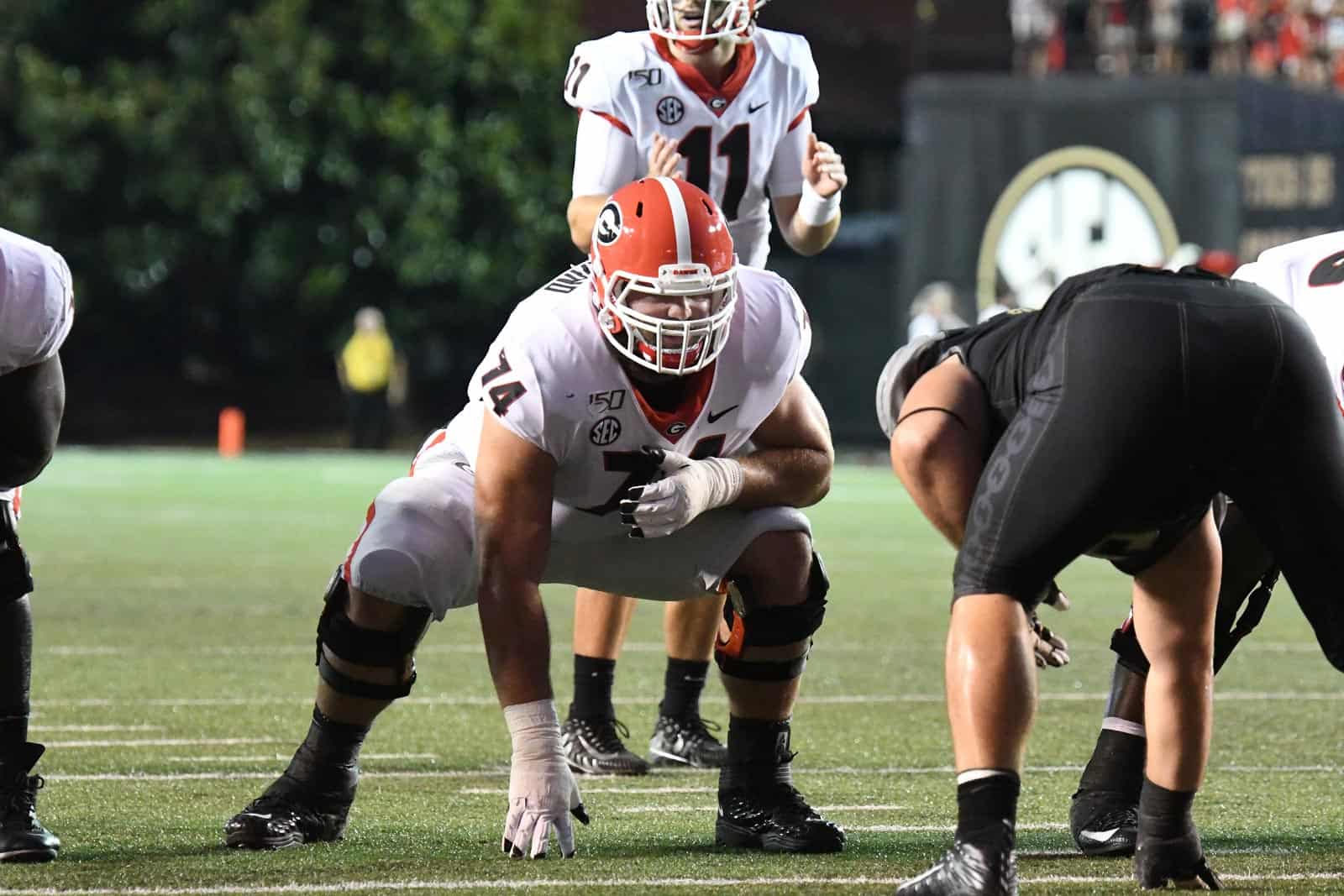 Cleveland has been named the SEC Offensive Lineman of the Week while Blankenship has garnered SEC Special Teams Player of the Week honors after the Bulldogs’ blanked Missouri 27-0 in Athens over the weekend.

This is Cleveland’s first honor of this kind while Blankenship is a five-time winner this year (seventh of his career). So far this year, Georgia has nine weekly league awards.

Cleveland, a native of Toccoa, Ga., graded out at 86 percent and only allowed a single pressure on Bulldog quarterback Jake Fromm during Georgia’s victory. Cleveland had seven knockdown blocks and helped the Bulldogs pile up 339 yards, including 166 on the ground, versus a Tiger defense that ranked in the top 20 in several national categories. He was part of an offensive line that featured three different centers during the game against Missouri because of a couple injuries.

Blankenship, a native of Marietta, Ga., connected on his only PAT and kicked four field goals (20, 48, 47 and 29 yards) to tie his career high on Saturday. The SEC’s leading scorer at 9.9 points per game has now connected on a school record 186 consecutive PATs and is No. 2 in the SEC all-time record books by just 12 kicks. Blankenship has 402 points in his career, which ranks fourth in school history and fifth in SEC history, and is the FBS active leader with 72 made field goals.