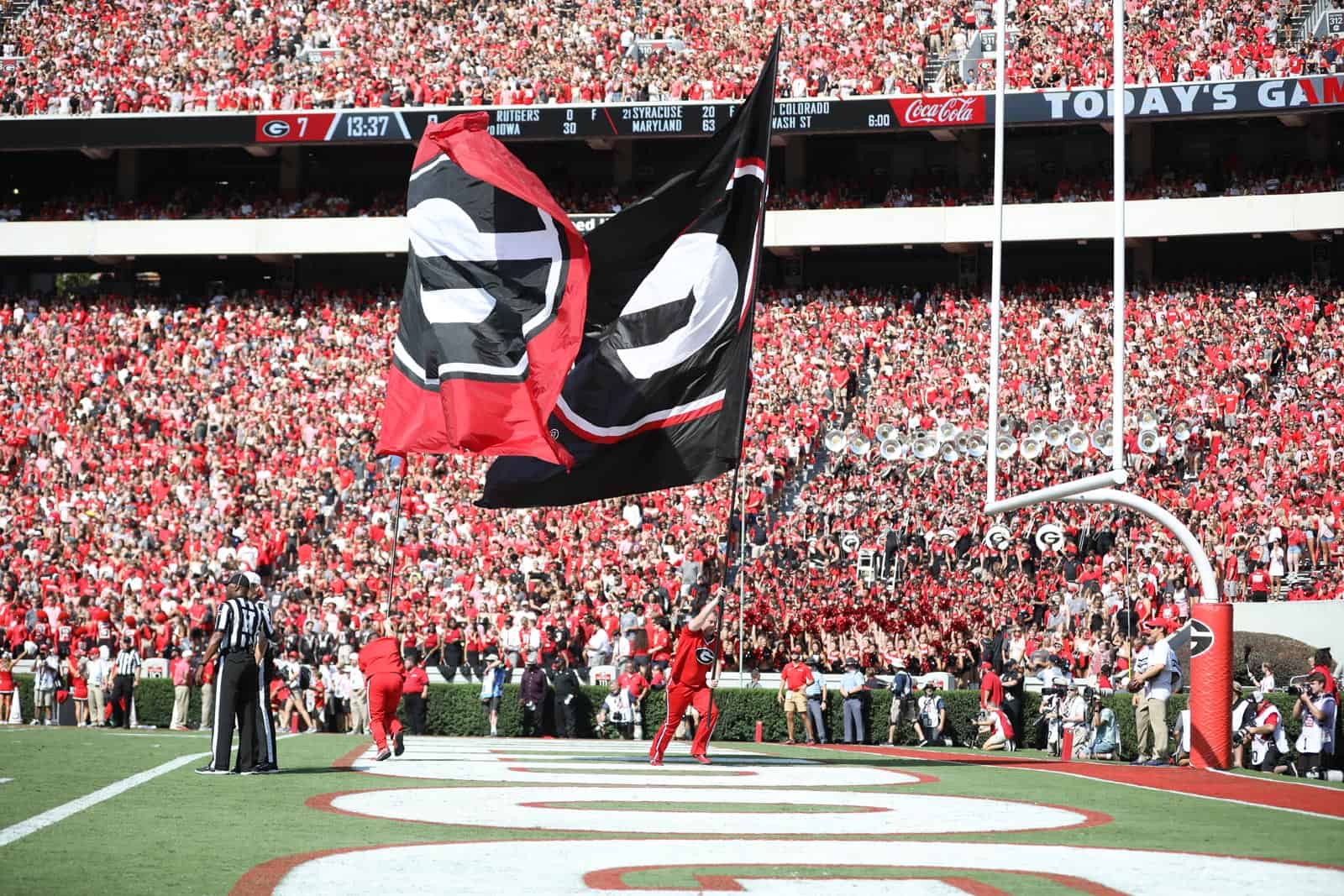 Georgia’s game at home against the Texas A&M Aggies on Saturday, November 23, will be televised by CBS at 3:30pm ET, the SEC has announced.

Georgia-Texas A&M tickets are available from StubHub. The get-in price is currently around $115 plus fees.

The Georgia-Texas A&M contest will mark the first meeting between the two schools since the Aggies joined the SEC back in 2012. Georgia isn’t scheduled to visit College Station until the 2024 season.

The Bulldogs and Aggies have only met five times on the gridiron, most recently in the 2009 Independence Bowl in Shreveport, La. Georgia won that contest 44-20, but Texas A&M still leads the overall series 3-2.

This will be Georgia’s fourth appearance on CBS this season following their victory at home against Notre Dame, the Florida game in Jacksonville, and Saturday’s game at Auburn. Georgia has appeared on ESPN five times and ESPN2 twice this season.

Georgia’s lone remaining kickoff time against Georgia Tech will be announced on Monday, Nov. 18 or, at the latest, by Sunday, Nov. 24.