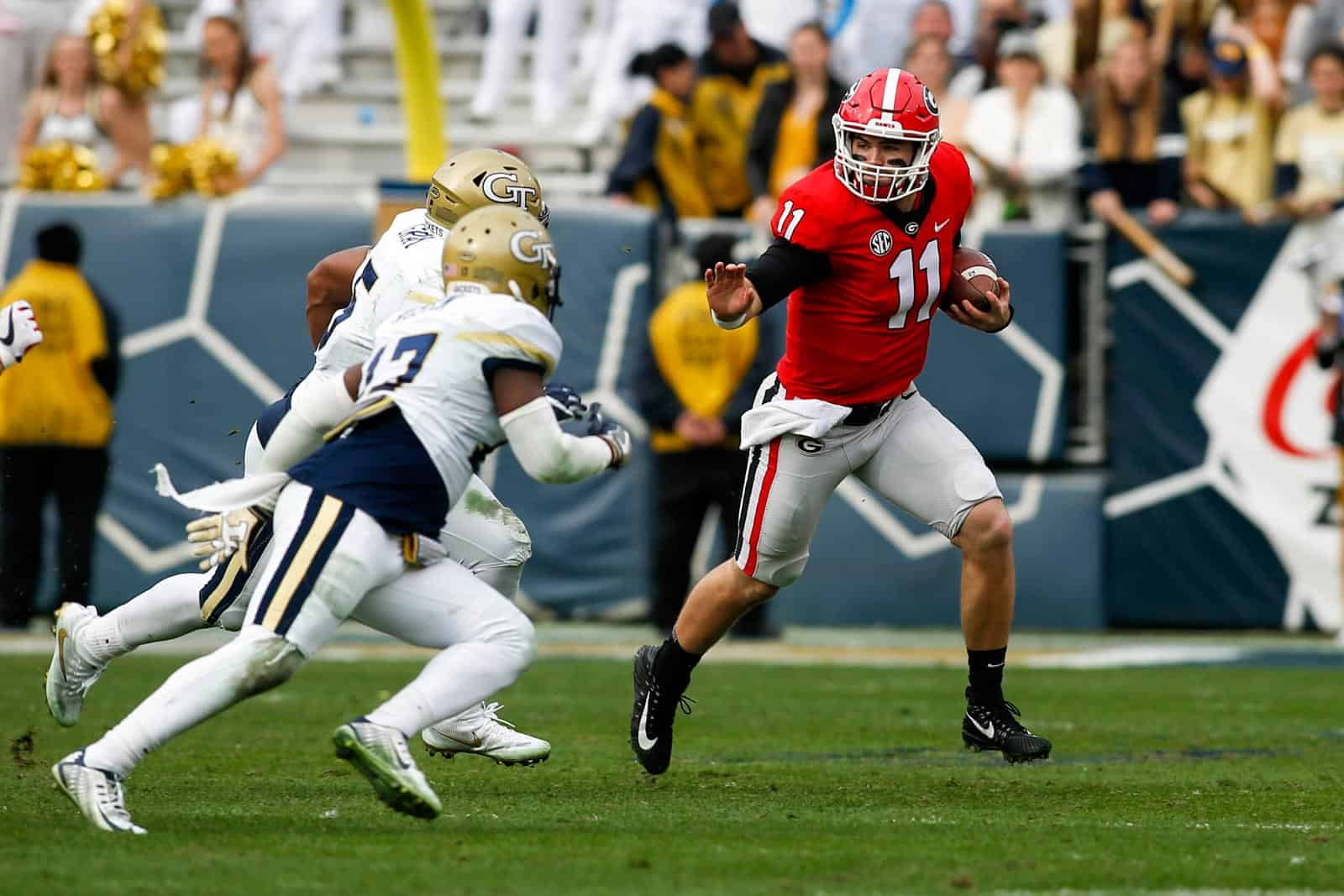 Georgia’s game in Atlanta against the Georgia Tech Yellow Jackets on Saturday, November 30, will be televised by ABC at 12:00pm ET, the ACC has announced.

Georgia-Georgia Tech tickets are available from StubHub. The get-in price is currently around $75 plus fees.

Georgia and Georgia Tech first met on the gridiron in 1893 and have played a total of 111 contests. The Bulldogs have won two-consecutive games in the series and now lead the Yellow Jackets 67-39-5.

This will be Georgia’s first appearance on ABC this season. So far this season, Georgia has appeared on ESPN five times, CBS three times, and ESPN2 twice.

Georgia’s next game is on Saturday, Nov. 23, at home at Dooley Field at Sanford Stadium against the Texas A&M Aggies. The game will be televised by CBS at 3:30pm ET.