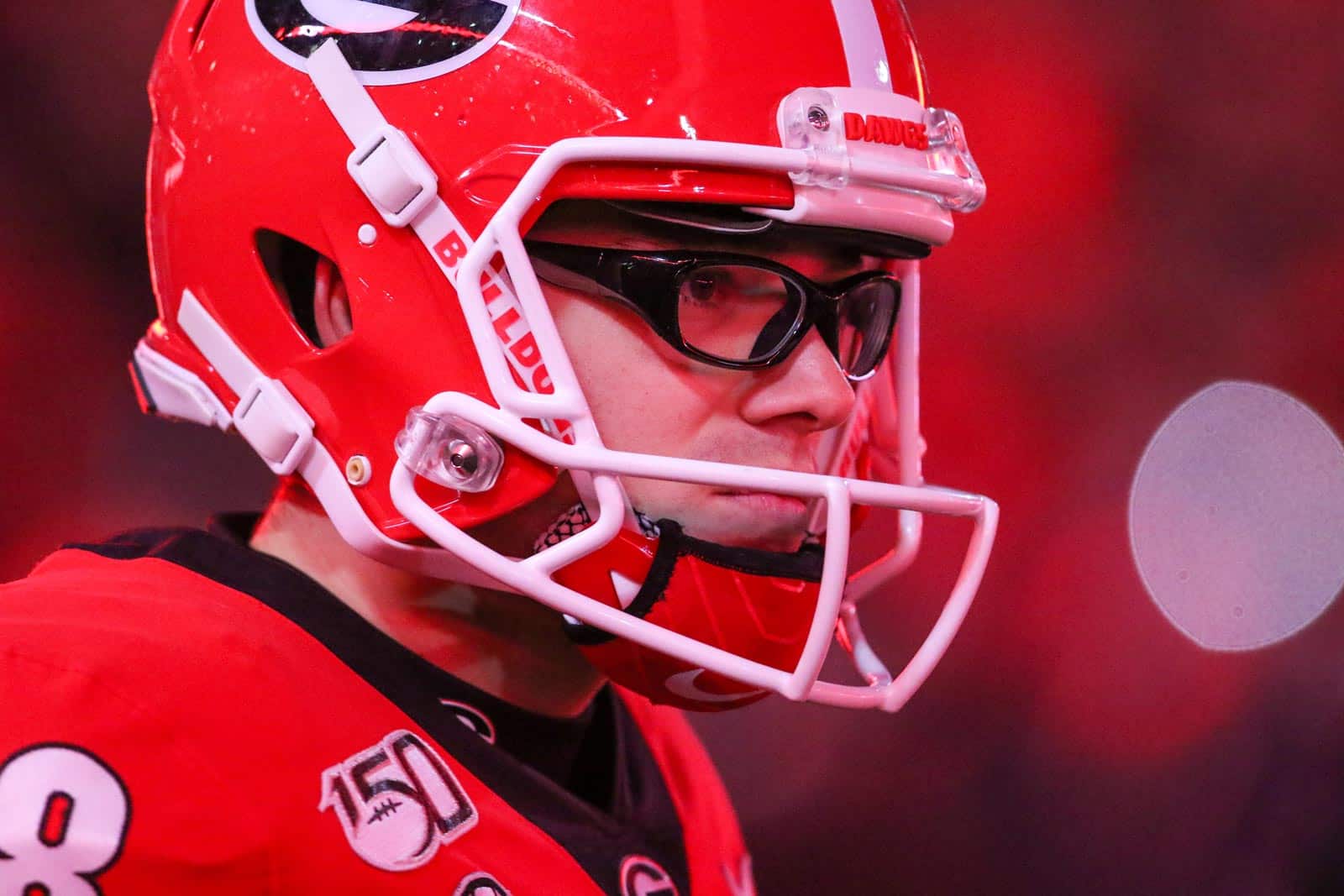 UGA senior kicker Rodrigo Blankenship has been named a semifinalist for the 2019 Burlsworth Trophy, the Brandon Burlsworth Foundation announced on Tuesday.

Rodrigo Blankenship is one of 10 semifinalists for the the Burlsworth Trophy, named in honor of Brandon Burlsworth, former University of Arkansas Walk-On and All-American offensive lineman.

The Burlsworth Trophy is awarded annually to the “most outstanding football player in American who began his career as a Walk-On and has shown outstanding performance on the field. Each nominee must have begun his first season of participation with FBS (D1) football program without financial aid of any kind from his university’s athletic department.”

Below are all 10 semifinalists for the 2019 Burlsworth Trophy:

Ashtyn Davis, University of California, Safety/Kick Returner, SR — Davis has recorded 47 tackles this season with 27 solo stops. He has also forced two fumbles, intercepted a pass and returned 12 kicks for 149 yards. Davis is a four-time All-American in the 60 meter hurdles indoors and the 110 meter hurdles outdoors. He was a second-team midseason All-American selection by Athlon Sports and The Athletic and Davis is on the watch list for the Paul Hornung Award.

Alex Highsmith, Charlotte, Defensive End, SR — Highsmith ranks ninth nationally with 8.5 sacks this season. He has recorded 51 tackles, including 30 solo stops for the 49ers. Highsmith, who holds the school’s career record for sacks with 14.5, is on the Chuck Bednarik Award Watch List, given annually to the top defensive player in college football. He was a preseason All-Conference USA pick by league coaches after being named first team all-conference in 2018.

Joshua Kelley, UCLA, Running Back, SR — Kelley leads the Pac 12 in rushing with 107.6 yards per game. He is second in the league with 10 touchdowns, including four in a victory against Arizona State. Kelley ran for 1,243 yards and 12 touchdowns last season for the Bruins, earning All-Pac-12 First Team recognition by the Associated Press and ESPN.com. Kelley finished with 176 yards and one touchdown on 18 carriers in a win against Stanford earlier this season.

Rodrigo Blankenship, University of Georgia, Kicker, SR — Blankenship leads the Southeastern Conference in scoring with 89 points and has hit 100 percent of his extra point kicks this year. He has made 19 of 22 field goals attempts this season with a long of 50 yards. Blankenship, who started his career as a walk-on, is the NCAA active career leader in field goals with 72. Blankenship has hit six field goals of at least 50 yards in his career.

Joey Magnifico, University of Memphis, Tight End, SR — Magnifico has 18 catches for 333 yards and 2 touchdowns for the Tigers this year. He is averaging 18.5 yards per catch for Memphis and is only the second tight end in program history to eclipse 1,000 career receiving yards. Magnifico, who had a career-high 87 yards receiving against Temple, entered the season on the Mackey Award Watch List. He walked on at Memphis as a freshman.

Kenny Willekes, Michigan State University, Defensive End, SR — Willekes, a preseason All-America selection and last year’s Big Ten Defensive Lineman of the Year, has 55 tackles this season. He has 21 solo tackles with 5.5 sacks and two fumble recoveries for the Spartans. Willekes was named Defensive Player of the Week by the Big Ten and the Walter Camp Football Foundation after recording seven tackles with 2.5 tackles for loss and 1.5 sacks against Tulsa earlier this season.

Sam Renner, University of Minnesota, Defensive Lineman, SR — Renner has 28 tackles for the Gophers, including 13 solo with 3.0 sacks and 3.5 tackles for loss. Renner, who had no Division I scholarship offers, was named to the Pro Football Focus National Team of the Week for his efforts against Nebraska (recorded one sack, four tackles and two pass breakups). Renner redshirted his first season coming off back-to-back knee injuries and did not play as a redshirt freshman.

Jan Johnson, Penn State University, Linebacker, SR — Johnson, who began his Penn State career as a preferred walk-on, has recorded 42 tackles this season. He earned his first career start as a junior in 2018 and has been in the starting lineup since. Johnson was named a team captain to begin the season and has been recognized as a Pro Football Focus Midseason All-American honorable-mention. He recorded a career-high 14 tackles in a week two game against Buffalo.

Josh Love, San Jose State University, Quarterback, SR — Love ranks No. 4 among all NCAA quarterbacks with 3,168 yards this season. He has thrown for 19 touchdowns, completing 64 percent of his passes with just four interceptions. Love guided the Spartans to their first win in school history against a Southeastern Conference opponent, throwing for 402 yards and two touchdowns against the University of Arkansas. Love has twice been named Mountain West Offensive Player of the Week this season.

Myles Bryant, University of Washington, Defensive Back, SR — Bryant entered the year as a Preseason All-Pac-12 First Team selection and has recorded 56 tackles with two interceptions. Bryant recorded a season-high two interceptions and a sack against Hawaii, earning Pac-12 Player of the Week recognition. He recorded a season-high nine tackles against BYU. Bryant, who began his career as a preferred walk-on at Washington, was named to preseason watchlists for the Nagurski, Thorpe and Bednarik awards.

The selection committee will announced the top three finalists for the Burlsworth Trophy on Tuesday, Nov. 19. The Brandon Burlsworth Foundation, in conjunction with Springdale Rotary Club, will host an awards ceremony on December 9, 2019 in Springdale, Ark., to honor the three finalists and to announce the 2019 winner.

Blankenship, who hails from Marietta, Georgia, walked-on to the UGA football team out of Sprayberry High School in Marietta, Ga. He earned a scholarship during his second season in Athens in 2017, which he announced to the team after their 20-19 win at Notre Dame.