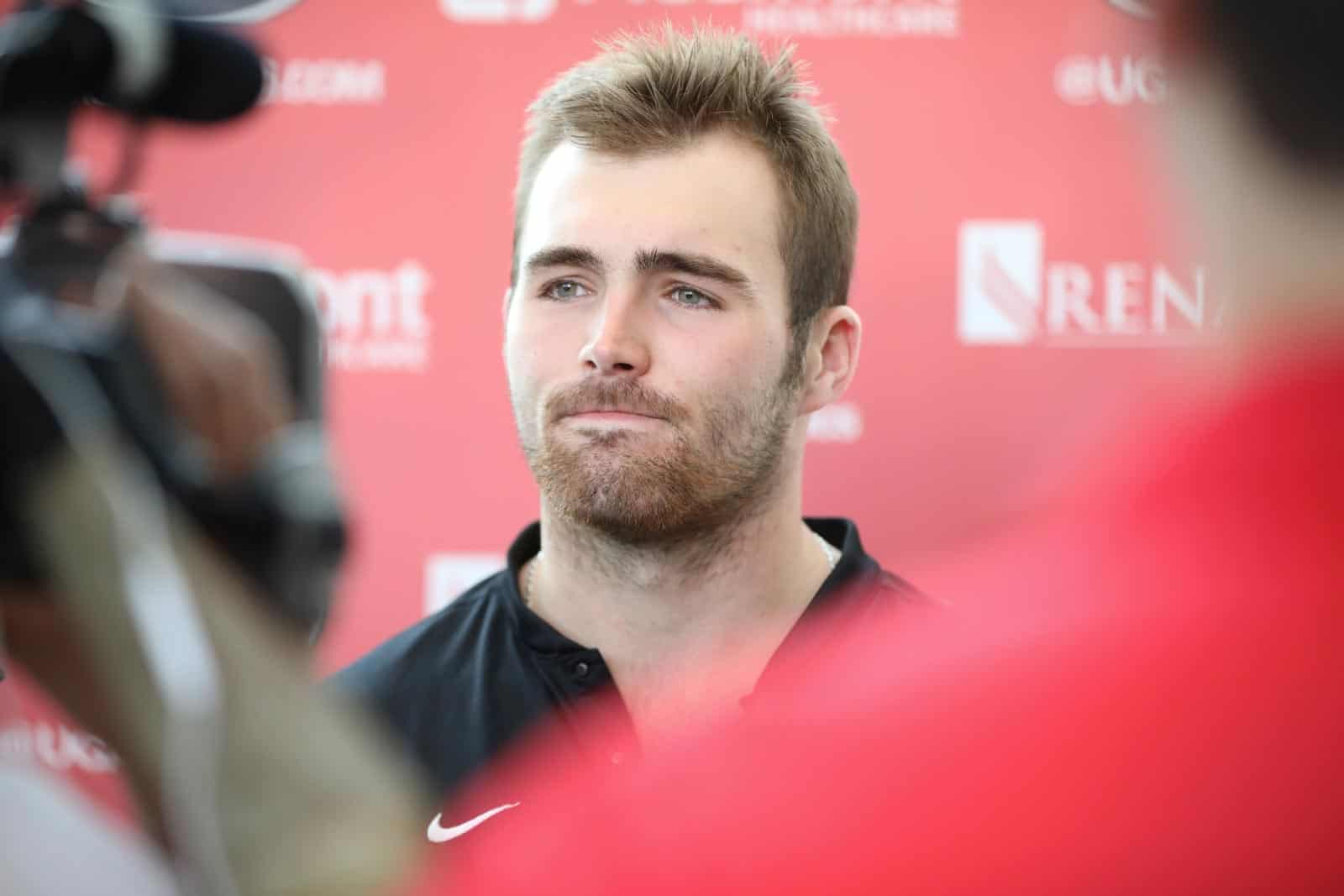 ATHENS, Ga. – Georgia junior quarterback Jake Fromm has been named one of 20 semifinalists for the third annual Jason Witten Collegiate Man of the Year, which is given to the college football player who has a record of leadership by exhibiting exceptional courage, integrity and sportsmanship on and off the field.

One of only three juniors on the list, Fromm is one of four players from the Southeastern Conference on the list. Three finalists will be named for the award on Dec. 16. The winner will be announced at the award ceremony on Feb. 18, 2020, at The Star in Frisco, Texas.

Fromm, a native of Warner Robins, Ga., is 31-6 as a starter and has started an FBS best 37 games for quarterbacks. He has led the Bulldogs to consecutive SEC Championship Game appearances, as well as an SEC title and an appearance in the 2018 College Football Playoff National Championship Game. A finalist for last year’s Manning Award, Fromm is on the SEC Academic Honor Roll and was Georgia’s 2019 Vince Dooley Athlete of the Year. He was named to 2019 Allstate AFCA Good Works Team and has worked diligently with Extra Special People (ESP), an organization assisting individuals with developmental disabilities, among a number of other charities.

The winner of the Jason Witten Collegiate Man of the Year will also receive a $10,000 contribution in his name to his school’s athletic scholarship fund. The contribution will be made by Jason Witten’s SCORE Foundation, the official charity of Jason and his wife Michelle. The SCORE Foundation, founded in 2007, has positively impacted tens of thousands of children and families in Texas and Tennessee over the last 12 years. The foundation operates its nationally-recognized SCOREkeepers program, which places trained male mentors on staff to work with children at family violence shelters, at nine shelters in the two states.

Witten is one of the best tight ends in the history of the sport and the Cowboys’ all-time leading receiver. He has served as one of football’s most prominent role models during his 16-year pro career. In addition to winning the Walter Payton NFL Man of the Year Award in 2012, Witten also received the Bart Starr Award, Pro Football Weekly’s Humanitarian of the Year Award, Home Depot NFL Neighborhood MVP and the Bob Lilly Award, among many others.