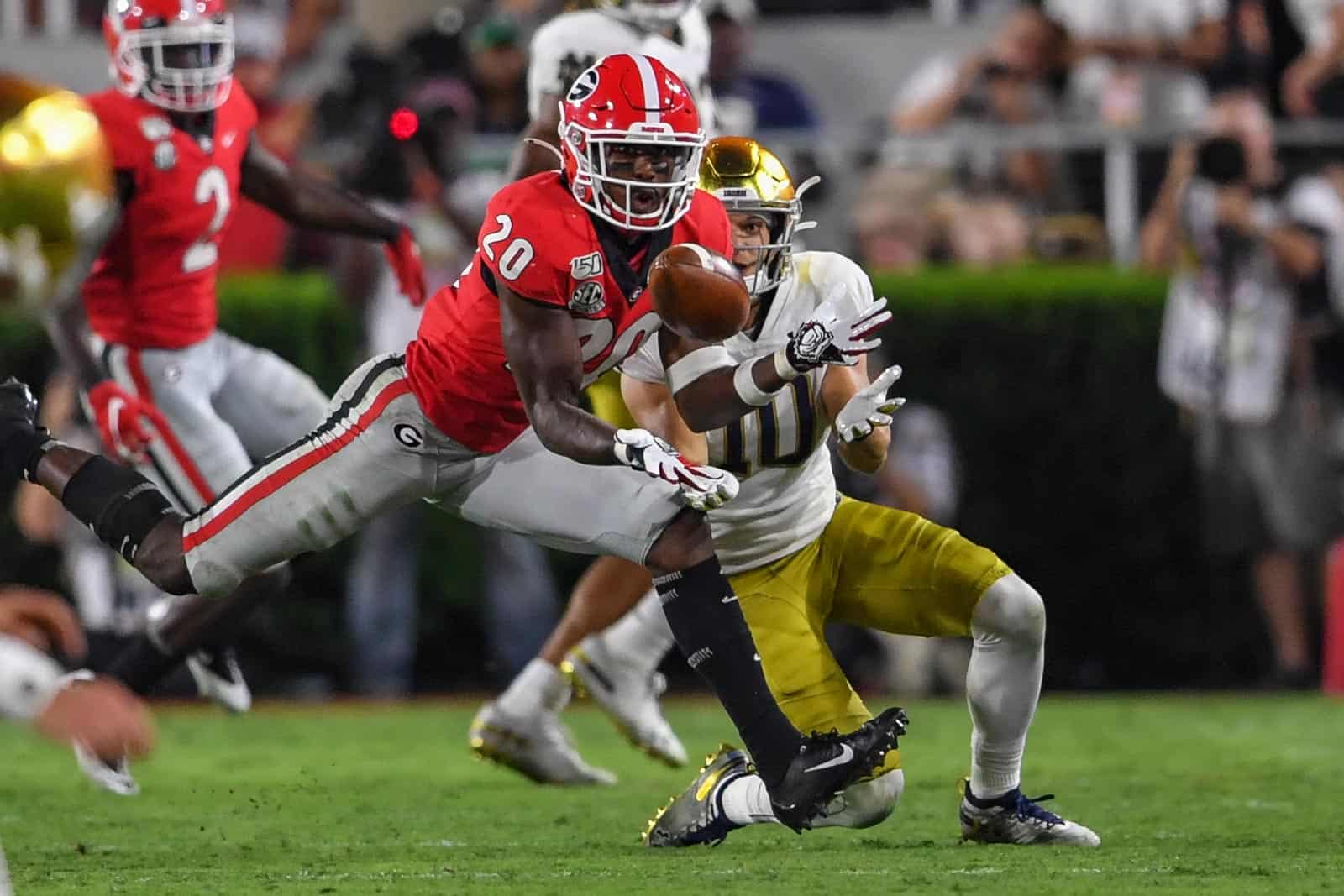 UGA senior defensive back J.R. Reed has been named a finalist for the 2019 Bronko Nagurski Award, the Football Writers Association of America (FWAA) announced on Wednesday.

The Bronko Nagurski trophy is an annual award given to the top defensive player in college football as voted by the FWAA. J.R. Reed is one of five finalists for the award this season.

Below are the five finalists with info from the FWAA:

Derrick Brown, DT, Auburn (6-5, 318, Sr., Sugar Hill, Ga.): Brown is the rare playmaker tucked in the middle of Auburn’s line. Consistently double-teamed, Brown has still produced 43 tackles that are fourth on the Tigers’ defense along with 9.0 tackles for loss and 4.0 sacks, both second on the team. The team captain’s best games have come in November, with seven tackles each against 2nd-ranked LSU and Ole Miss and most recently six against 5th-ranked Georgia. The Ole Miss game was one of three times he earned SEC Defensive Player of the Week. Brown has 157 career tackles, 30.0 TFL’s and 13.0 sacks, and is the third Auburn player to be a finalist following defensive tackle Nick Fairley (2010) and cornerback Carlos Rogers (2004).

J.R. Reed, S, Georgia (6-1, 194, Gr., Frisco, Texas): Reed has been a constant in the Bulldogs’ secondary with 39 consecutive starts at safety. He is third on the team with 43 tackles and has 2.0 tackles for loss along with a half-sack and has caused and recovered one fumble. He already has his degree in Communications Studies. More than half (23) of his tackles have been solo stops; in last week’s win over Auburn he had five tackles, his second-highest total of the season, all of them solo. Thanks in part to the contributions above as well as one interception, Reed has led Georgia to be the SEC’s top defense in scoring (10.5 points per game, No. 2 nationally), rushing defense (75.5 ypg, No. 3 nationally) and total defense (267.2 ypg, No. 6 nationally). Reed is Georgia’s seventh finalist and second in three seasons (linebacker Roquan Smith in 2017). Champ Bailey, a defensive back, won Georgia’s only previous Bronko Nagurski Trophy in 1998.

Isaiah Simmons, LB, Clemson (6-4, 230, Jr., Olathe, Kan.): One of the nation’s top linebackers and Clemson’s most prolific tacklers (74 on the season), Simmons leads the Tigers in sacks (6.0) and tackles for loss (12.0) with five pass breakups, an interception, a forced fumble and one recovery. To date Simmons is one of only five FBS players credited with at least 65 tackles, 11.5 TFL’s and 6.0 sacks this season. He has had five games of eight tackles or more. No one has been on the field at Clemson more than Simmons; his 536 snaps played is 69 more (13 percent) than fellow linebacker James Skalski. Simmons is Clemson’s fourth finalist of the last five seasons and its sixth overall. Defensive end Da’Quan Bowers won the Bronko Nagurski Trophy in 2010.

Antoine Winfield Jr., DB, Minnesota (5-10, 205, So., The Woodlands, Texas): Winfield has led the Golden Gophers’ secondary to become one of the country’s best. He leads Minnesota in total tackles (65, 47 solos) and has already tied the school record with seven interceptions that are second nationally and half of a team total 14 that is tied for third nationally and for the Big Ten lead. He is a fourth-year sophomore after receiving a waiver for a sixth year of eligibility upon losing the final eight games of the 2017 and ’18 seasons due to injury. He has a pick-six and two sacks this year. Winfield is Minnesota’s second all-time finalist following defensive back Tyrone Carter in 1999.

Chase Young, DE, Ohio State (6-5, 265, Jr., Upper Marlboro, Md.): The country’s second-leading sack master (13.5) leads a Buckeye defense that gives up only 216.4 yards per game and is 22 yards, or 10 percent, better than the No. 2 team (Clemson, 238.2). The team captain has 15 tackles for loss that are tied for seventh nationally and his 29 total tackles are fifth at Ohio State. He was the Trophy’s National Player of the Week following the weekend of Oct. 26 after he tied career highs with four sacks and five tackles for loss in Ohio State’s 38-7 win over Wisconsin. His combined 193 yards lost on sacks and TFL’s is second in the nation. Young is Ohio State’s first finalist since 2007 and its fourth overall. Linebacker James Laurinaitis won the Bronko Nagurski Trophy in 2006.

The annual Bronko Nagurski Trophy Banquet will be held on Monday, Dec. 9 at the Charlotte Convention Center and Ohio State head coach Ryan Day will be the keynote speaker.

J.R. Reed, who hails from from Frisco, Texas, has played in all 10 games during the 2019 season and has 43 total tackles (23 solo, 20 assisted). Reed also has one interception and one fumble recovery that resulted in a touchdown.