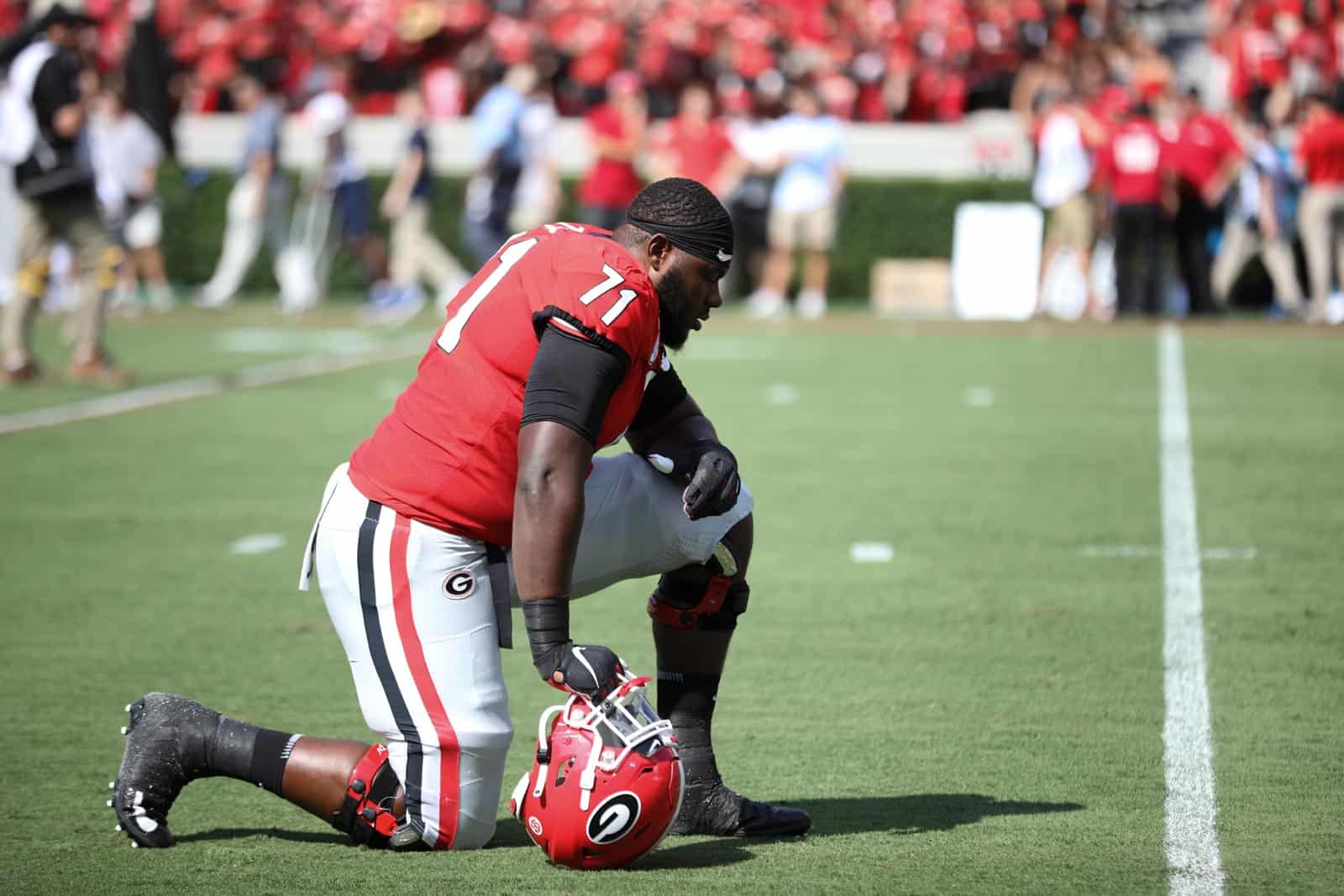 Auburn defensive tackle Derrick Brown was also selected for the honor. Thomas and Brown will meet each other on Nov. 16 as the No. 6 Bulldogs travel to take on No. 11 Auburn.

The Outland Trophy, presented by the National Foundation for Infectious Diseases, is awarded annually to the nation’s best interior lineman. This is the second season for the FWAA to select national players of the month.

Thomas, a 6-5, 320-pound junior from Lithonia, Ga., is the eldest starting member of the Georgia offensive line and one of three Outland Trophy Watch List members on the roster, along with fellow junior Solomon Kindley at left guard and right tackle Isaiah Wilson.

Thomas has been the stalwart on the left side this season protecting junior quarterback Jake Fromm, continually grading at 90 percent or above on the Pro Football Focus scales. The outstanding play up front has yielded plenty of results. Georgia is second in the SEC with 222.4 rushing yards per game, with the bulkiest line in school history, averaging 6 feet, 5 inches and 328.6 pounds. The Bulldogs were third in the SEC through October with 36.0 points per game and are tied for tops in the nation by yielding only 4.0 sacks this season.

The Bulldogs are the only FBS team to have four different players go over 1,000 yards rushing during the 2017-18 seasons, and this season junior D’Andre Swift is closing in on another with 838 yards and seven touchdowns. He is averaging 6.2 yards per carry and 12.3 yards per catch on 14 receptions. Led by Thomas, the line play helped earn Swift the SEC Offensive Player of the Week after a 179-yard rushing game Oct. 19 against Kentucky. Thomas has been the SEC Offensive Lineman of the Week twice this season.

The recipient of the 74th Outland Trophy will be announced during ESPN’s The Home Depot College Football Awards on Dec. 12, live from the College Football Hall of Fame in Atlanta. The official presentation to the winner will be made at the National Foundation for Infectious Diseases Outland Trophy Award Dinner sponsored by Werner Enterprises on Jan. 15, 2020, in Omaha, Neb. Up to seven semifinalists will be named on Nov. 20 and three finalists for the award will be announced on Nov. 26.