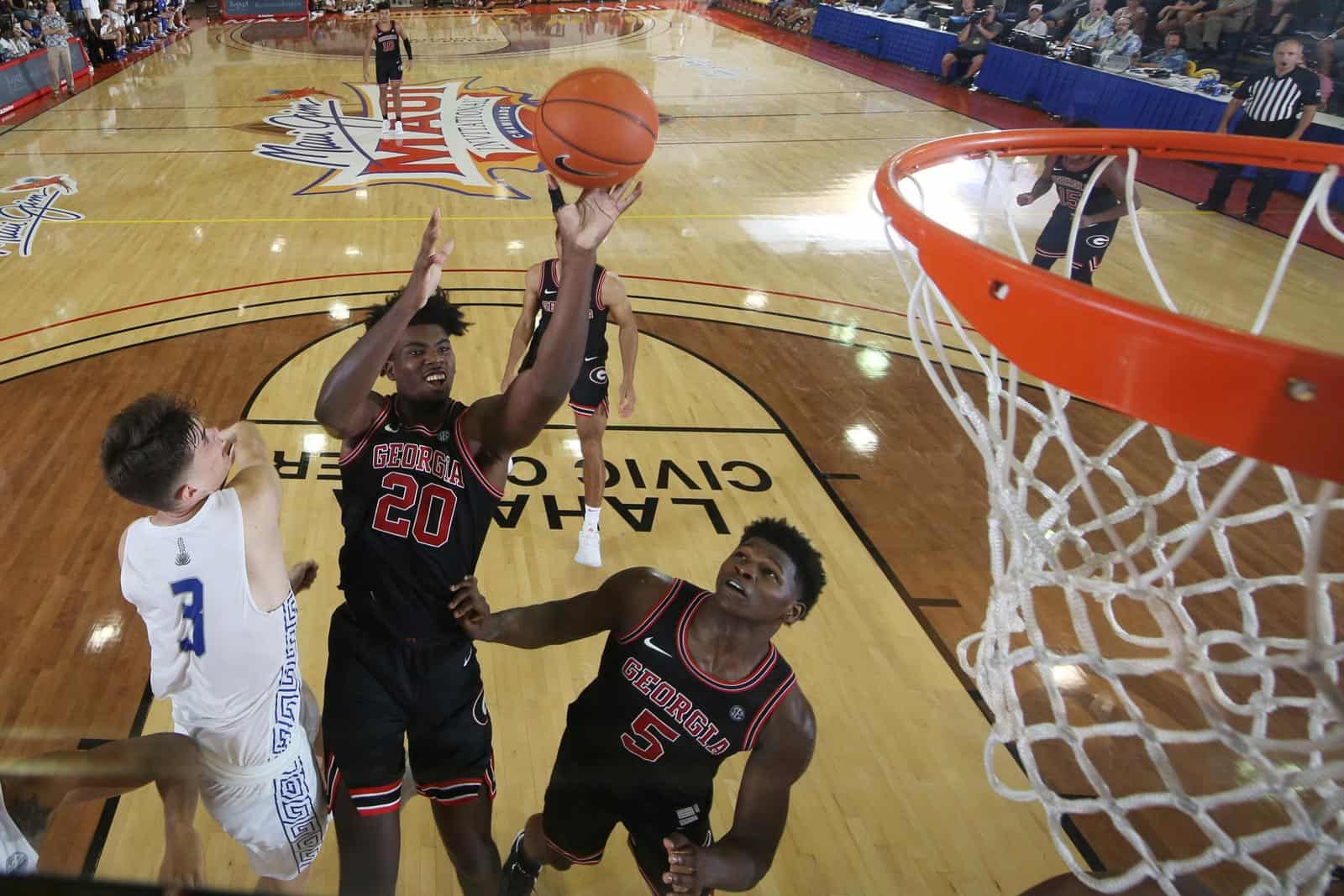 LAHAINA, MAUI, HAWAII – The Georgia Bulldogs outlasted the Chaminade Silverswords to clinch the 80-77 victory and conclude play at the Maui Jim Maui Invitational on Wednesday at the Lahaina Civic Center.

Freshman Anthony Edwards posted another impressive performance across the board. He led the team in scoring with 24 points. He also recorded eight rebounds and three assists while tacking on two blocks and a steal. Not to mention, Edwards was responsible for draining the game-winning three-pointer.

Junior Rayshaun Hammonds was the only other Bulldog to score in double-digits, tallying 12 points. He paced the team in boards with 10 to record his fourth-career double-double.

As a team, Georgia won the rebounding battle, 45-26, while outperforming Chaminade on the offensive glass, 19-7.

“We said yesterday, and I knew they wouldn’t believe me, that today would be the hardest game of the year,” Georgia Head Coach Tom Crean said. “To come away from that game yesterday, with the comeback and the emotion and have to turn around and find a way to win the next day. Joe Scott did an amazing job, we got our tone set last night. The message was we are 0-2. That was the message and we had one more opportunity to fix that in Maui and that is exactly how we had to be.”

The two teams would exchange leads for the opening 10 minutes, until a 6-0 run gave the Bulldogs a 27-21 advantage with 9:37 to play. While the Silverswords were able to make it a one-point game, seven-straight points from Edwards extended Georgia’s advantage to nine, the largest lead of the game.

A shot at the buzzer from Chaminade cut the Bulldogs’ lead to one (38-37) heading into the locker room.

Out of the half, the Silverswords extended their first-half run to 9-0 to gain the first advantage of the second period. While baskets from Edwards and Wheeler regained and extended the Georgia lead, Chaminade was able to knot it 47-all with 16:15 to play.

The Bulldogs would face their largest deficit of five with 13:42 remaining. Two more lead changes occurred before an and-one from Edward sparked a 7-0 Georgia run to go in front 64-58.

With 8:31, the Bulldogs tied their largest lead of the day, gaining a nine-point advantage.

Chaminade was able to chip away at its deficit, getting it down to one once more before tying the game 74-all with nine seconds remaining. Edwards drained a game-winning three-point shot as time expired to seal the 80-77 Georgia victory.

As this game wraps up play for the Bulldogs in Maui, they will travel back to Athens to host North Carolina Central on Wednesday, Dec. 4, at 7 p.m. The contest will be televised on SECNetwork+.