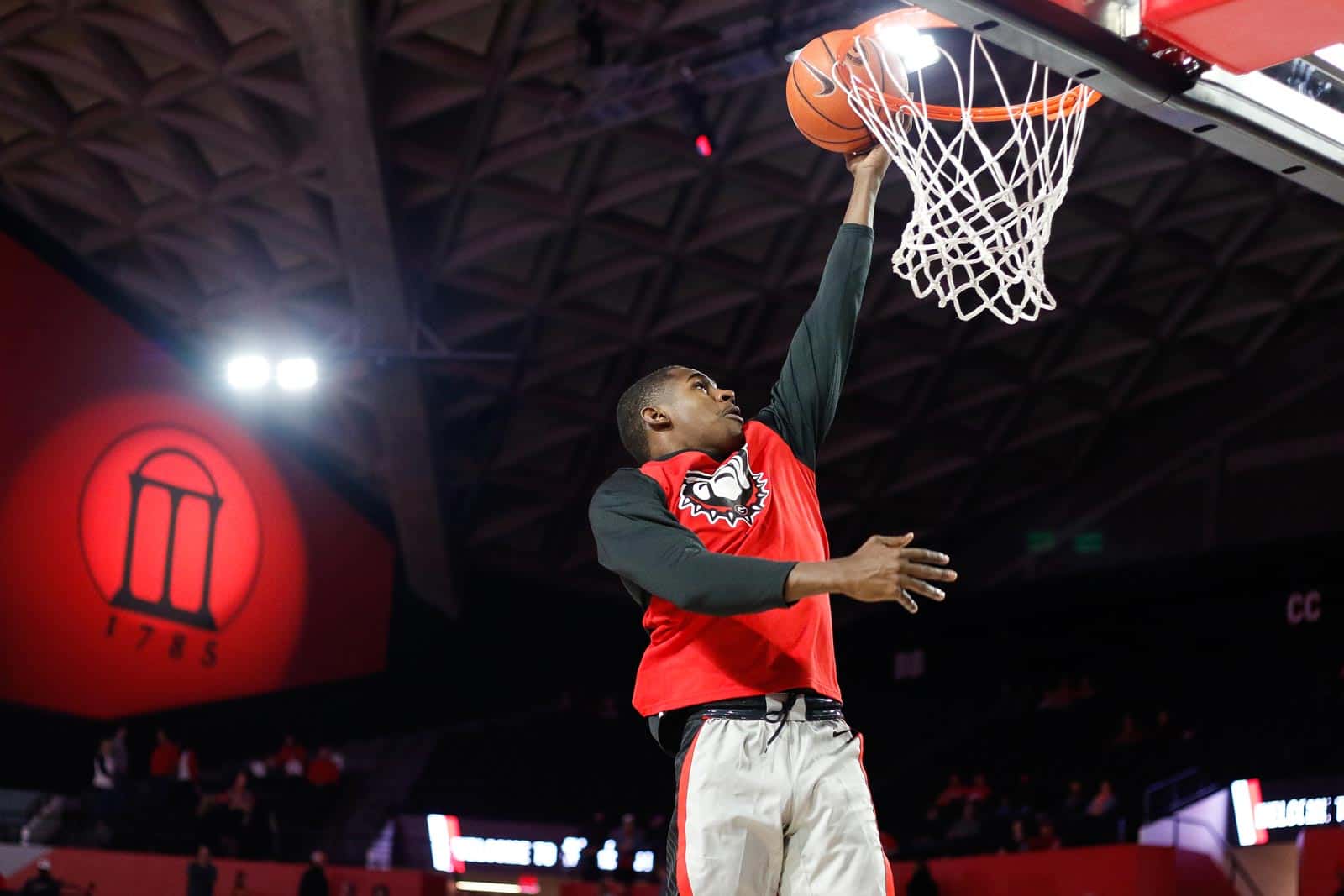 ATHENS, Ga. — The Georgia Bulldogs have added an exhibition contest against Valdosta State next Friday to their pre-season schedule and also have finalized tip times for eight non-conference home games, which will all tip at 7:00 p.m.

Georgia will take on Valdosta State next Friday, Oct. 18 at 7:00 p.m. at Stegeman Coliseum. Admission will be free.

Valdosta State is coming off a 24-7 season when the Blazers won the Gulf South Conference regular-season title and advanced to the NCAA Tournament before falling to West Alabama in the South Regional. Valdosta State returns a trio of double-digit scorers from last season – Clay Guillozet (13.1 ppg), Bryce Smith (10.2 ppg) and Darrell Jones (10.1 ppg).

All eight of the Bulldogs’ non-conference home dates at Stegeman Coliseum will tip at 7:00 p.m.

At least four of Georgia’s non-conference contests will be televised. Home matchups against SMU on Friday, Dec. 20, and versus Georgia Southern on Monday, Dec. 23 will air on the SEC Network. The Bulldogs’ contest at Memphis on Saturday, Jan. 4 will be broadcast nationally on CBS and tip at 1:00 p.m. ET. Georgia’s first-round game against Dayton in the Maui Jim Maui Invitational will be televised on ESPN2 on Nov. 25 at 2:30 p.m. ET. The Bulldogs’ other two games in Maui may appear on TV depending on their place in the tournament bracket.

Georgia will open the season with a four-game homestand that will be available via SEC Network Plus, the HD quality streaming service of SEC competition in virtually every sport. Outings against North Carolina Central on Wednesday, Dec., 4 and Austin Peay on Monday, Dec. 30 will also be available through SEC Network Plus.

Last season, Georgia broke its all-time total attendance record during head coach Tom Crean’s first season at the helm. The Bulldogs broke their previous record by more than 9,000 fans and had seven sellouts during the 2018-19 campaign.

The excitement from last winter is expanding for the upcoming campaign as the Bulldogs welcome one of the nation’s top-5 recruiting classes that features five of the top-100 prospects in the Class of 2019. In addition, Georgia’s roster features five letterwinners who combined to score exactly 1,000 points last season.

Non-renewable season tickets for Georgia’s 17-game home slate are now on sale for $255. Single-game tickets, which are $15, will go on sale on Oct. 24. The Bulldogs’ home schedule includes games against eight teams that earned postseason bids last spring, including six NCAA Tournament participants. Fans interested in purchasing non-renewable season tickets can do so online here or by calling the UGA ticket office at 877-542-1231.