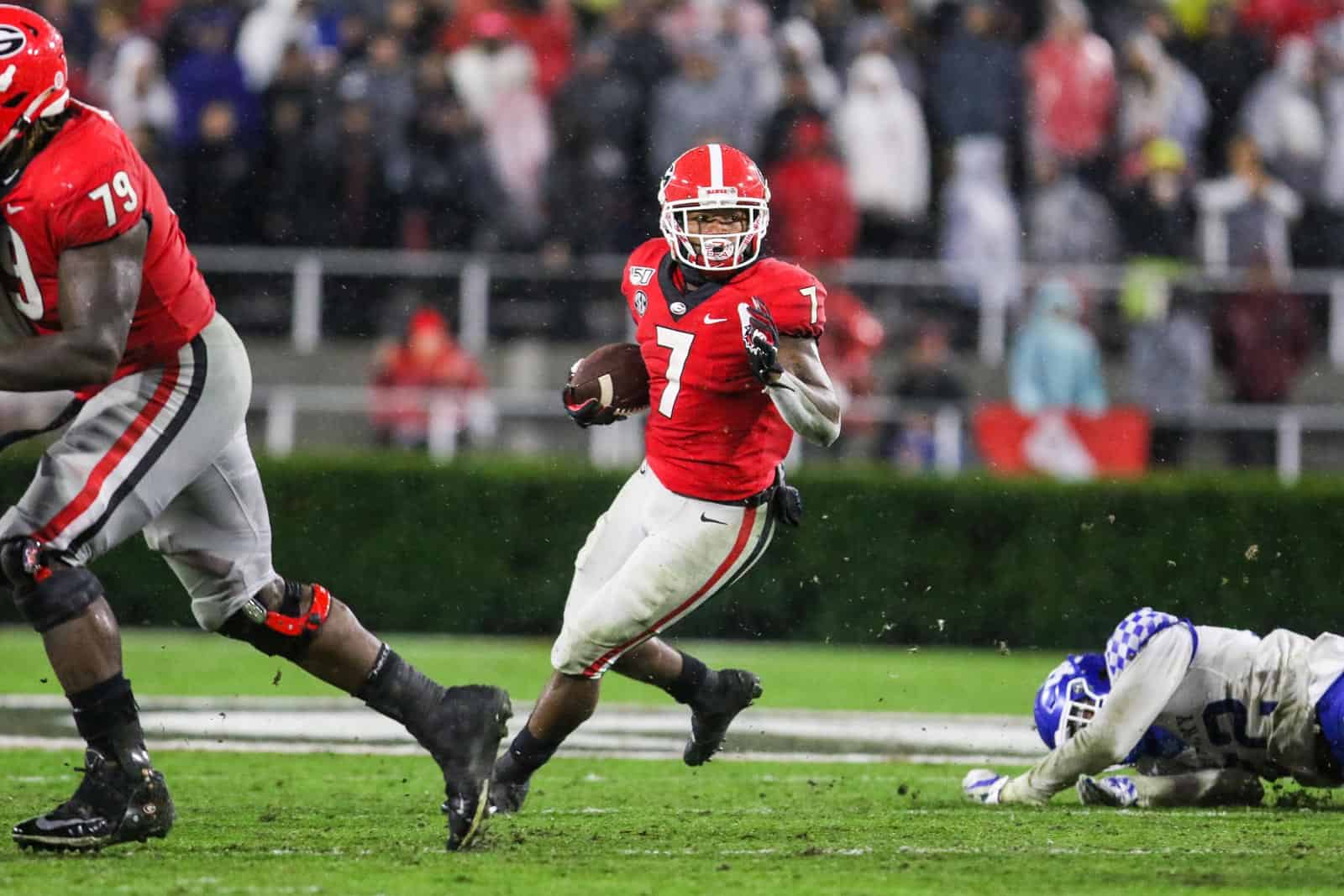 UGA football junior running back D’Andre Swift has been named the SEC Offensive Player of the Week, the conference announced on Monday.

In Georgia’s 21-0 win over the Kentucky Wildcats on Saturday, D’Andre Swift rushed 21 times for 179 yards and scored two touchdowns.

No. 10 Georgia is off this weekend, which is their second and final open date of the season. The Bulldogs’ next game is on Saturday, November 2 against the No. 7 Florida Gators at TIAA Bank Field in Jacksonville, Fla. The game is set for 3:30pm ET on CBS.