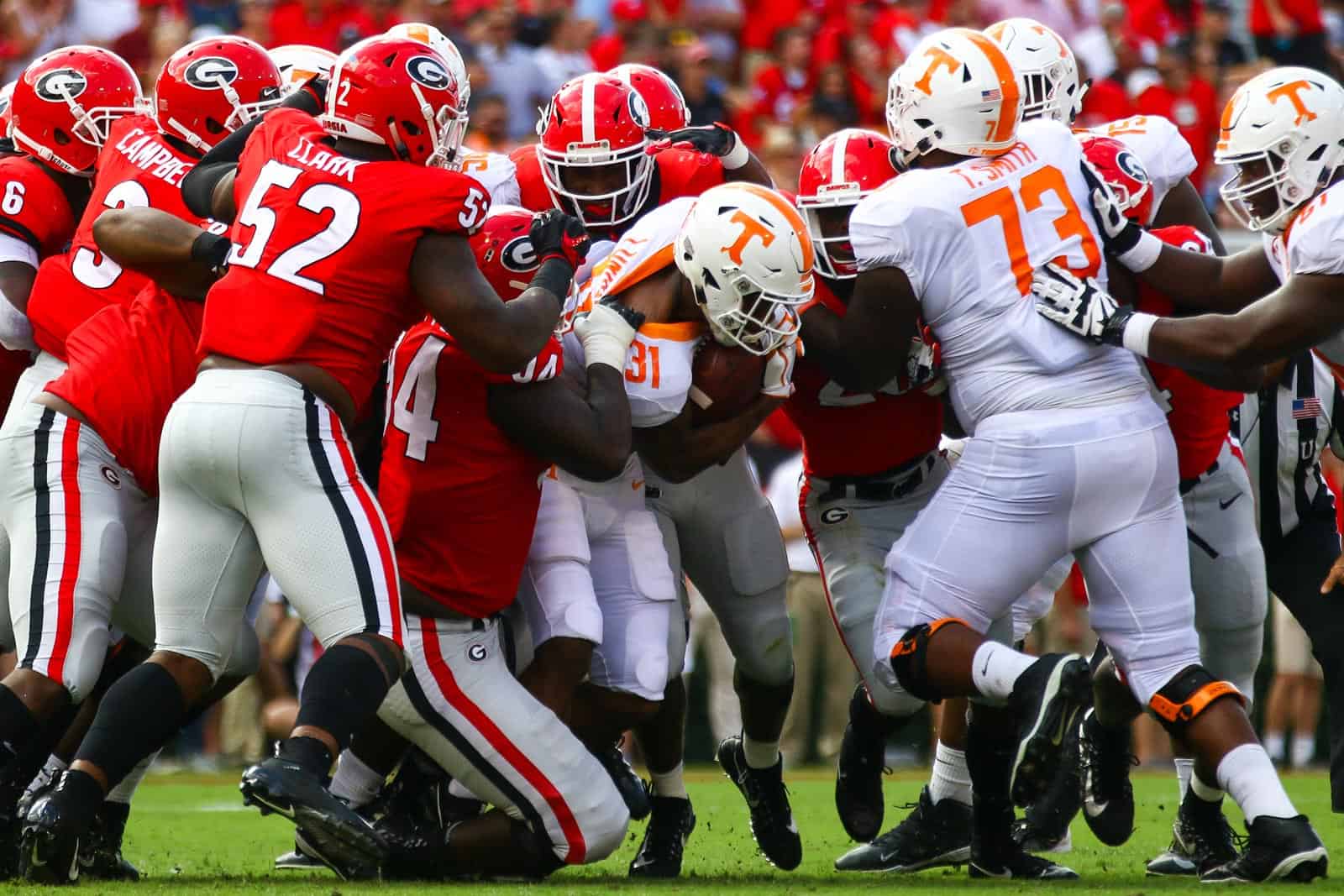 Georgia’s game at the Tennessee Volunteers in Knoxville on Saturday, October 5 will be televised by ESPN at 7:00pm ET, the conference has announced.

UGA has defeated Tennessee the past two seasons in convincing fashion. The Bulldogs won last season 38-12 in Athens, and in 2017 the Dawgs blanked the Volunteers in Knoxville, 41-0.

With Georgia’s last two victories, the series is currently all square at 23-23-2.

This will be Georgia’s second appearance on ESPN this season following their season-opening victory at the Vanderbilt Commodores. Georgia has appeared on ESPN2 twice and CBS once so far in 2019.