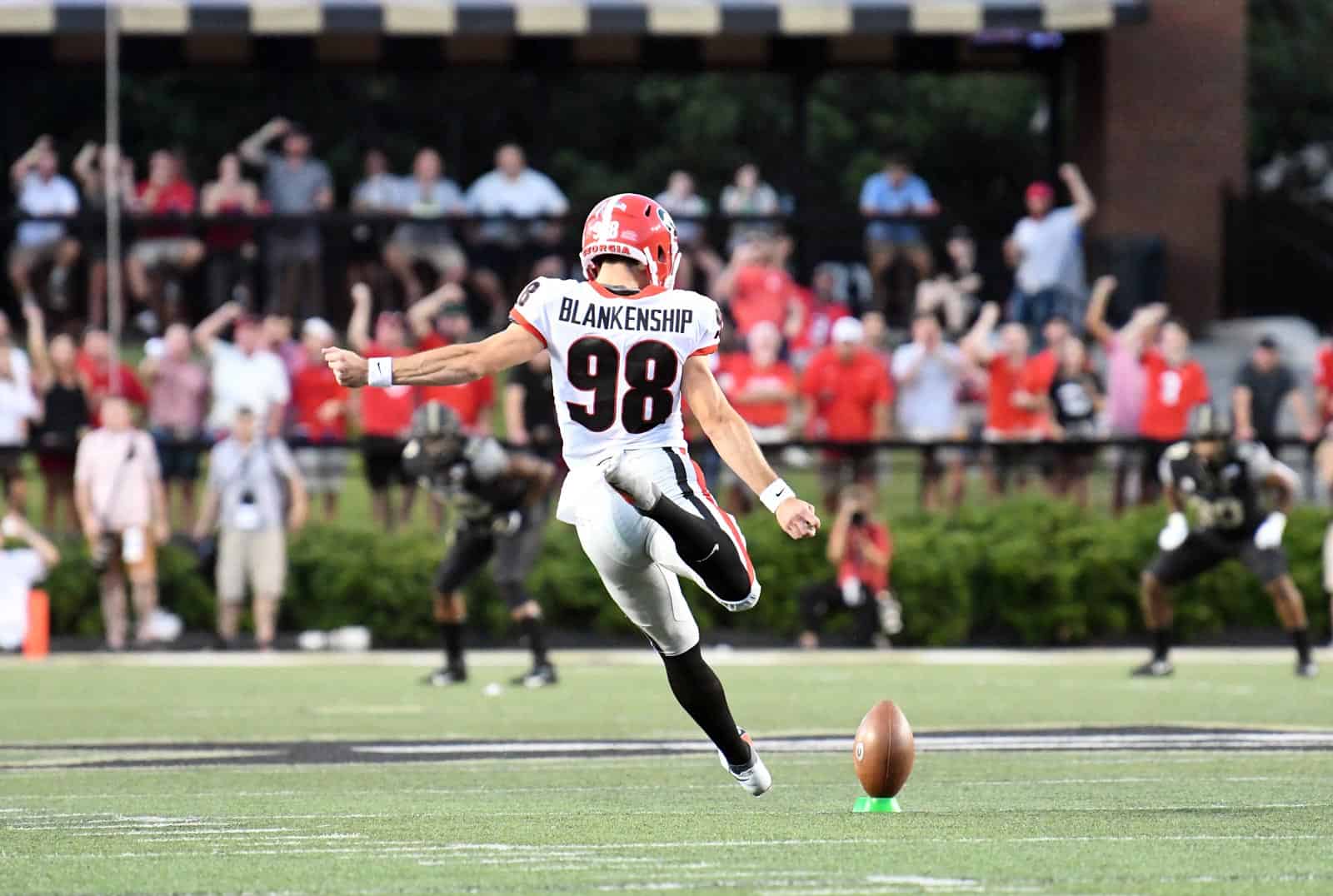 UGA football senior placekicker Rodrigo Blankenship and junior offensive tackle Andrew Thomas have both been named SEC Players of the Week for Week 1, the conference announced on Monday.

In Georgia’s 30-6 win against the Vanderbilt Commodores in Nashville, Tenn., on Saturday, Rodrigo Blankenship connected on all three of his field goal attempts plus all three extra points.

Blankenship’s three field goals were from 50-yards, 37-yards, and 31-yards. He is now 4-for-5 on field goals from 50 yards or more in his career in Athens.

This is the third SEC Special Teams Player of the Week honor for Rodrigo Blankenship. He shared the honor after a 27-24 victory over Kentucky in 2016 and then claimed the honor outright after a 41-17 win over South Carolina in 2018.

Andrew Thomas graded out at 92 percent for the Vandy game and he also had five knockdowns. Thomas was also part of an offensive line that allowed no sacks of junior quarterback Jake Fromm.

Thomas has claimed the SEC Offensive Lineman of the Week one time previously.

Georgia’s next game is this Saturday at home against the Murray State Racers. The Dawg Walk is set for 1:45pm ET and the game will be televised by ESPN2 at 4:00pm ET.