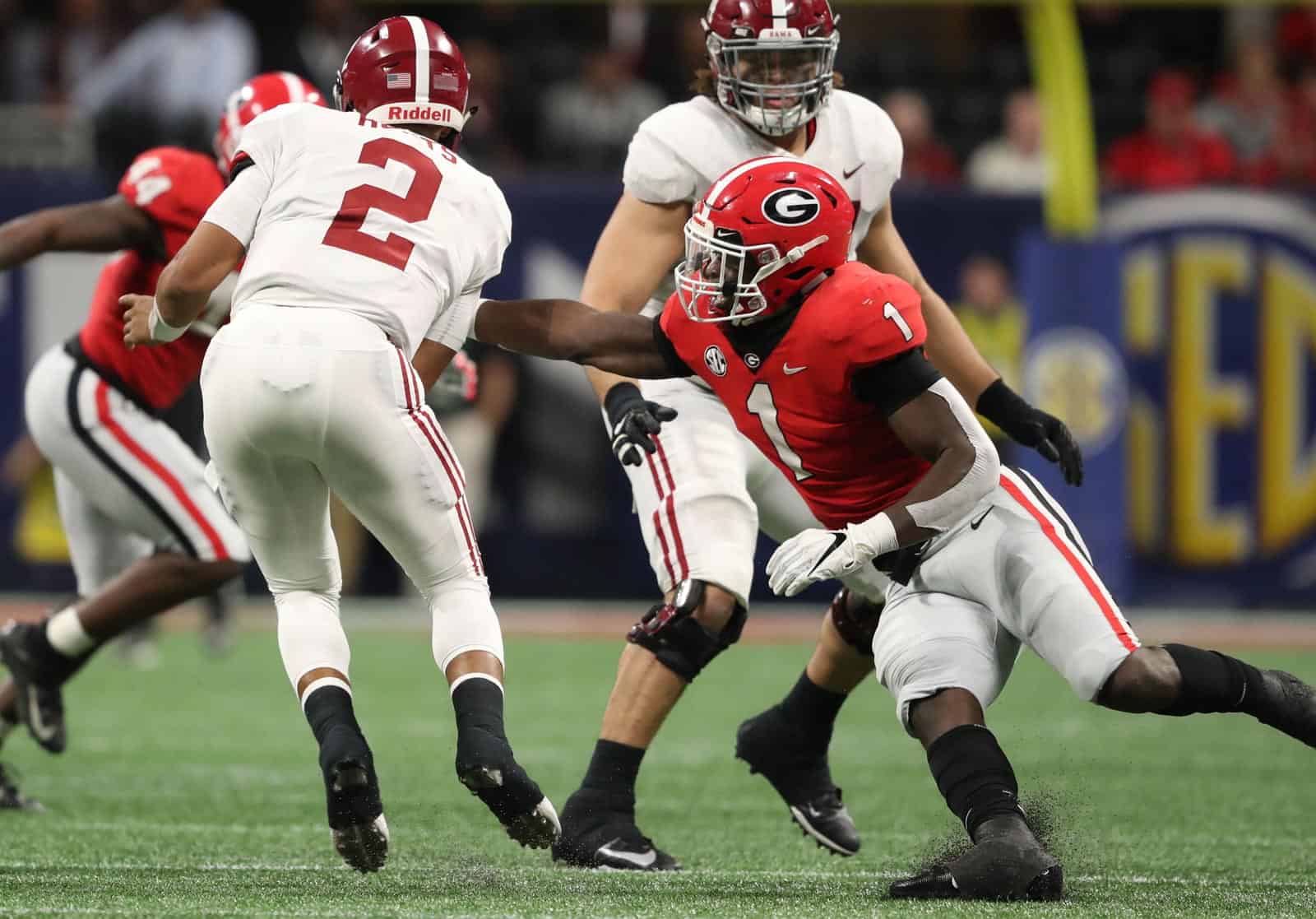 Brenton Cox, a sophomore outside linebacker, has been dismissed from the UGA football team, according to a report by UGASports.com.

UGASports.com also reports that Brenton Cox has already entered his name into the NCAA’s transfer portal.

The reason for the dismissal is unclear, but Cox was arrested this Spring on a charge of misdemeanor marijuana possession.

At a press conference this morning, UGA defensive coordinator Dan Lanning was asked what he expected from Brenton Cox this season. His answer was ominous.

“That’s a good question,” Lanning said. “I would actually leave that up to Coach Smart at this time.”

As a freshman for the Georgia Bulldogs, Brenton Cox played in 13 of 14 games and started once. He ended the season with 20 tackles (7 solo, 13 assisted), two tackles for a loss of 10 yards, and one sack.

Cox was a five-star signee out of Stockbridge High School. He signed with Kirby Smart and UGA during the early signing period in December of 2017.

The Georgia Bulldogs open the 2019 season on the road against the Vanderbilt Commodores on Saturday, August 31. The game will be televised by the SEC Network.