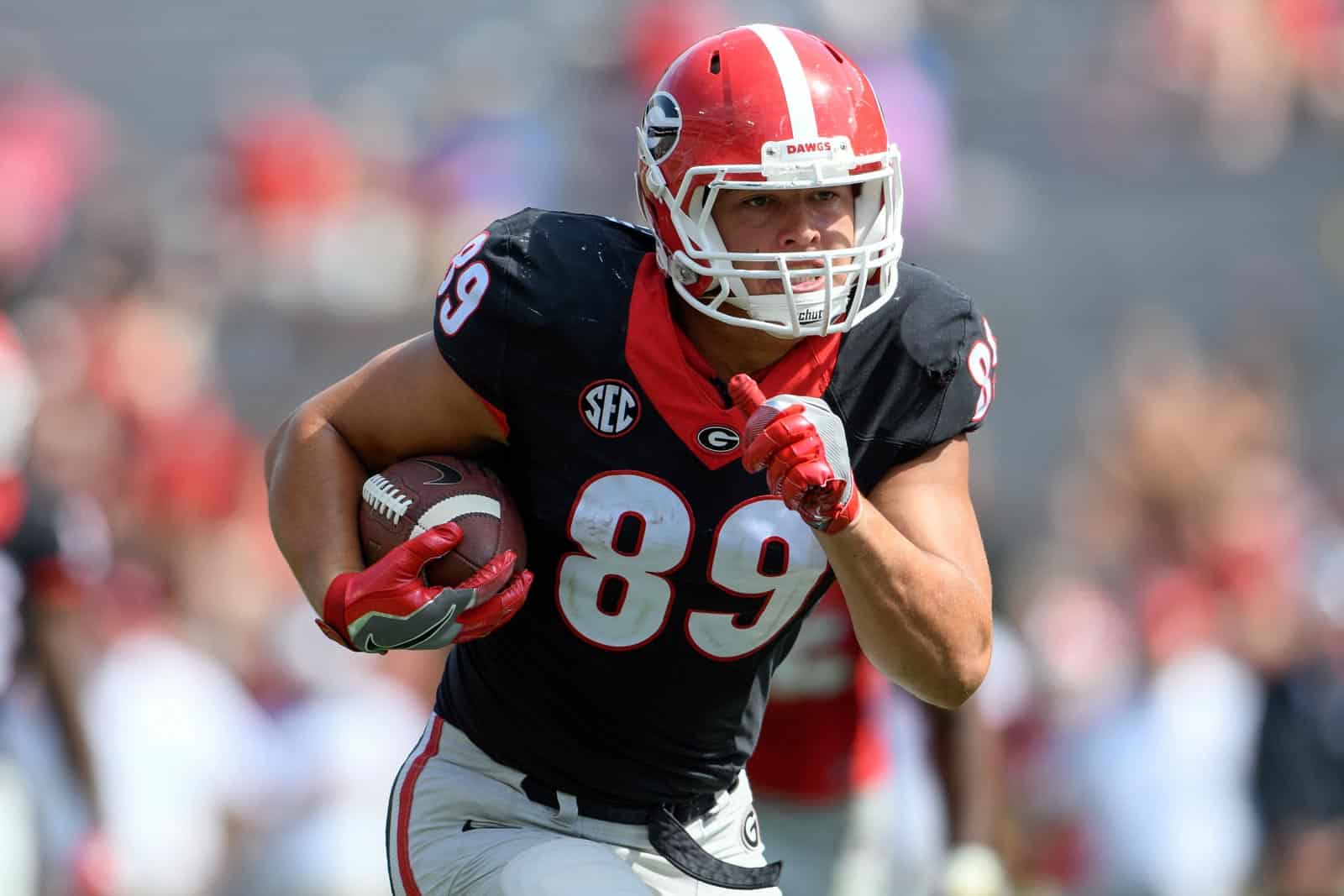 UGA senior tight end Charlie Woerner has been named to the 2019 John Mackey Award Watch List, The Friends of John Mackey have announced.

Woerner, the nephew of former Georgia All-America defensive back and 2016 College Football Hall of Fame inductee Scott Woerner, is one of 60 tight ends on the 2019 John Mackey list. The award is given annually to the most outstanding collegiate tight end.

The winner of the 2019 John Mackey Award will be announced on Wednesday, Dec. 11, 2019 and then presented live on Thursday, Dec. 12 at The Home Depot College Football Awards Red Carpet Show on ESPNU.

Woerner, a native of Tiger, Georgia, played in nine games during the 2018 season. He recorded 11 receptions for 148 yards. Overall, Woerner has caught 25 passes for 298 yards in his three seasons in Athens.

The Bulldogs are set to open the 2019 season on Saturday, August 31 in Nashville, Tennessee, against the Vanderbilt Commodores. The game will air on the SEC Network at 7:30pm ET.