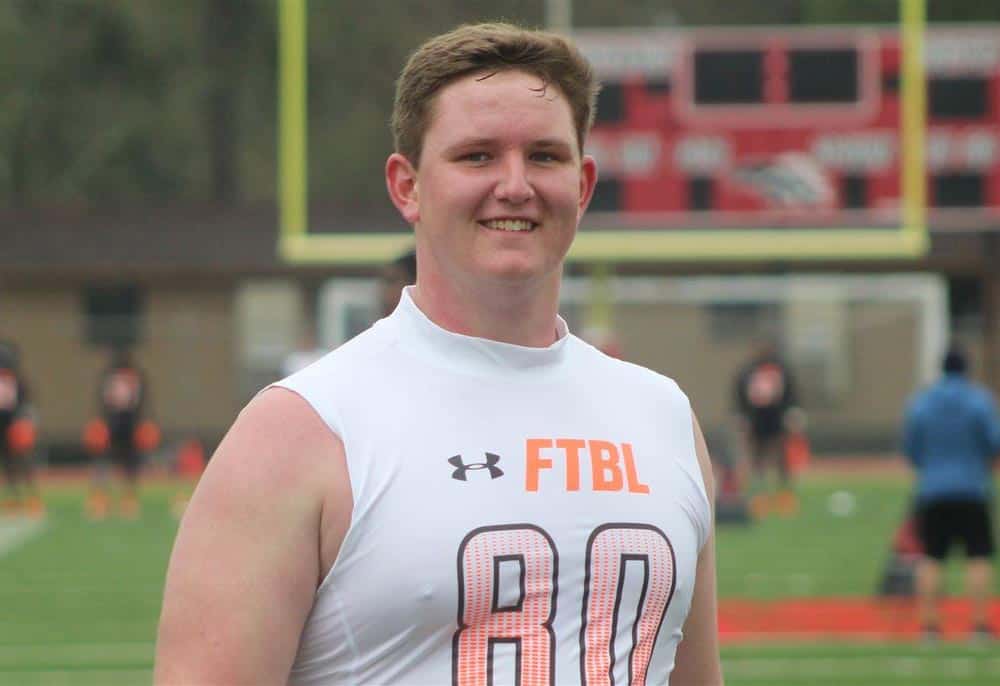 The Georgia Bulldogs have picked up a commitment for the class of 2020, this one from offensive lineman Chad Lindberg of League City, Texas (Clear Creek H.S.).

Chad Lindberg (6-6.5, 327) committed to the Bulldogs over offers from most of the top schools in the country, including Alabama, Auburn, Clemson, Florida, LSU, Miami, Notre Dame, Ohio State, Oklahoma, Oregon, Stanford, Texas, Texas A&M, USC, and others.

“At Georgia, I like Sam Pittman a lot,” Lindberg told Rivals analyst Sam Spiegelman recently. “I went to Georgia on spring break, and it was just me and Coach Pittman on campus. I spent the whole day with him, and he talked about all the people he’s prepared for the NFL, the lives he’s changed. Coach Pittman is a good guy and a better coach.”

The Georgia Bulldogs now have 15 commitments for the class of 2020. According to the 247Sports team rankings, Georgia’s class is currently ranked 5th behind Clemson, Alabama, LSU, and Ohio State.