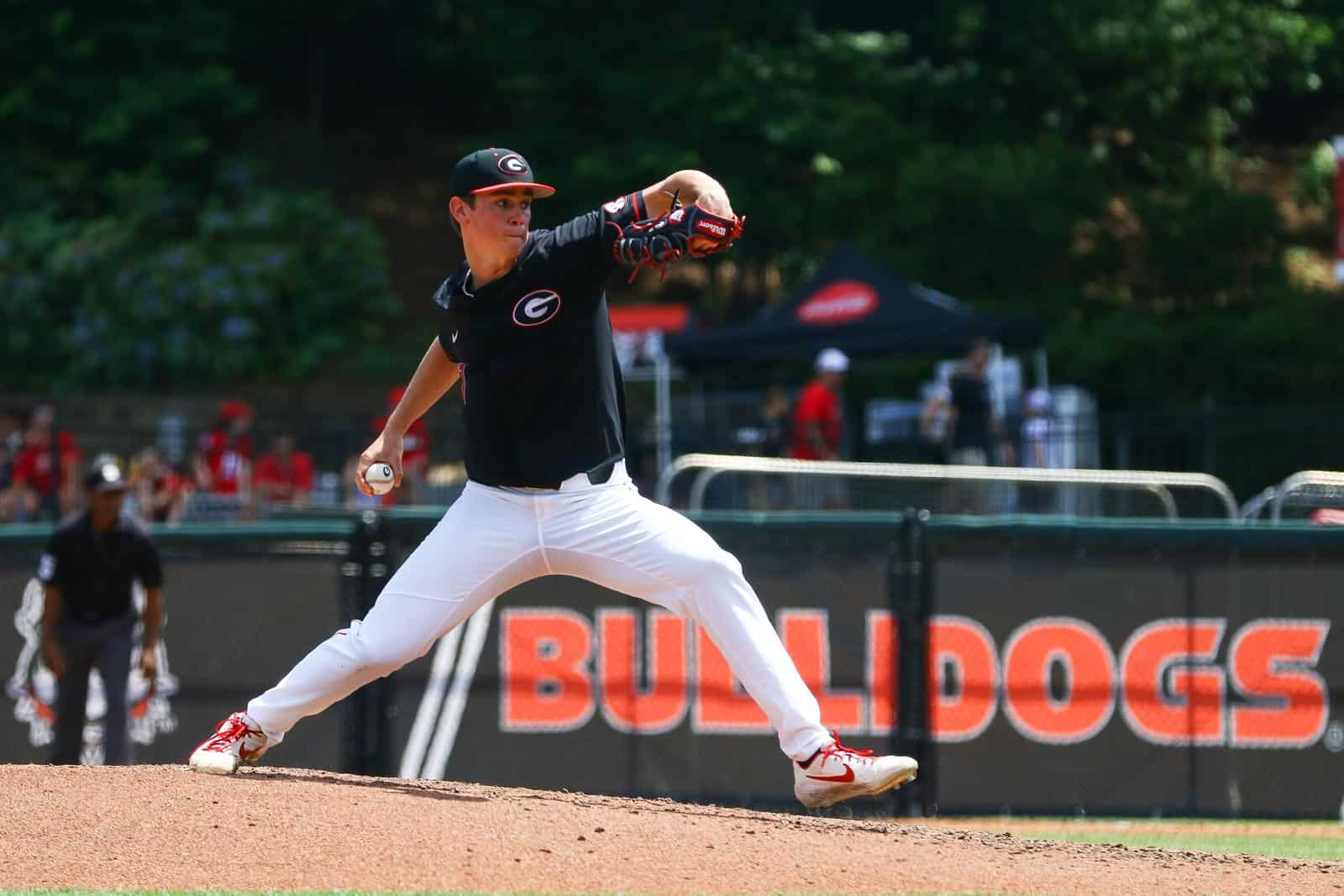 Georgia pitcher Emerson Hancock (17) during game three of a baseball series between Georgia and Alabama in Athens, Ga., on Saturday, May 18, 2019. (Photo by Kristin M. Bradshaw/UGA)

Schunk, a 6-2, 205-pound native of Atlanta, Ga., earned First Team All-America honors as a utility player. He served as the starting third baseman and closer for the Bulldogs in 2019. The Colorado Rockies selected Schunk in the second round (62ndoverall) of Major League Baseball’s draft last Monday. He is a finalist for the John Olerud Award, given to the nation’s top two-way player by the College Baseball Foundation. The winner will be announced later this month. Schunk is the first Bulldog to be named a First Team All-American since first baseman Rich Poythress in 2009. Last year, Schunk and Keegan McGovern were selected to numerous Third Team All-America squads.

Hancock, a 6-4, 215-pound right-hander from Cairo, Ga., went 8-3 with a 1.99 ERA in 14 starts as a sophomore this past season to make Baseball America’s Second Team. In 90.1 innings, Hancock registered 97 strikeouts and only 18 walks while holding the opposition to a .185 batting average. Hancock’s 1.99 ERA was the eighth best in school history and lowest by a Bulldog starter since 1977 (Chuck Fore, 1.67). He is a member of the SEC Academic Honor Roll, majoring in Management.

Currently, Hancock is on the 24-man USA Baseball Collegiate National Team (CNT) summer roster. He was a semifinalist for the Golden Spikes Award and the Dick Howser Trophy. Earlier this month, he was named a second team All-American by Collegiate Baseball.

Hancock headlines a talented Bulldog squad that returns 11 pitchers and six starting position players in 2020. The 2019 Georgia team earned a No. 4 National Seed and reached the NCAA Athens Regional Final with a 46-17 record. They posted a school record 21-9 mark in Southeastern Conference action. Georgia was nationally ranked among the top 10 for much of the season. Final top 25 rankings will be released at the end of June following the conclusion of the College World Series.