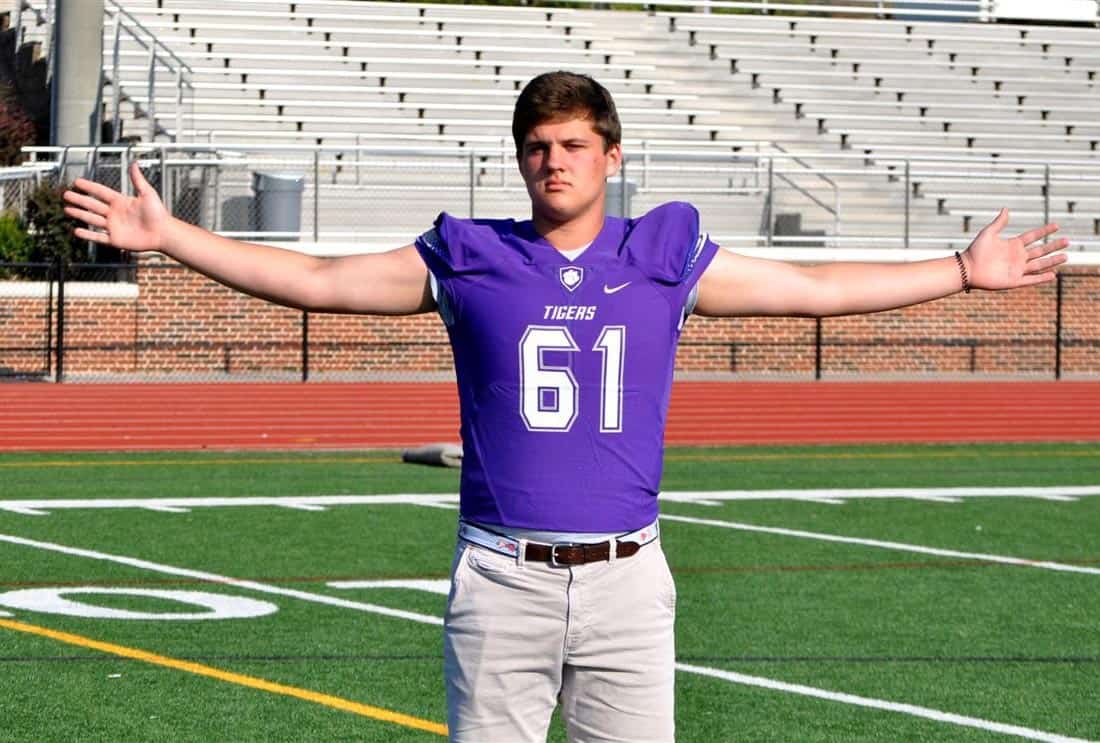 Tate Ratledge, a four-star offensive tackle from Rome, Georgia, has committed to the Georgia Bulldogs for the class of 2020.

Ratledge announced his commitment to the Bulldogs at a ceremony at his high school, Darlington School, on Monday morning.

“I sat down with Coach [Sam] Pittman for a long time. We talked about everything. I sat down with Coach [Kirby] Smart for about an hour,” Ratledge told Rivals.com in March. “I watched practice and watched how Pittman coaches. I like how they practice really fast. Coach Pittman is intense; I like that. The offensive line looks really good.”

Tate Ratledge (6-6.5, 311) committed to Kirby Smart and the Bulldogs over Tennessee, a team he grew up rooting for. He also had offers from most of the top schools, including Alabama, Auburn, Florida, LSU, Michigan, Penn State, Virginia Tech, and others.

In the 247Sports Composite, Tate Ratledge is rated as a four-star recruit, the No. 5 offensive tackle, and the No. 39 overall recruit for the 2020 class.

Ratledge is also rated as a four-star recruit by Rivals.com. They list him as the No. 30 overall recruit and the 5th best offensive tackle in the country.

Ratledge later tweeted out his commitment to Georgia.

With Ratledge’s commitment, the Georgia Bulldogs have moved up four spots to No. 5 in the 247Sports team rankings for 2020.