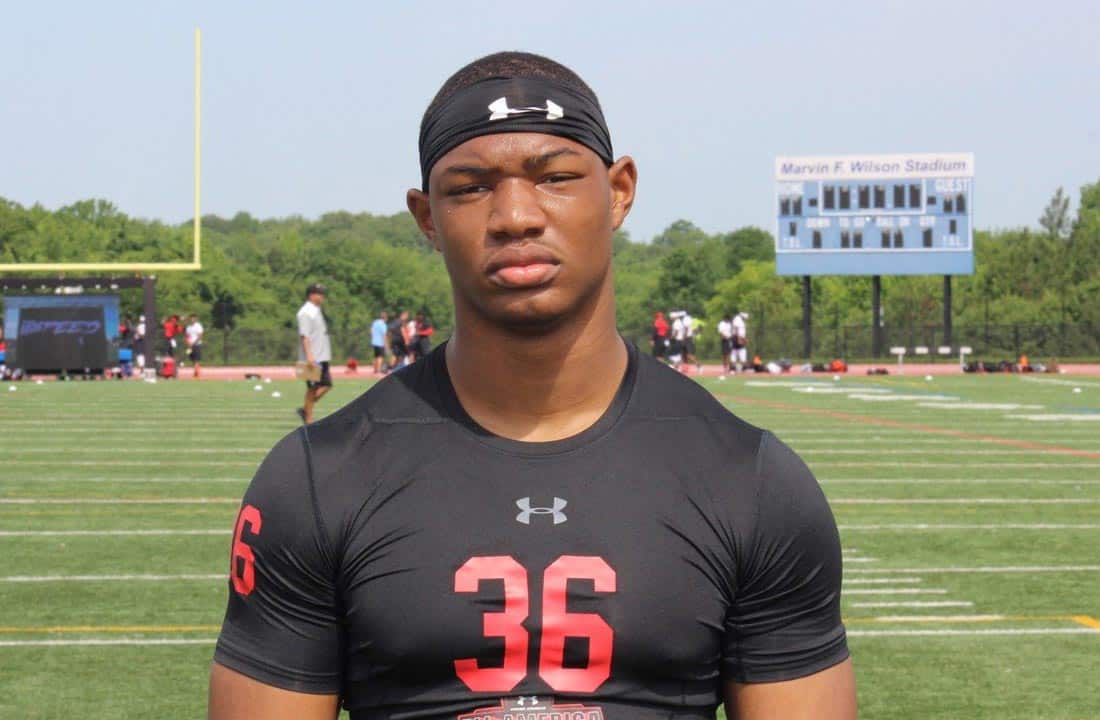 Mekhail Sherman, a five-star outside linebacker from Washington, DC, has committed to the Georgia Bulldogs for the class of 2020.

Sherman announced his commitment to the Bulldogs late Thursday evening.

“Georgia had the family vibe we were looking for,” Sherman told Rivals.com. “I’ve said that a few times, but it’s the truth. They have a sense of hospitality that made us feel really comfortable. The main person that was recruiting me was coach Dan Lanning, but everybody had a part in it.

In the 247Sports Composite, Mekhail Sherman is rated as a five-star recruit, the No. 2 outside linebacker, and the No. 11 overall recruit for the 2020 class.

Sherman is also rated as a five-star recruit by Rivals.com. They list him as the No. 18 overall recruit and the 2nd best outside linebacker in the country.

With Sherman’s commitment tonight, the Georgia Bulldogs have moved up three spots to No. 9 in the 247Sports team rankings for 2020.

Wherever @CoachDanLanning is tonight.. I know he’s checking into his hotel like…. #CommitToTheG #GoDawgs 🐶 🐶 🐶 pic.twitter.com/870KjKfXVb