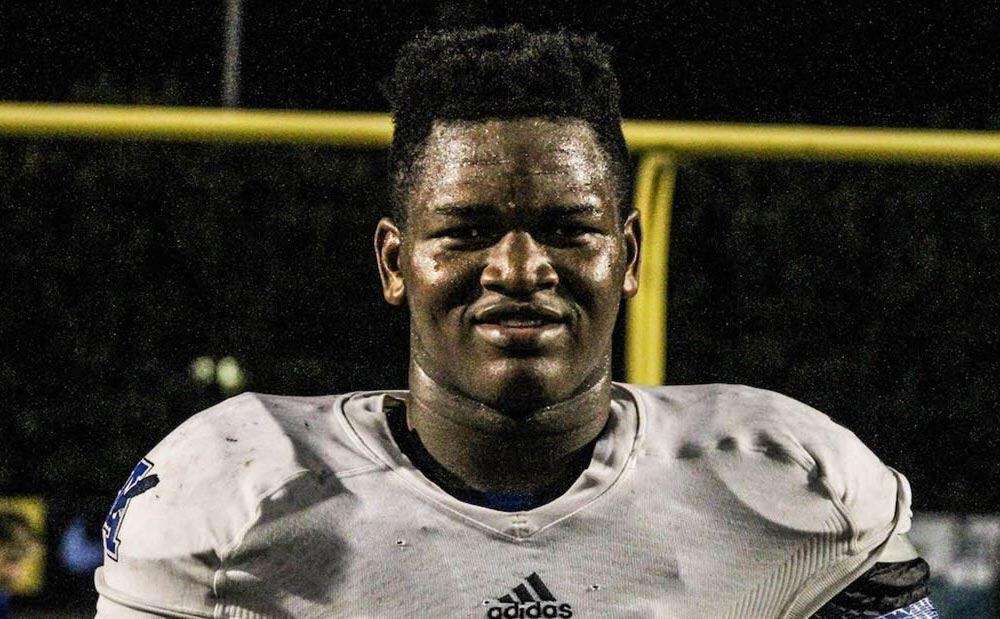 Jalen Carter, a four-star defensive tackle from Apopka, Florida, has committed to the Georgia Bulldogs for the class of 2020.

I am 100% committed to University of Georgia 🐶🐶🐶 pic.twitter.com/Au3dDhNC9F

Jalen Carter (6-4, 301) committed to Kirby Smart and the Bulldogs over Clemson and Alabama. He also had offers from most of the top schools, including Auburn, Florida, Florida State, LSU, Miami, North Carolina, Ohio State, and others.

In the 247Sports Composite, Jalen Carter is rated as a four-star recruit, the No. 10 defensive tackle, and the No. 95 overall recruit for the 2020 class.

Carter is also rated as a four-star recruit by Rivals.com. They list him as the 17th best defensive tackle in the country and a member of the Rivals250 for 2020.