Georgia opens as favorites in their four biggest games of 2019

Georgia opens as favorites in their four biggest games of 2019 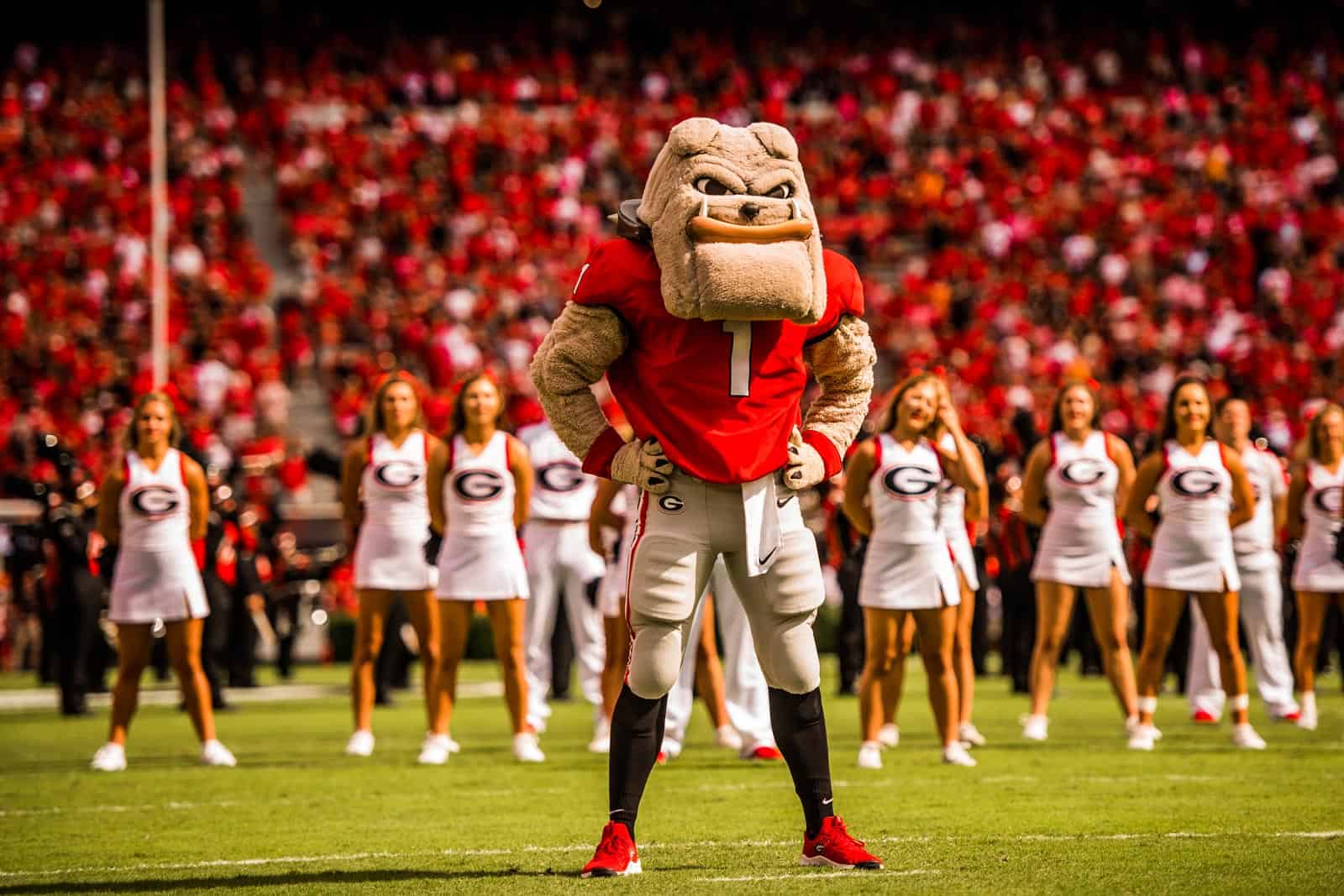 The Georgia Bulldogs have opened up as favorites in their four biggest games of the 2019 football season. Odds for the games were released today by BetOnline.ag.

Georgia’s four biggest games of the 2019 season are arguably Notre Dame and Texas A&M at home, Florida in Jacksonville, and Auburn on the road.

The Bulldogs will likely be favored big in their first three games of the season. Georgia opens the season at Vanderbilt on Aug. 31 and then hosts Murray State (Sept. 7) and Arkansas State (Sept. 14) at Sanford Stadium in Athens.

Other games that Georgia will be favored in include at Tennessee, vs. South Carolina, vs. Kentucky, vs. Missouri, and at Georgia Tech. That means UGA will likely be favored in every contest.

Below are the opening lines for Georgia’s four biggest games in 2019:

The Notre Dame Fighting Irish visit Sanford Stadium for the first time in their history, looking to exact revenge for Georgia’s 20-19 win in South Bend in 2017. Bulldog fans took over Notre Dame Stadium on that trip, making the game seem like a neutral site.

As 11.5 favorites, hopefully the Bulldogs don’t head into the game too overconfident as this will be their biggest test of their first four games.

The Dawgs will head into the annual Georgia-Florida game on a two-game winning streak, their first since claiming three-consecutive victories from 2011 to 2013.

With Georgia rolling under Kirby Smart and Florida reemerging under Dan Mullen, the Cocktail Party should be a war for years to come.

Georgia’s last trip to Auburn, although forgettable, didn’t hurt them in the long run. The Bulldogs exacted revenge on the Tigers in the SEC Championship Game and then went on to win the Rose Bowl over Oklahoma before falling in the National Championship Game to Alabama.

Auburn could be ranked at this point in the season, but how high remains to be seen. Kirby Smart needs to focus the staff and players to avoid a letdown on the road against a highly ranked team, which has been pretty common since he arrived in Athens.

Texas A&M will visit Sanford Stadium this season for the first time in 29 years (1980). Due to the SEC’s scheduling model, this will also be the first meeting between the two schools since Texas A&M joined the SEC back in 2012.

Jimbo Fisher will lead the Aggies into Athens in just his second season at Texas A&M. Fisher has elevated the recruiting in College Station, but the Aggies aren’t quite stacked top to bottom to hang with the Bulldogs.

The only question will be how Georgia responds in this contest that follows a big trip to Auburn.