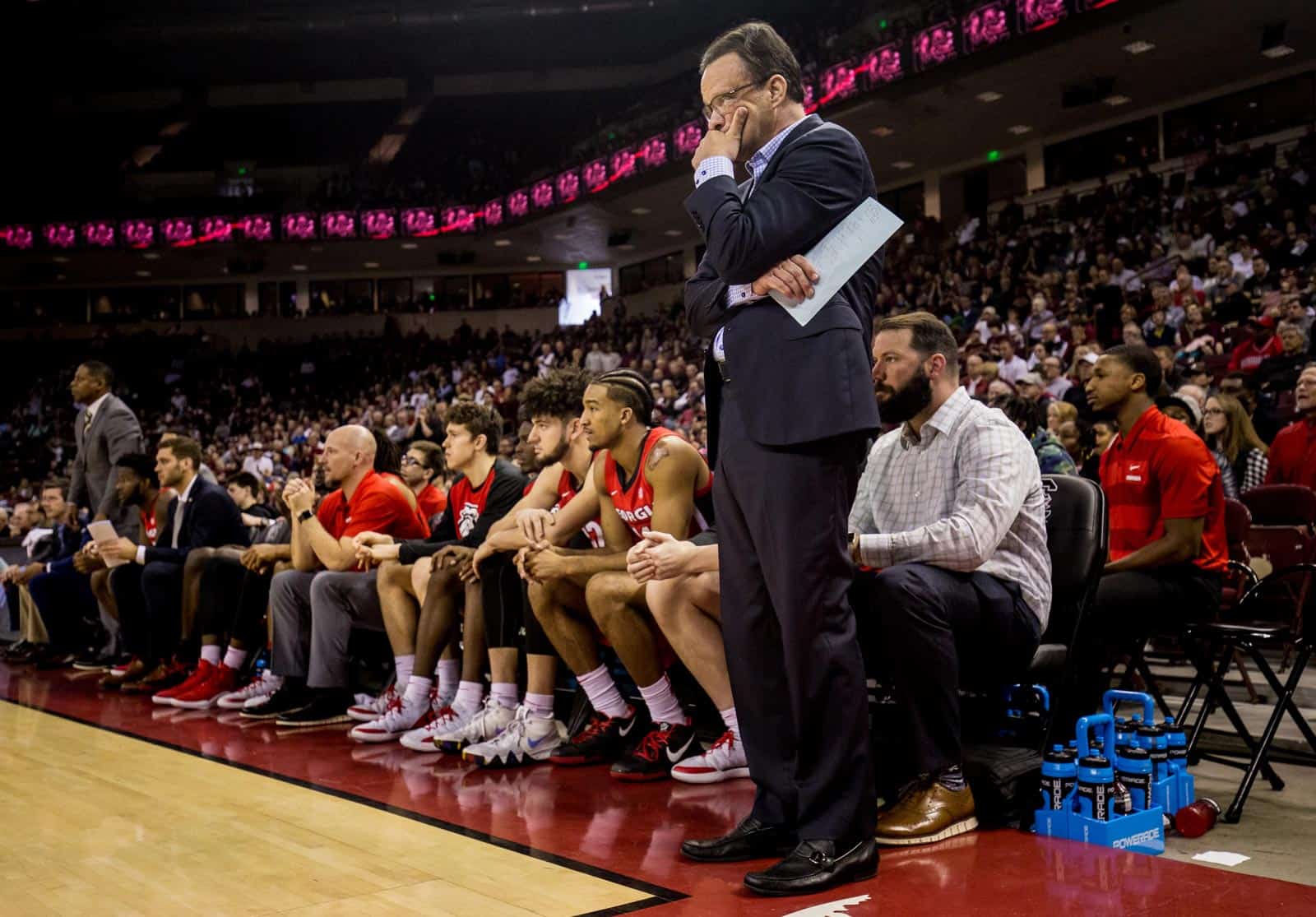 Two Bulldogs recorded double doubles in senior forward Derek Ogbeide and sophomore forward Nicolas Claxton. Ogbeide, out of Lagos, Nigeria, had 11 points and 10 rebounds in his 100th-career start – a feat just seven Bulldogs have accomplished in the 2000s. Claxton, of Greenville, S.C., recorded his eighth-career double double – all this season – with a team-high 13 points and 10 rebounds. Defensively, Claxton, the SEC leader in blocks, added four swats to put him at 75 for the season, which is one shy of Lavon Mercer for No. 6 on Georgia’s all-time season block list.

“We missed a lot of shots that we could make and have made [before] like layups and things of that nature,” Georgia head coach Tom Crean said. “There was contact in the game, but you have to do everything you can to finish through it. At the end of the day when you hold a team to 33% shooting on their home court you feel pretty good about your chances, but it was the 24-6 points off turnover differential that was the difference for us. It happened today for us in the first half and it hurt. These guys have to learn that when you keep fighting, you can come back. We scored our last field goal at the 10:29 mark of the second half, yet the game really wasn’t over until under two minutes. If Tyree [Crump] makes the three in the corner then I believe it is an eight-point game. We missed open shots, but we fought.”

Both team’s senior forwards had mirror starts to open the contest. Georgia won the tip and immediately cashed in as Ogbeide drew a foul and knocked down both free throws. South Carolina’ Chris Silva, who was recognized on Senior Day, scored the Gamecocks’ first points with a layup. Ogbeide answered with a layup and then Silva hit two from the line. Ogbeide would go on to own seven of Georgia’s first 10 points.

Claxton stroked a three-pointer to give Georgia the 13-12 edge, however it didn’t last as the Gamecocks pulled away on an 18-1 run that included 14 unanswered points. Ogbeide stopped the leak with two free throws at the 7:12 mark that put him at a team-high nine first-half points. Junior guard Jordan Harris blocked a Silva alley-oop attempt and drained a three at the other end to narrow the gap to 11 points, 32-21, around the five-minute mark. However, the Gamecocks strengthened their lead once more with 12-straight points to head into the half with a 44 -21 advantage.

Coming out of the break, Claxton blocked a Silva shot attempt and made an acrobatic reverse layup on the other end. Play in the first 10 minutes of the second half didn’t matriculate offensively with only 21 total points, but the Bulldogs’ 11-1 run brought the score to 49-37.

At the line, Ogbeide sank two more free throws to make it a 10-point game, 49-39, at the 9:05 mark. Though, the Bulldogs were unable to dip below that double-digit threshold and the Gamecocks held the remainder of the game to seal the victory.

Silva, of Libreville, Gabon, finished with 24 points and 10 rebounds. He entered the contest pacing the Gamecocks with averages of 14.5 points and 7.4 rebounds.

Georgia will be the No. 13 seed in next week’s SEC Tournament at Bridgestone Arena in Nashville. The Bulldogs will play in the tourney’s first game on Wednesday at 7:00 p.m., facing either Missouri or Texas A&M based on results of Saturday’s games.