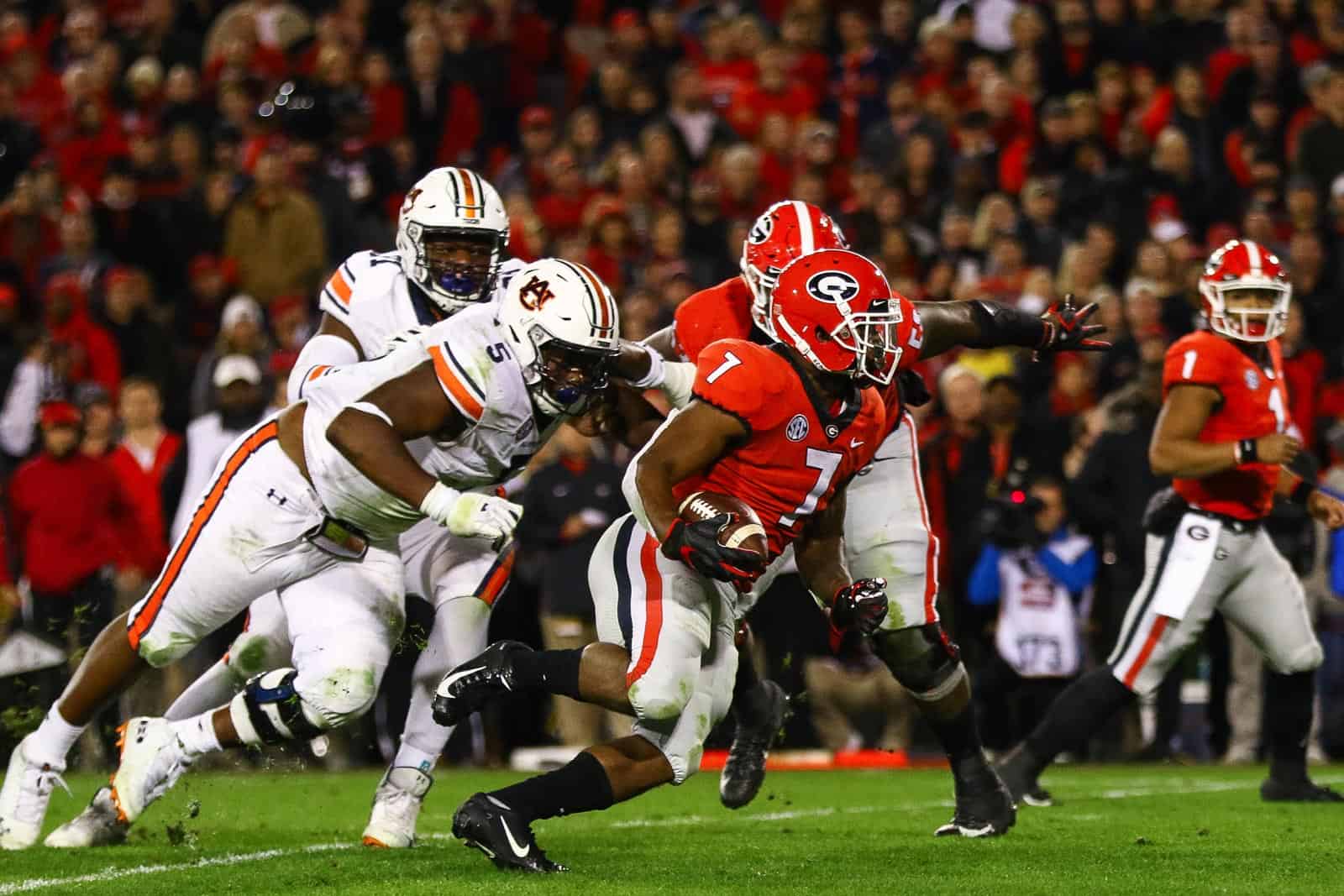 UGA football games with the Tennessee Volunteers and the Auburn Tigers will flip on the calendar beginning with the 2020 season.

News of the change of the games was first reported on Tuesday by Brandon Marcello of 247Sports. UGA President Jere Morehead confirmed the change on Wednesday.

UGA president Jere Morehead said the plan is for Georgia's football games with Auburn to flip with Tennessee on the schedule starting in 2020.

Georgia and Auburn have played the Deep South’s Oldest Rivalry in November every season since 1937. With the new change, the Georgia-Auburn game will take place in September or October with the Tennessee contest taking place in November.

Auburn pushed for the move after the SEC schedule was altered when Missouri and Texas A&M joined the conference in 2012. To make the schedule work, Georgia was forced to travel to Auburn in consecutive seasons (2012 and 2013).

As a result of that change, Auburn now hosts Georgia and Alabama in odd seasons and plays in Athens and Tuscaloosa in even seasons, often in the span of three weeks.

Most reports indicate that moving the Georgia-Auburn game was considered beneficial for both schools as it would put some separation between two rivalry games that were being played close together.

Back to Georgia playing at Auburn in back-to-back seasons, UGA Director of Athletics Greg McGarity said today that the favor likely won’t be returned to Georgia any time soon.

UGA A.D. Greg McGarity also said he doesn't foresee Auburn coming to Georgia twice in a row to return the favor from 2012, barring something unforeseen, such as another round of expansion or the end of division play. https://t.co/fITotgqETR

The SEC scheduling rotation is currently set through the 2025 season. It would take a major scheduling overhaul to make Auburn travel to Georgia twice in a row before then.

If Auburn ever does play at Georgia in consecutive seasons, it will likely have to come in 2026 or later.