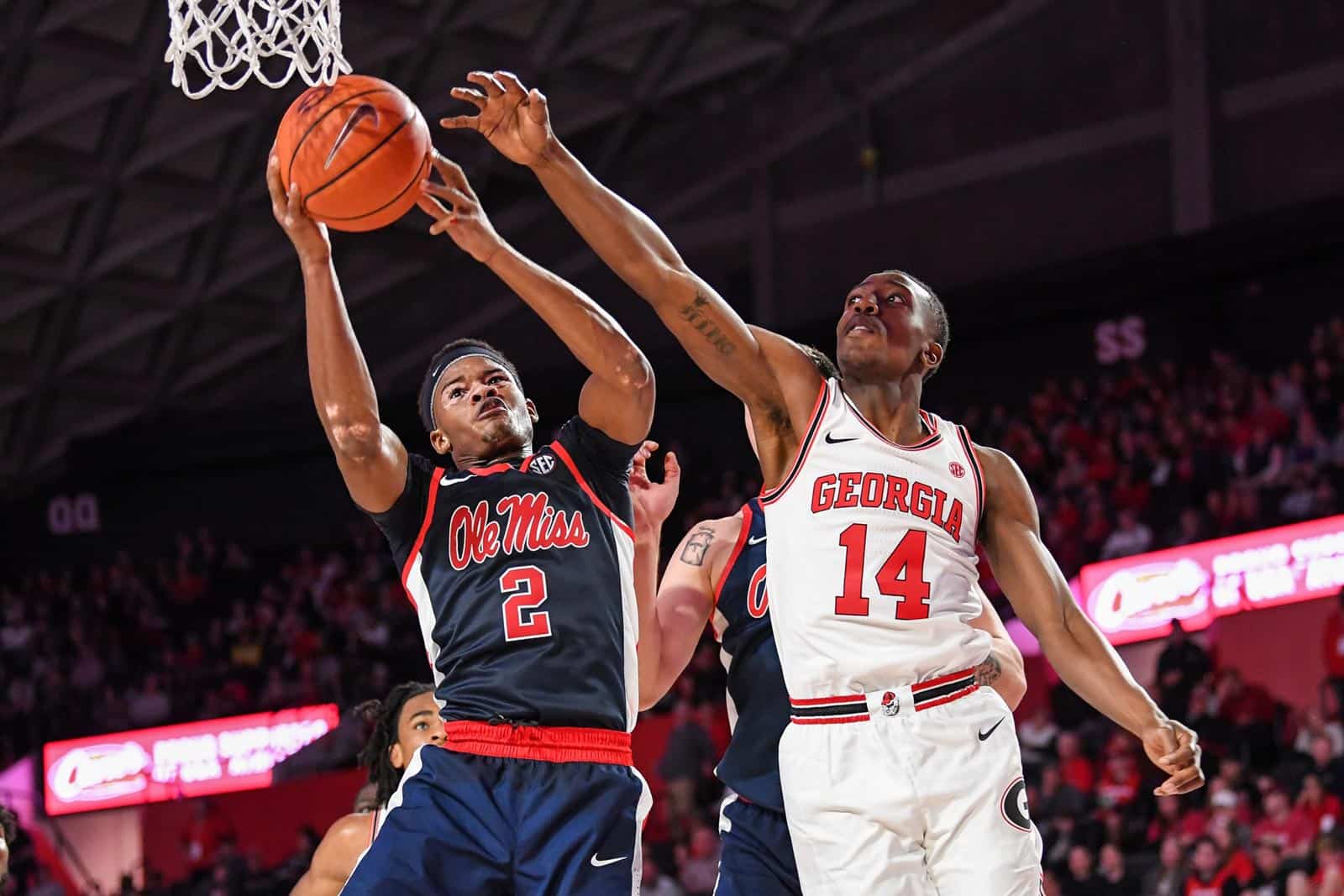 “The bottom line is the last plays never do it,” Georgia head coach Tom Crean said. “It’s the way we fought and came back, being down 10. This is the first time where the defense really, really set the entire tone for the night and the day with our comeback and fueled so much offense. So, I’m proud of them. I just love to see these guys get a result that they’ve come so close to earning in so many different ways.”

In the first 10 minutes of the opening half, the deficit never exceeded five points. Hammonds got Georgia off to a steady start, scoring back-to-back buckets to put the Bulldogs on the board and grab a 4-2 advantage over the Rebels. Ole Miss regained the lead, but two free-throws by Hammonds and a 3-pointer by Crump tied it 11-all. Senior E’Torrion Wilridge followed up with a jam on the next possession for Georgia to go up, 13-11. Senior guard Turtle Jackson helped extend the Bulldogs’ lead to four points— the largest advantage by either team up to that time— with a shot behind the arc (17-13). However, this would be Georgia’s last lead of the first half.

An Ole Miss 10-0 run midway through the first half allowed the Rebels to pull away with a 28-18 advantage. Though the Bulldogs were able to cut the Ole Miss lead to seven points, the Rebels regained a 10-point lead. Claxton closed the first half with a 2-of-2 performance at the free-throw line to send Georgia into the locker room trailing, 39-29.

Coming out after the break, a Georgia scoring spree clinched the Bulldogs’ first lead since the 12:48 mark of the first half. Georgia’s 7-0 run made it a two-point game, and its 6-0 run that followed gave the Bulldogs a 43-41 advantage. A jam by senior Derek Ogbeide pushed Georgia’s lead to five, the Bulldogs’ largest of the second half (54-49). However, the Rebels began to make a come back and eventually went on a 9-0 run to regain a 64-56 lead. Though Georgia managed to tie it at 69-all with 1:36 remaining in the game, the Bulldogs were unable to take back the lead and the Rebels won, 72-71.

Georgia returns to Stegeman Coliseum on Thursday, Feb. 27, to take on the Auburn Tigers at 9 p.m. ET on ESPNU.