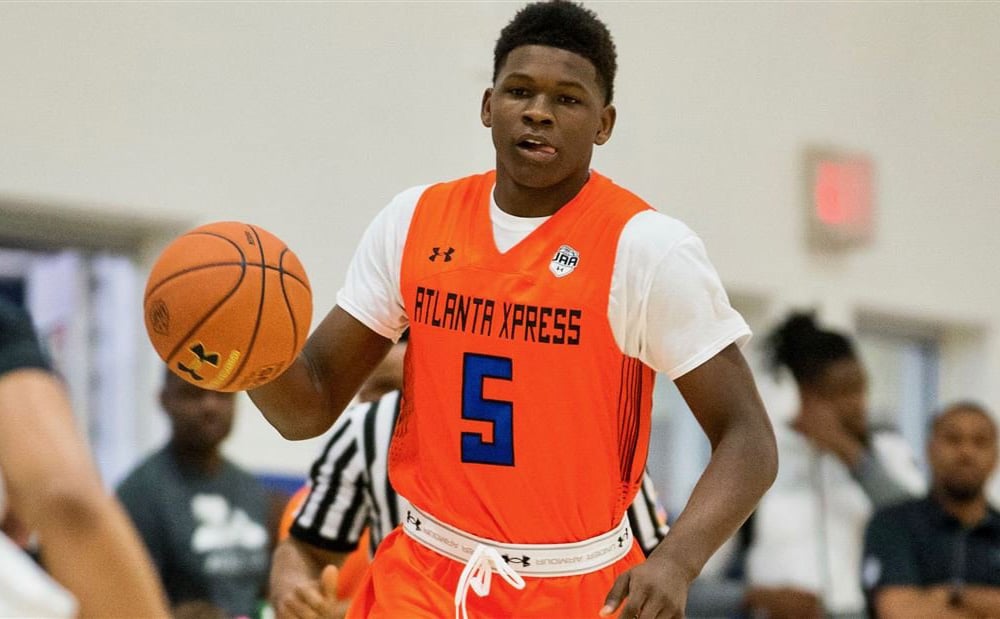 Anthony Edwards, the No. 2 overall recruit in the country, has committed to Tom Crean and the Georgia Bulldogs.

Edwards announced his commitment Monday morning at a ceremony at his high school in Atlanta, Holy Spirit Preparatory School.

In the 247Sports Composite, Edwards is listed as a five-star recruit, the No. 2 overall recruit, and the No. 1 shooting guard in the country for the 2019 class.

Edwards joins UGA commitments Jaykwon Walton and Toumani Camara, both four-star recruits, in Georgia’s class for 2019. The class is now ranked 12th by both 247Sports and Rivals.com.

The news of Edwards’ commitment to UGA is a huge uplift to the program, which is suffering through a nine-game SEC losing streak in conference play. The team is still adjusting to the new coaching staff and not everyone is on the same page.

It’s time to level up! #GoDawgs

With the team now and adding the new guys next year… y’all think i gamble now?!? I’ll double down on my dawgs errrr time 😂😂