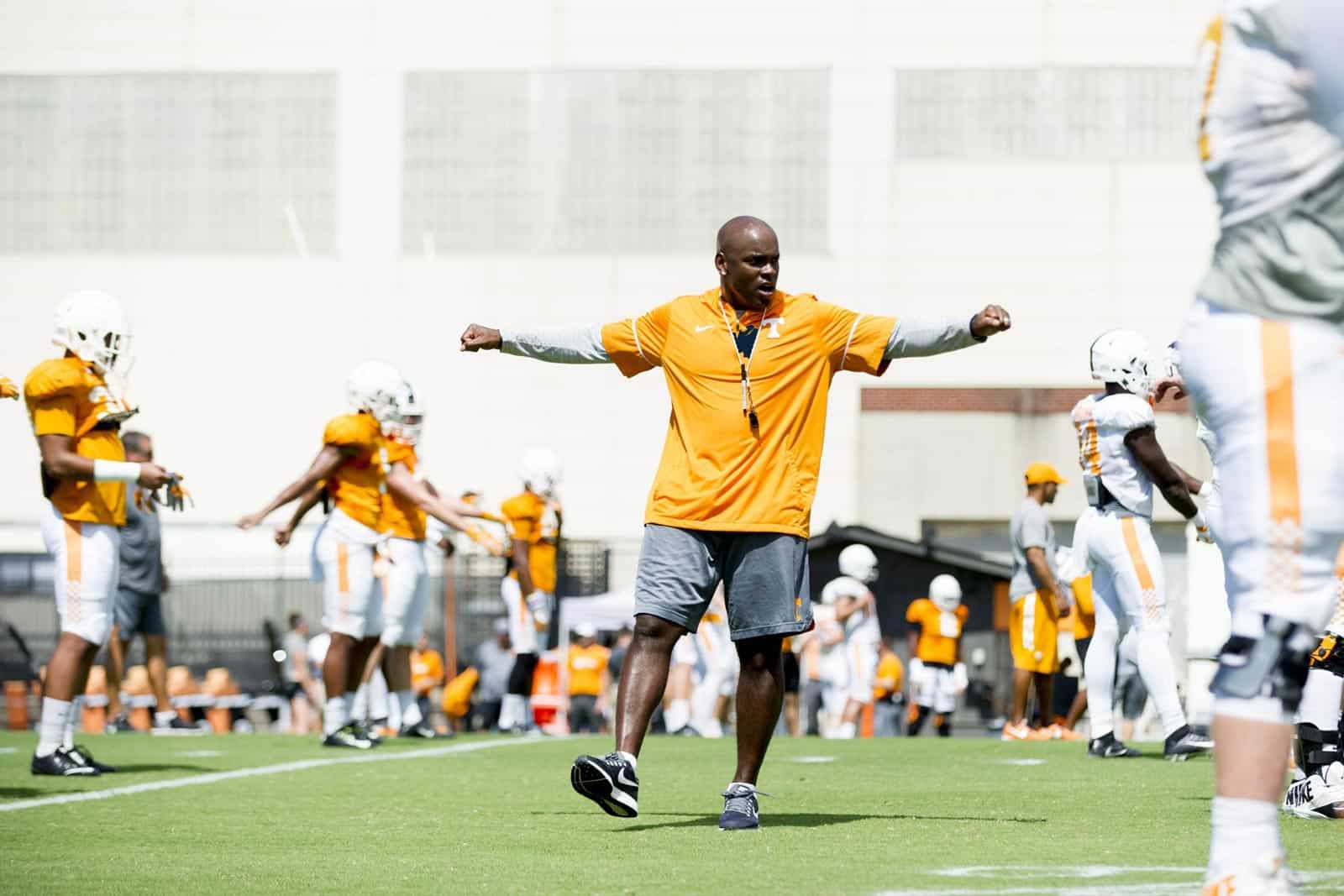 ATHENS, Ga. – Charlton Warren has been named the University of Georgia’s Defensive Backs Coach, according to an announcement Saturday by UGA head coach Kirby Smart.

Warren, a native of Atlanta, Ga., spent last season coaching cornerbacks at Florida and the 2017 season coaching Tennessee’s defensive backs and serving as the program’s special teams coordinator. In addition to stops at North Carolina (2015-16) and Nebraska (2014), Warren worked with his alma mater of Air Force from 2005 to 2013 in a variety of roles.

“Charlton is from Atlanta and has a wide range of experience coaching defensive football at several universities and conferences around the country,” said UGA head coach Kirby Smart. “His entire coaching career has been on the defensive side of the ball and especially defensive backs. He has developed an outstanding record and reputation in the coaching profession and he’ll bring great knowledge and energy to our staff.”

Warren was a three-year letterman at defensive back for Air Force, and helped the program achieve consecutive 10-win seasons in 1997 and 1998.

In addition to his coaching experience on the collegiate level, Warren participated in the NFL minority internship program in 2007 with the Houston Texans. He spent training camp with the Texans, and assisted with the defensive and special teams units.

Off the field, Warren proved to be one of the Gators’ top recruiters during his one-year stop. He is credited with helping Florida sign Dean in 2018 and defensive backs Jaydon Hill, Chester Kimbrough and Chris Steele in 2019.

Warren molded Tennessee’s passing defenses into one of the stingiest in the SEC during the 2017 season, allowing the second-fewest passing yards (1,950) and yards per game (161.7). The Volunteers pass efficiency defense (127.8) was good enough for seventh in the league.

The Volunteers were also one of just five SEC schools to return a kickoff for a touchdown in 2017.

Under Warren’s watch at UNC, the Tar Heels posted the 10th-best passing defense in the NCAA in 2016, allowing only 180.8 yards per game through the air.

In his first year in Chapel Hill, Warren played a major role for a North Carolina defense that allowed 14.5 fewer points from the previous season, the best improvement of any Power 5 program.

UNC also had the most improved pass defense in the country in both pass efficiency and yards per pass attempt. The Tar Heels led the ACC in interceptions, turnovers gained and passes defended while posting an 11-3 record and a berth in the ACC Championship Game.

The 2015 Tar Heels allowed only 11 passing touchdowns, the fourth fewest in the NCAA.

Prior to joining Nebraska, Warren began his coaching career at his alma mater, Air Force, where he spent nine seasons beginning in 2005.

Warren graduated from the Air Force Academy in 1999 with a bachelor’s degree in Human Factors Engineering and earned his MBA from Georgia College and State University in 2003.

During his time at Air Force, Warren was a three-year letterman at defensive back for the Falcons, helping the program achieve consecutive 10-win seasons in 1997 and 1998, including a 12-1 record and an outright conference title in 1998.

Warren is married to Jocelyn Warren and the couple have three children: Jayree, Teya and Chase.