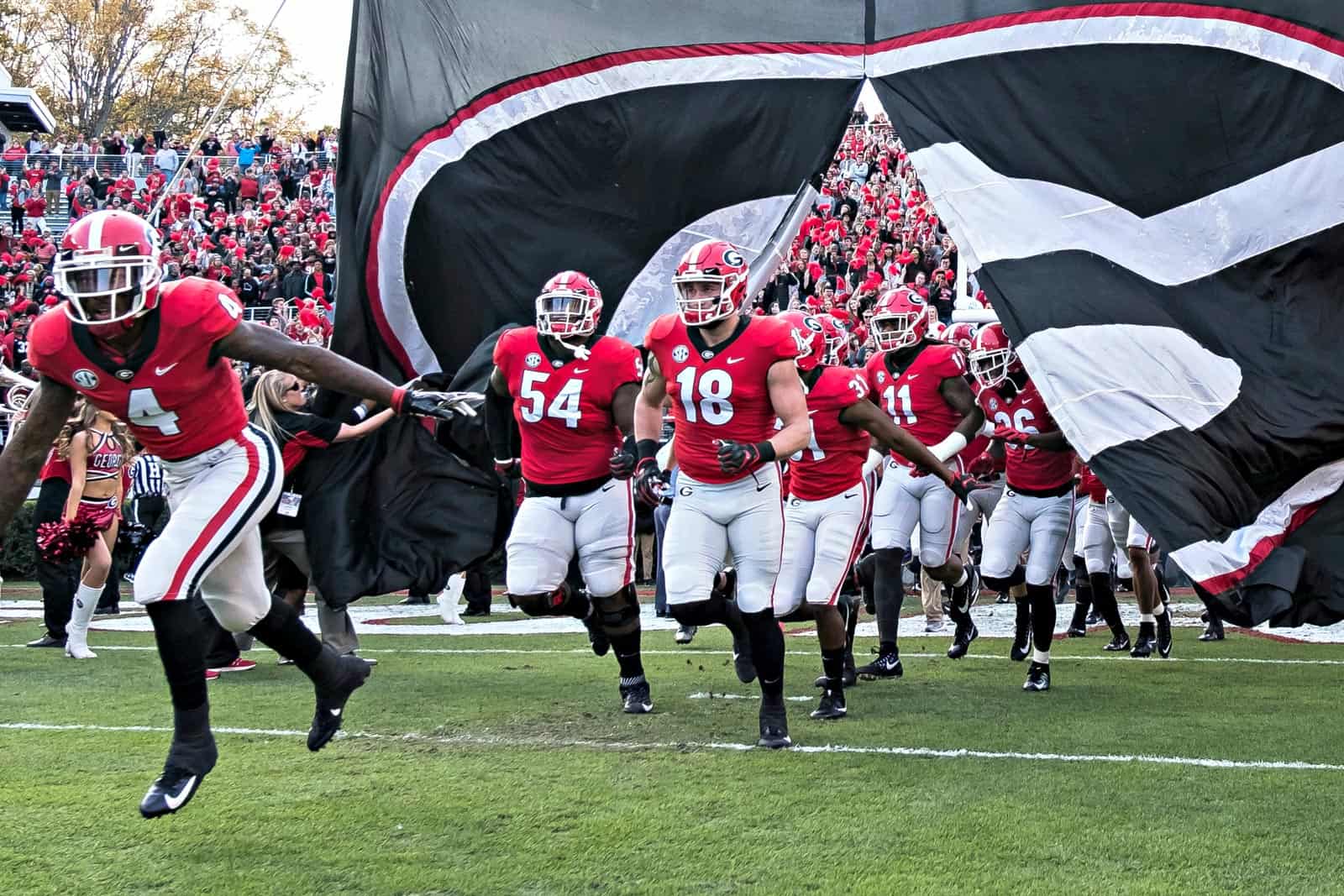 The Georgia Bulldogs wrapped up the 2018 season 11-3 overall and 6-2 in conference play. Losses in the SEC Championship Game and Allstate Sugar Bowl dropped the Bulldogs to 7th in the AP Poll and 8th in the Coaches Poll.

With the 2018 season now complete, the “Way Too Early” college football rankings for the 2019 season are out.

ESPN has the Georgia Bulldogs ranked third in their first edition of Way Too Early rankings for 2019. Georgia is slotted behind top-ranked Clemson and second-ranked Alabama. Here is what they had to say about the 2019 Bulldogs:

Outlook: The Bulldogs were a no-show until it was too late in the Allstate Sugar Bowl, falling to Texas 28-21 on New Year’s Day. Still, Georgia has competed nose-to-nose with Alabama the past two seasons. The Bulldogs started 11 freshmen or sophomores in 2018, and coach Kirby Smart is adding a second straight top-two recruiting class.

They’ll need help from a bunch of underclassmen in 2019, after four juniors — Holyfield, Nauta, Ridley and Hardman — left early for the NFL draft.

Quarterback Jake Fromm returns for his third season as a starter, and he’ll no longer be looking over his shoulder with freshman Justin Fields transferring. Four starters are coming back to what might be the country’s best offensive line in 2019.

Georgia’s defense was a work in progress in 2018, and it will undoubtedly miss Baker, who was the Jim Thorpe Award winner as the country’s top defensive back. Young defensive backs like Eric Stokes, Tyson Campbell, Mark Webb and Otis Reese will be under a microscope this spring. The Bulldogs have to build depth on the defensive line and identify players who can pressure the quarterback.

CBS Sports also has the Georgia Bulldogs ranked third behind No. 1 Clemson and No. 2 Alabama. UGA is followed in the rankings by No. 4 LSU, No. 5 Oklahoma, and No. 6 Ohio State.

Here’s a look at what five other outlets have Georgia ranked at heading into the 2019 college football season:

Sports Illustrated ranks Georgia third behind Clemson and Alabama. Ohio State and Notre Dame round out their top five.

247Sports ranks the Bulldogs third behind No. 1 Alabama and No. 2 Clemson. Ohio State and Oklahoma complete the top five.

SBNation ranks Georgia one spot lower than most at No. 4. Their top three are Clemson, Alabama, and Ohio State. LSU rounds out the top five.

Bleacher Report ranks the Georgia Bulldogs third behind No. 1 Alabama and No. 2 Clemson. Texas is fourth and Ohio State is fifth in their rankings.

Like most others, USA TODAY ranks Georgia third. Alabama is ranked first and Clemson second, with Oklahoma in fourth and Texas in fifth.

The Georgia Bulldogs open the 2019 season on the road on Saturday, Aug. 31 in Nashville, Tennessee, against the Vanderbilt Commodores. UGA’s first home game is slated for Saturday, Sept. 7 against the Murray State Racers.