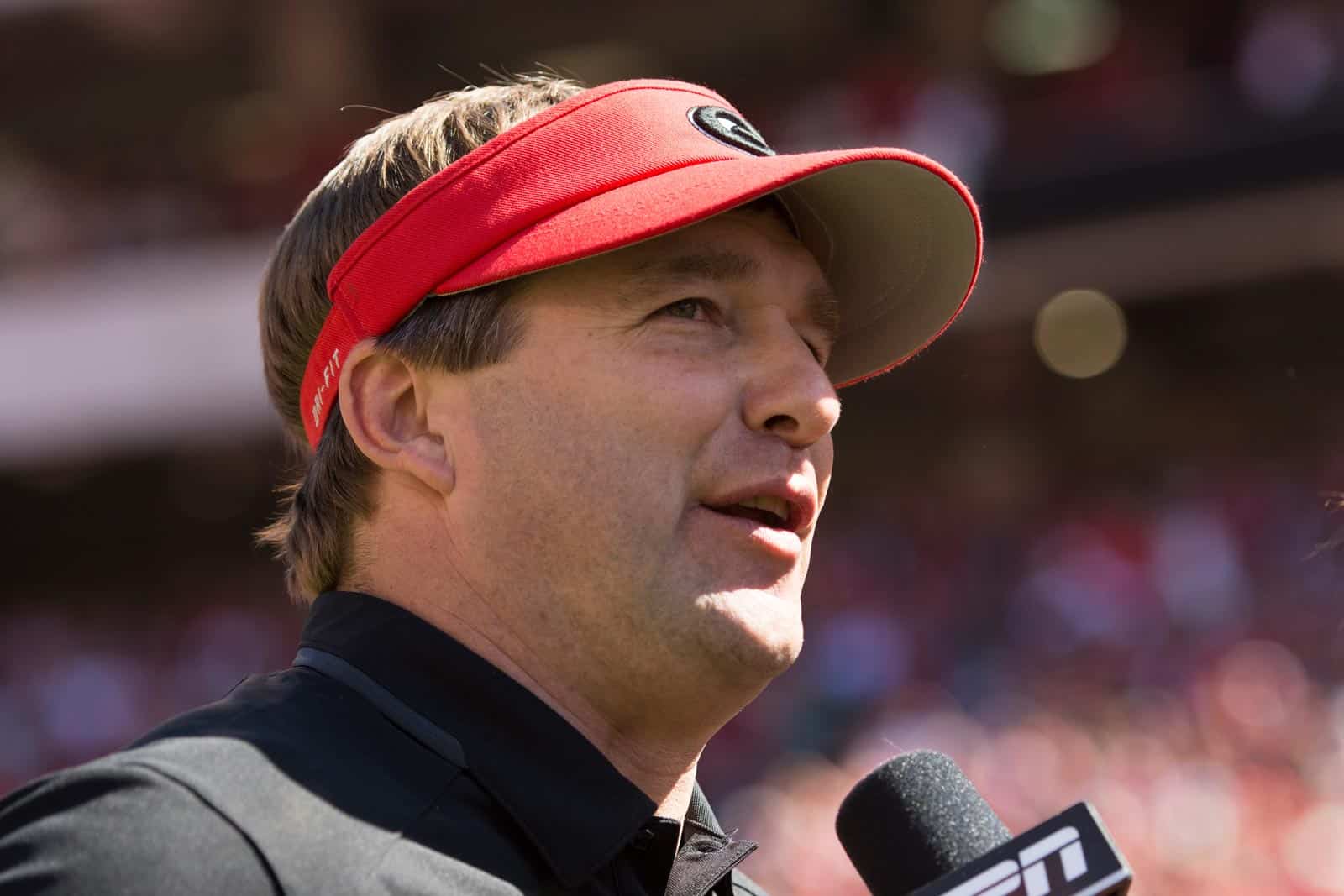 UGA football head coach Kirby Smart has been named a 2018 Dodd Trophy finalist, according to an announcement by the Bobby Dodd Coach of the Year Foundation and Chick-fil-A Peach Bowl.

Finalists for the Dodd Trophy “…include seven of the nation’s top coaches in college football who embody the award’s three pillars of scholarship, leadership and integrity, both on and off the field.”

In this third season in Athens, Kirby Smart guided the Bulldogs to an 11-2 record, SEC Championship berth, and an appearance in the 2019 Allstate Sugar Bowl against the No. 15 Texas Longhorns.

Overall, Kirby Smart is now 32-9 and 18-6 in conference play as the head coach of the Bulldogs. He also led UGA to the 2017 SEC Championship, Rose Bowl win, and National Championship Game appearance.

“All of these finalists truly exemplify the type of leadership that Bobby Dodd valued and are noteworthy candidates to join the esteemed group of former Dodd Trophy recipients,” said Jim Terry, chairman of the Bobby Dodd Coach of the Year Foundation. “We’re honored to have such a renowned list of finalists who truly embody Coach Dodd’s spirit, both on and off the field.”

“This college football season was highlighted by outstanding coaching performances that greatly impacted the course of the season,” said Gary Stokan, Peach Bowl, Inc. CEO & president. “These seven coaches have distinguished themselves as finalists for this prestigious award, not only for having successful football seasons, but also for their efforts within their communities and commitment to empower their student athletes to succeed in the classroom as well.”

Finalists were selected by a panel consisting of all previous winners, national media, a member of the Dodd family and a College Football Hall of Fame member.

The winner of the 2018 Dodd Trophy will be selected from the list of finalists by the Bobby Dodd Coach of the Year Foundation, and will be announced in Atlanta during Chick-fil-A Peach Bowl Week.