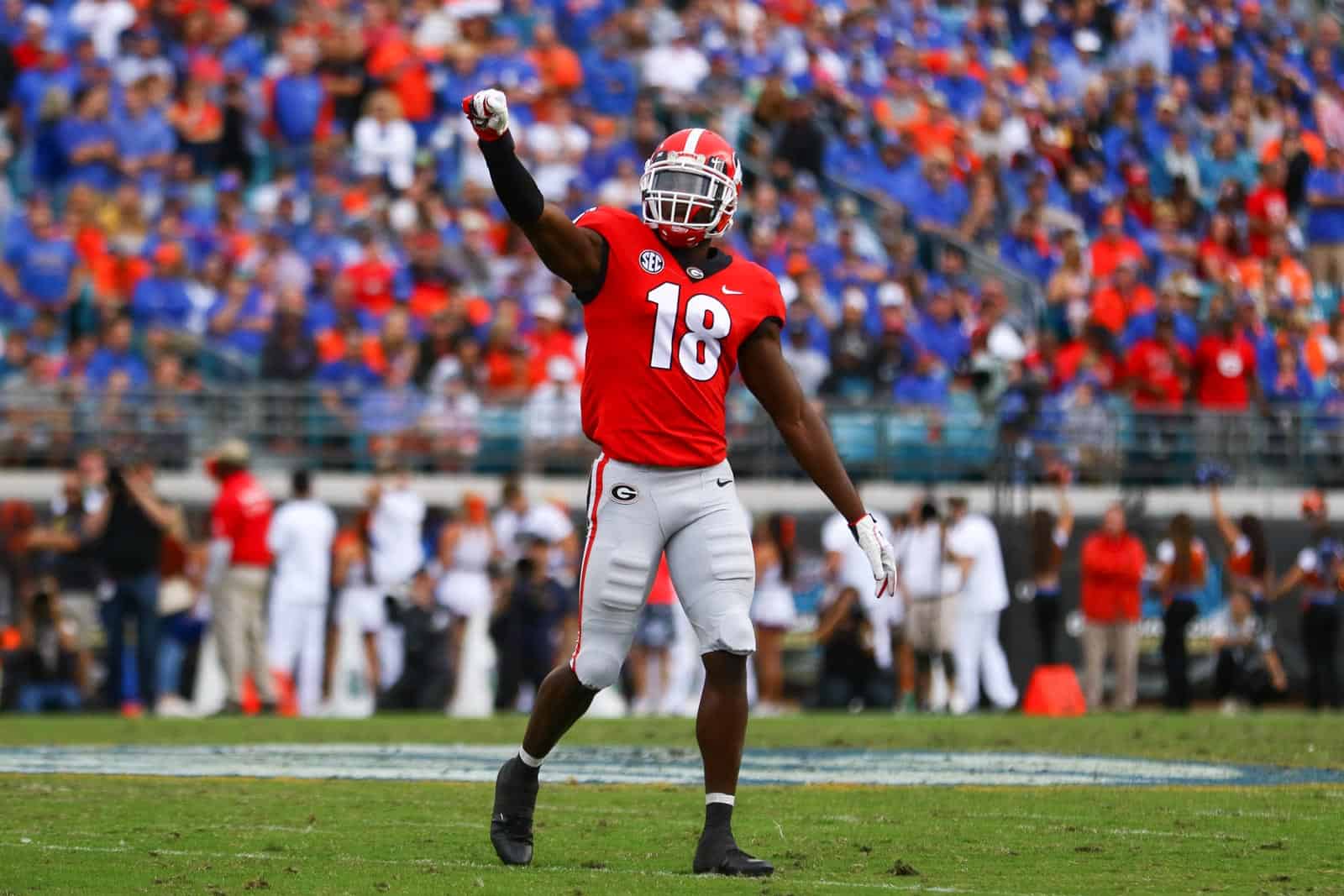 ATHENS, Ga. – Georgia senior defensive back Deandre Baker has been named one of three finalists for the Jim Thorpe Award, which is presented to the nation’s best defensive back in college football.

Baker, a native of Miami, Fla., joins LSU’s Greedy Williams and Notre Dame’s Julian Love as finalists, according to an announcement from the Oklahoma Sports Hall of Fame.

The winner of the 2018 Thorpe Award will be announced on Thursday, Dec. 6, at ESPN’s Home Depot College Football Awards Show, which will be held at the College Football Hall of Fame in Atlanta.

A midseason All-American and Bednarik Award semifinalist, Baker has started all 11 games for Georgia and has 36 tackles and a team-leading two interceptions. He has a team-best nine pass break-ups and is in the Southeastern Conference’s top five in passes defended with 11. Baker also has one forced fumble and one fumble recovery for a defense that ranks 12th nationally allowing just 16.8 points per game.