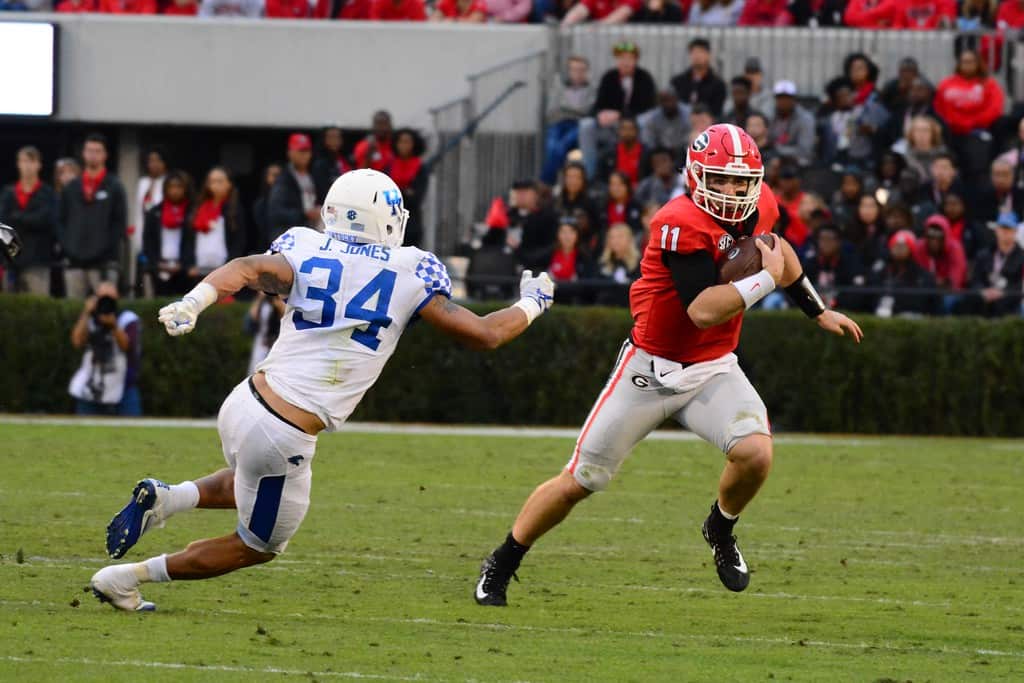 Georgia’s game at the Kentucky Wildcats on Saturday, Nov. 3 will be televised by CBS at 3:30pm ET, the conference has announced.

The winner of the Georgia-Kentucky game next weekend will claim the Eastern Division title and will advance to the SEC Championship Game on Saturday, Dec. 1. The East champ will face either the Alabama Crimson Tide or the LSU Tigers at Mercedes-Benz Stadium in Atlanta, Georgia.

UGA and Kentucky last met in Athens in 2017. The Bulldogs defeated the Wildcats 42-13 in that game, which was their eighth straight victory in the series. Georgia leads the series with Kentucky 57-12-2.

This will be Georgia’s fourth appearance on CBS this season. The Bulldogs defeated South Carolina 41-17, Tennessee 38-12, and Florida 36-17 this season on CBS.