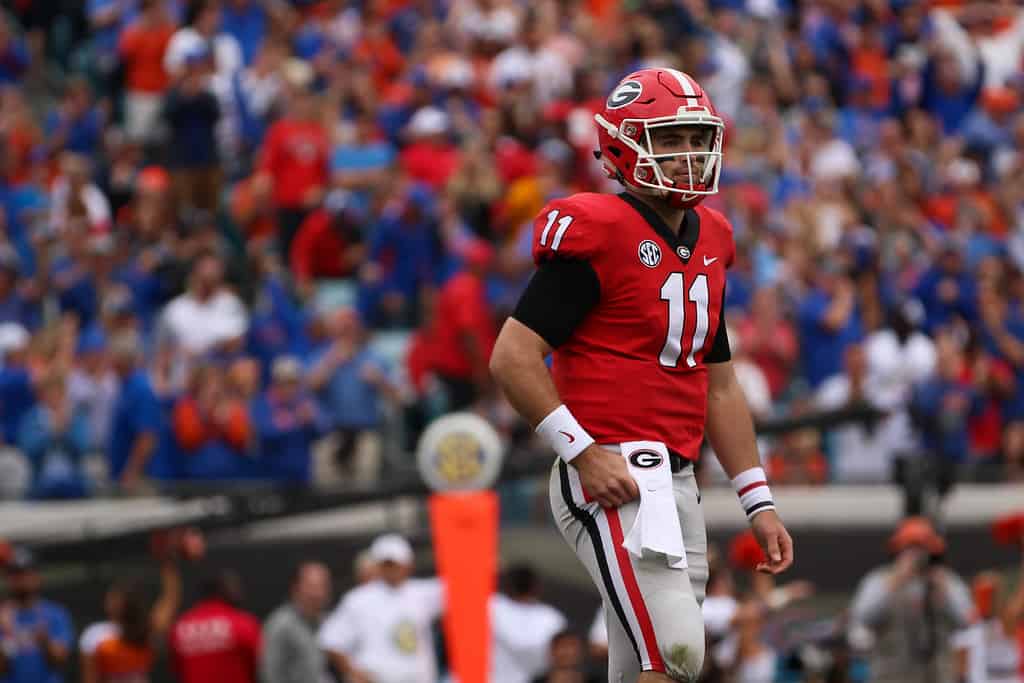 UGA sophomore quarterback Jake Fromm has been named the SEC Co-offensive Player of the Week, the conference announced on Monday.

In Georgia’s 36-17 win over then No. 9 Florida in Jacksonville, Jake Fromm completed 17-of-24 passes for 240 yards and three touchdowns. He also rushed six times for 11 yards.

Fromm hails from Warner Robins, Georgia and played at Houston County High School. He signed with the Bulldogs in 2017 and enrolled early.

Mississippi State quarterback Nick Fitzgerald was also named SEC Co-offensive Player of the Week. He accounted for 329 yards of total offense and four touchdowns in a 28-13 win over Texas A&M.

Georgia’s next game is this Saturday at the 11th-ranked Kentucky Wildcats at Kroger Field in Lexington. The game is set for 3:30pm ET on ESPN.

The Georgia-Kentucky winner will clinch the SEC East Division title and will likely play Alabama or LSU in the SEC Championship Game in Atlanta on Saturday, Dec. 1.