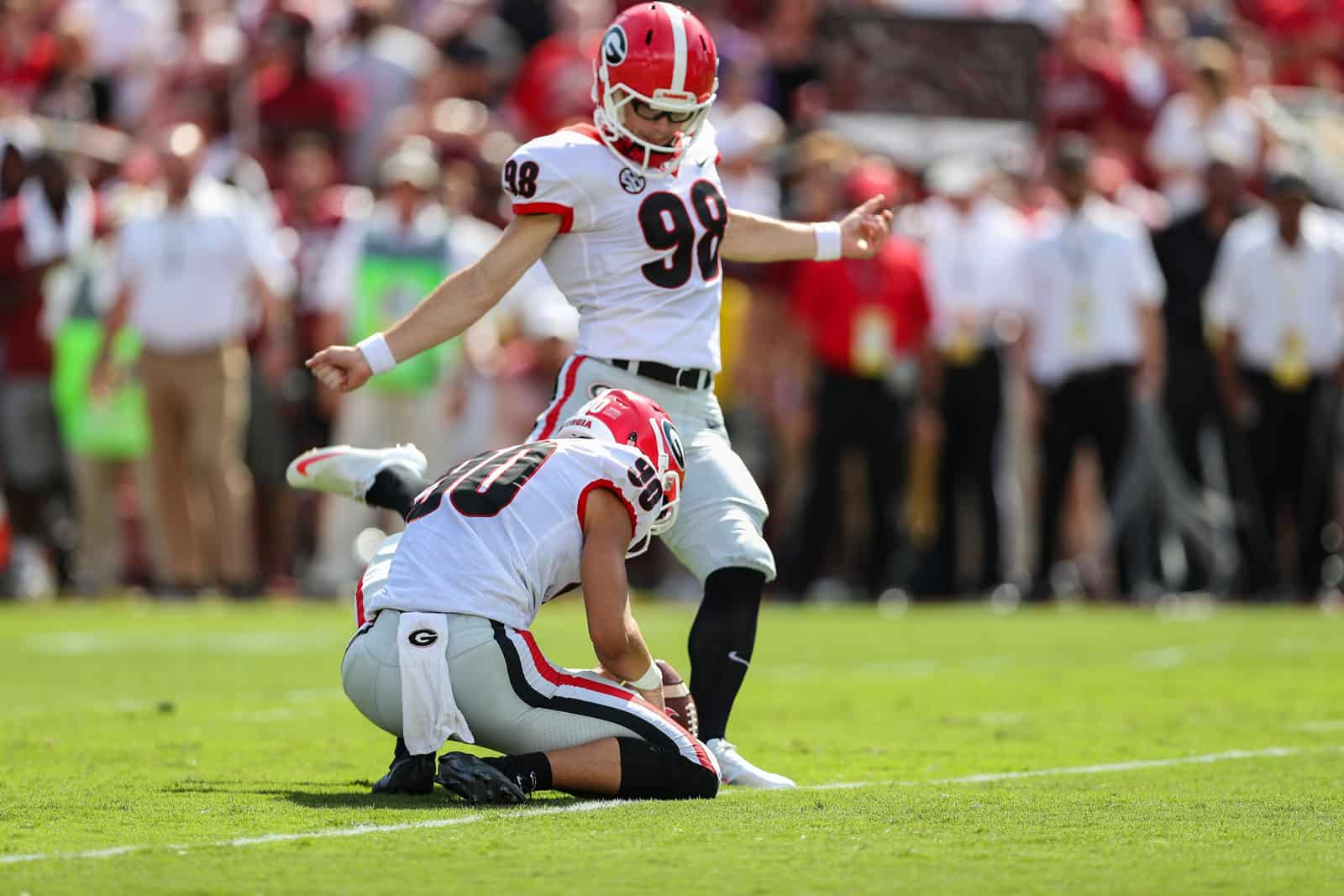 UGA football junior placekicker Rodrigo Blankenship has been named the SEC Special Teams Player of the Week, the conference announced on Monday.

In Georgia’s 41-17 win at South Carolina, Rodrigo Blankenship hit two field goals over 40 yards, made all five point after attempts, and hit all seven of his kickoffs through the end zone.

Georgia’s next game is this Saturday at home against Middle Tennessee. The game is set for 7:15pm ET on ESPN2.