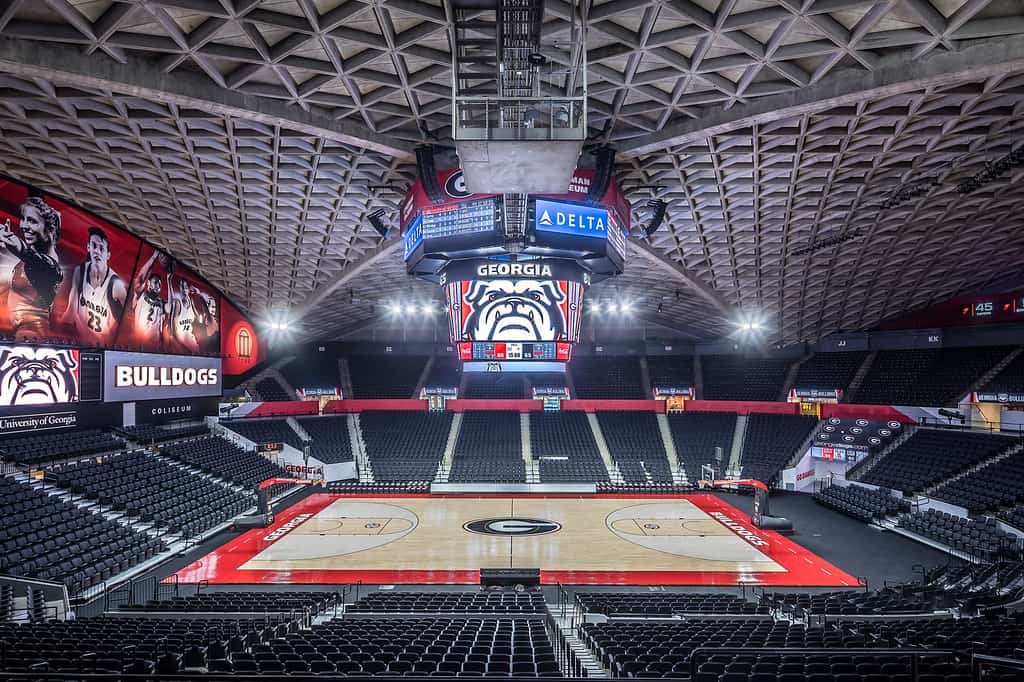 The Georgia Bulldogs’ 2018-19 basketball tip times and TV networks have been set, the school announced on Wednesday.

The Georgia Bulldogs open the 2018-19 regular-season on Friday, Nov. 9 against Savannah State at Stegeman Coliseum in Athens. The game will tip off at 8:30pm ET on SECN+.

“With record donations to the BEF and the momentum we’ve seen in season ticket sales, obviously the people of the Bulldawg Nation are sharing in our excitement for the future of this program,” head coach Tom Crean said. “Having our game times is another sign that the season is approaching, and it’s approaching quickly. I can not wait for us to get the Steg rocking.”

Georgia opens SEC play at Tennessee on Saturday, Jan. 5, 2019. The game will be televised by the SEC Network at 3:30pm ET.

Four of Georgia’s five Saturday outings at Stegeman Coliseum in January and February will be matinee affairs, while four of the Bulldogs’ five SEC midweek home dates will begin between 6:00-7:00.

In addition, Georgia’s non-conference games against Arizona State on Tuesday, Dec. 15, and Massachusetts on Sunday, Dec. 30, both will tip at 6:00 p.m. and air on the SEC Network. All other non-conference home games will be available via SEC Network + via the ESPN App, which is accessible on computers, smartphones, tablets and connected devices to fans who receive their video subscription from an affiliated provider.

The Bulldogs will appear on the SEC Network at least 15 times and on CBS (Florida in Athens) and ESPNU (at Arkansas) once. The remaining SEC games will appear on ESPN, ESPN2, ESPNU or the SEC Network, while the date with Texas will air on ESPN, ESPN2 or ESPNU. Network information for be determined television games will typically be announced 7-10 days before those games.

The Bulldogs will make their first preseason appearance on Friday, Oct. 5, when they co-host “Stegmania” with the Lady Bulldog basketball team. Gates at Stegeman Coliseum will open at 6:30 p.m., with festivities set to begin at 7:30. The first 1,500 UGA students in attendance will receive a commemorative t-shirt and food courtesy of Bojangles, the event’s presenting sponsor. Bojangles also will supply additional giveaways to selected fans in attendance. Following introductions of the Bulldogs and Lady Bulldogs, the women will conduct a 3-point contest, while the men will compete in a slam dunk event. Other contests and prizes will take place throughout the evening. The men’s team will also scrimmage. Both teams will be available for autographs.

Crean, a two-time National Coach of the Year honoree, is entering his first campaign with the Bulldogs. In 18 combined seasons at Marquette and Indiana, Crean has led teams to 13 postseason appearances, including nine NCAA Tournaments and a trip to the 2003 Final Four. Georgia’s 2018-19 roster will feature 11 returning letterwinners – including nine players with SEC starting experience – and five freshmen.