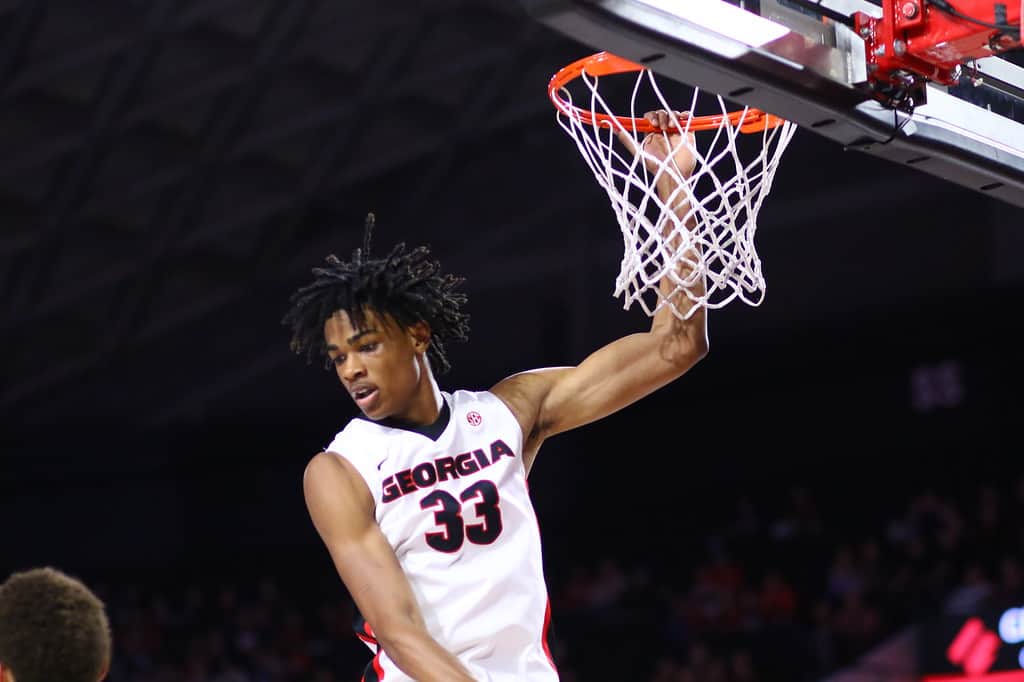 ATHENS, Ga. — The Georgia Bulldogs will travel to Birmingham on Thursday, Oct. 18, to face UAB in a preseason exhibition to benefit parties assisting the Red Cross and its disaster relief. The game will be played at UAB’s Bartow Arena and tip at 8:00 p.m. ET.

“We’re extremely excited for the opportunity to play UAB and help raise funds for the Red Cross and the tremendous work they perform,” head coach Tom Crean said. “We hope to play in front or a packed house at Bartow Arena. To play a true road game will be a great benefit for us as we prepare for the upcoming season. It will be a valuable test and learning experience for our team as we begin building this program to a championship level.”

Tickets, which are expected to go on sale tomorrow via the UAB ticket office, will be $10 for individuals or $5 for groups of 20 or more.

Division I men’s basketball teams are allowed two preseason events, an open exhibition contest against a non-Division I team and/or a closed scrimmage versus another Division I team. In May, the NCAA set guidelines to allow programs to use one of their preseason events to participate in an exhibition against another Division I program to benefit a charitable organization involved in providing relief for those affected by a catastrophic event. The waiver for the UGA-UAB contest was approved on Tuesday.

A year ago, Georgia faced Michigan State in Grand Rapids, Mich., in a contest that raised just shy of $370,000 for the Red Cross’ relief efforts following Hurricane Irma. Natural disasters the Red Cross is providing relief for this year include wildfires in California. The organization also will be called into action this week and in the future for those impacted by Hurricane Florence.

Crean, who was named National Coach of the Year in 2003 and 2012, is entering his first season at the helm of the Georgia program. In 18 combined campaigns at Marquette and Indiana, Crean has led teams to 13 postseason appearances, including nine NCAA Tournaments and a trip to the 2003 Final Four.

The Bulldogs’ 16-player roster in 2018-19 will feature a mix of experience and youth. Georgia returns three starters and 11 letterwinners from a year ago. Nine of those returnees have starting experience in SEC play. The Bulldogs will also welcome five freshmen this season.

Season tickets for the Bulldogs’ 17-game home slate are now on sale for $255. That schedule includes games against 10 teams that earned postseason bids last spring. There are two methods of purchasing season tickets, renewable seats via a donation to the Basketball Enhancement Fund (BEF) and non-renewable seats.

Renewable seats are available with a minimum donation to the BEF of $150 per seat. Benefits include possibility for game day parking and hospitality, postseason ticket request opportunities and invitations to watch a team practice and to attend the postseason banquet. Fans who are renewing or interested in making new contributions in support of Georgia Basketball can visit here on georgiadogs.com or contact The Georgia Bulldog Club by phone at 877-423-2947.

Non-renewable tickets are filled following the placement of all seat locations for renewable season tickets. Fans interested in purchasing these season tickets can do so online here or by calling the UGA ticket office at 877-542-1231.