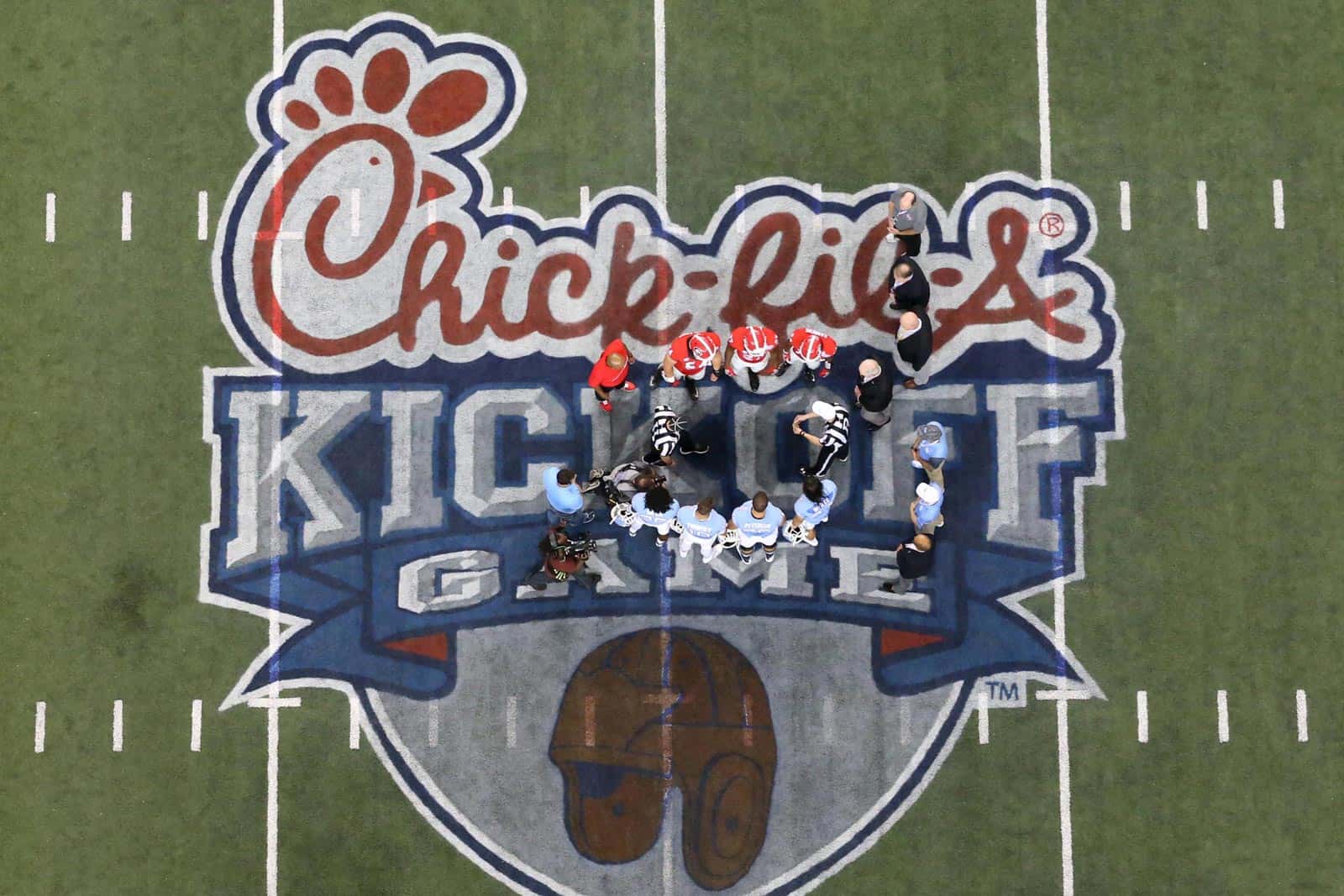 The Georgia Bulldogs will face the Oregon Ducks in the 2022 Chick-fil-A Kickoff Game, it was announced on Tuesday. Both schools have signed the contracts for the game.

News of the matchup was first reported over the weekend by Dawgs247. The game will be played in Mercedes-Benz Stadium in Atlanta on Saturday, Sept. 3.

“When you think about major season-opening kickoff games with the opportunity for huge College Football Playoff implications, this is the type of matchup you dream about,” Peach Bowl, Inc. CEO and President Gary Stokan said. “Both Kirby Smart and Mario Cristobal should be recognized for their willingness to have their teams compete at the highest level in a game like this.”

“We’d also like to thank athletic directors Greg McGarity and Rob Mullens for their aggressive stance on scheduling,” Stokan added. “Both Georgia and Oregon will play 10 Power Five conference games that year on top of their already rigorous SEC and Pac-12 schedules that will surely serve to elevate their programs in the minds of the College Football Playoff Selection Committee.”

In their first and only meeting on the gridiron back in 1977, Georgia defeated Oregon 27-16 at Sanford Stadium in Athens. The two schools were supposed to meet in a home-and-home series in 2015 and 2016, but it was later canceled.

“Thanks to the Chick-fil-A Kickoff Game staff for their efforts in putting this game together,” said UGA Head Coach Kirby Smart.  “Opening the season in Atlanta against a Power 5 opponent is a tremendous opportunity for our team and provides a great start to the season for our fans. The first game of the season is always important and this matchup on a national stage will be a test for both teams.”

“This is an extraordinary opportunity to play a top quality Pac-12 team in Atlanta,” said UGA J. Reid Parker Director of Athletics Greg McGarity.  “We have only played Oregon once in our history and the opportunity to play a team of national stature in this game will be exciting for our fans, our team, and a national television audience.  It’s an illustration of Kirby’s desire to schedule an additional non-conference Power 5 opponent whenever possible.”

In Georgia’s first appearance in the Chick-fil-A Kickoff, the Bulldogs fell to Boise State 35-21. The Dawgs evened their record at 1-1 after defeating North Carolina 33-24 in 2016.

Georgia is also scheduled to take on the Virginia Cavaliers in the 2020 Chick-fil-A Kickoff Game on Monday, Sept. 7.

Oregon is the third non-conference game scheduled for Georgia for the 2022 season. The Bulldogs are slated to host Kent State on Sept. 24 and Georgia Tech on Nov. 26.