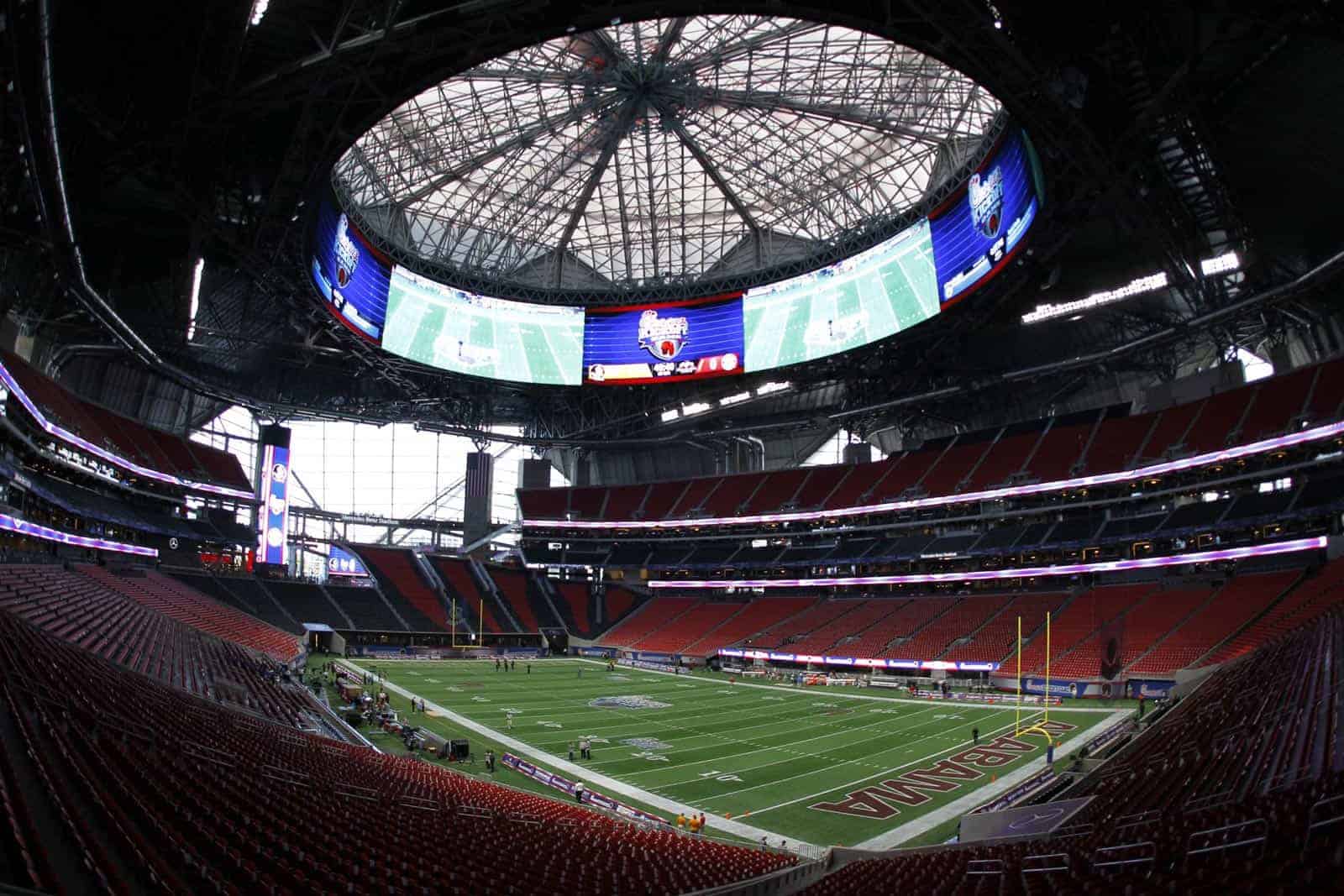 The Georgia Bulldogs could open the 2022 season in Atlanta against the Oregon Ducks. The two schools are in discussions for the matchup, according to a report by Dawgs247.

The game would be played in Mercedes-Benz Stadium and would likely be part of the annual Chick-fil-A Kickoff. Possible dates for the game include Saturday, Sept. 3 or Monday, Sept. 5 (Labor Day).

In their first and only meeting on the gridiron back in 1977, Georgia defeated Oregon 27-16 at Sanford Stadium in Athens.

The two schools were scheduled to meet in a home-and-home series in 2015 and 2016. But shortly after new athletic director Greg McGarity arrived in Athens, the series was canceled.

In Georgia’s first appearance in the Chick-fil-A Kickoff, the Bulldogs fell to Boise State 35-21. The Dawgs evened their record at 1-1 after defeating North Carolina 33-24 in 2016.

Georgia is scheduled to take on the Virginia Cavaliers in the 2020 Chick-fil-A Kickoff on Monday, Sept. 7.

Georgia currently has two non-conference games scheduled for the 2022 season. The Bulldogs are slated to host Kent State on Sept. 24 and Georgia Tech on Nov. 26.

Oregon was scheduled to open the 2022 season at home against Eastern Washington. However, that game was recently pushed back one week to Sept. 10.