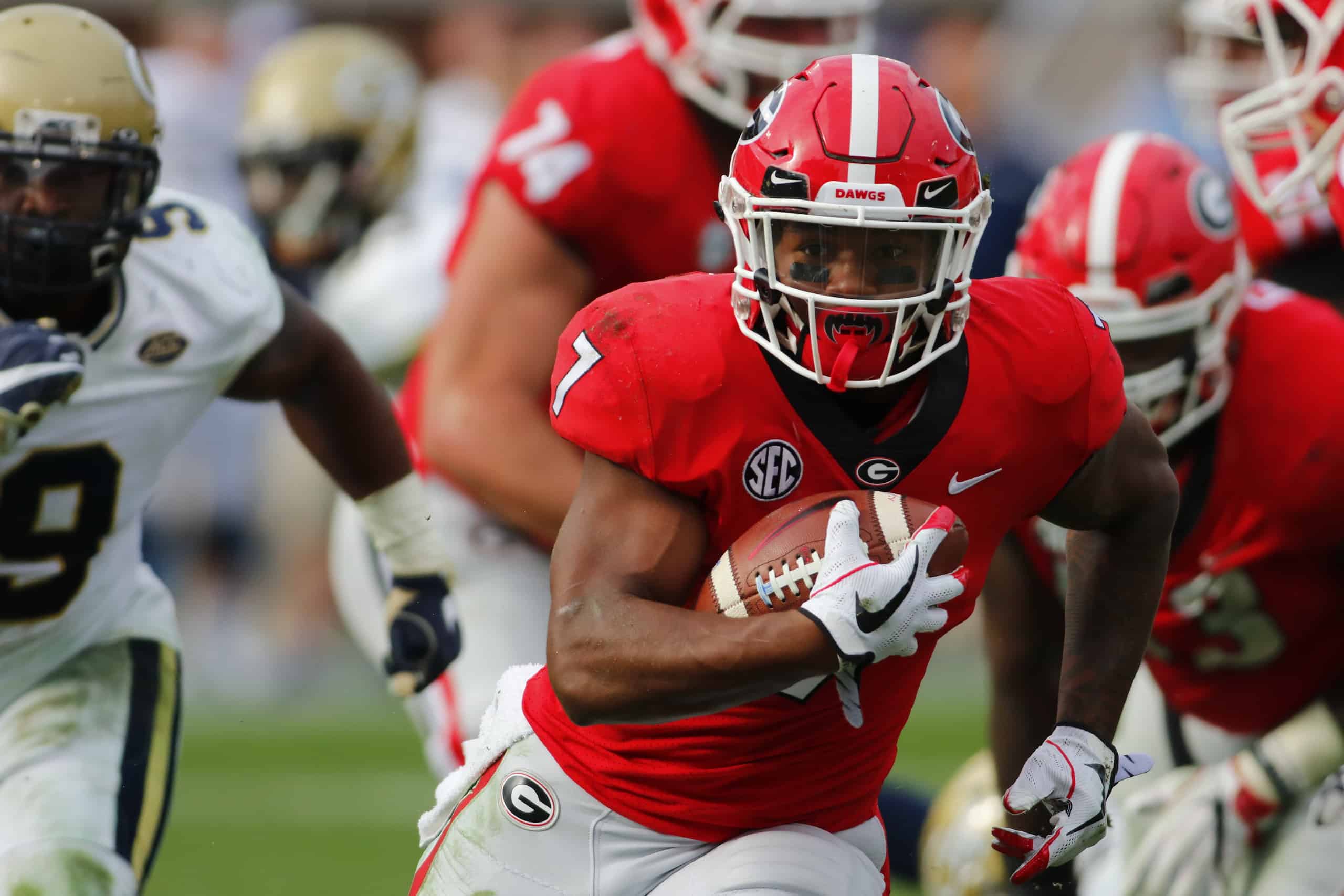 D’Andre Swift, a native of Philadelphia, Pennsylvania, played in all 15 games as a freshman for the Georgia Bulldogs. He rushed 81 times for 618 yards and three touchdowns. He also had 17 receptions for 153 yards and one touchdown.

Earlier this week, D’Andre Swift was named to the Maxwell Award Watch List along with UGA quarterback Jake Fromm. The Maxwell Award is given to the college football player of the year.

Georgia opens the 2018 season in Athens on Saturday, Sept. 1 against Austin Peay.