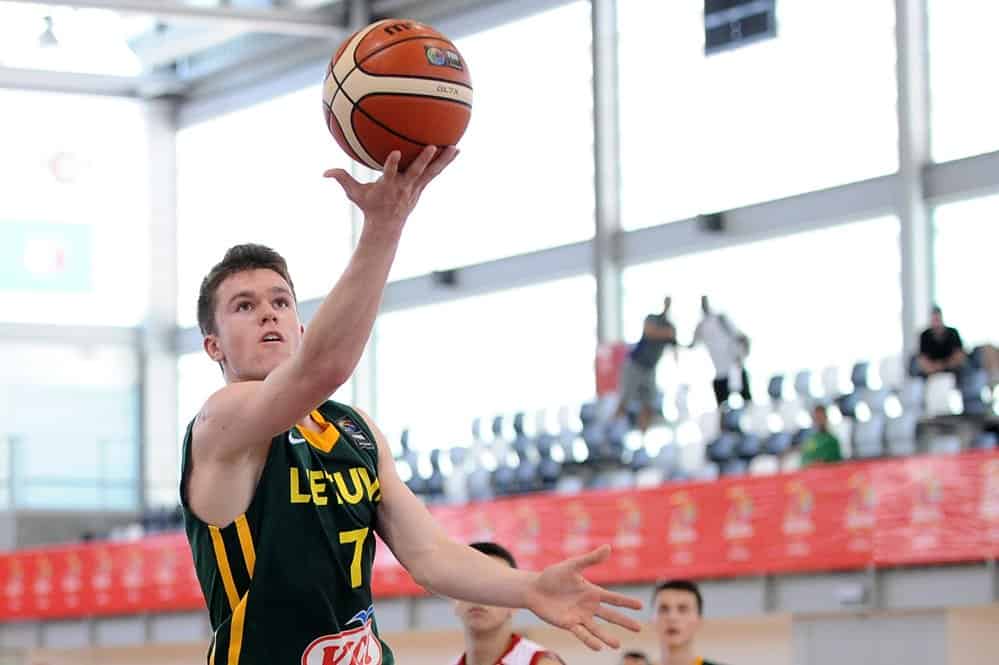 ATHENS, Ga. — Ignas Sargiunas, a 6-5, 180-pound combo guard from Kaunas, Lithuania, has signed a letter-of-intent to play basketball for the Georgia Bulldogs, Coach Tom Crean announced on Thursday Sargiunas will join the Bulldogs in the fall as a freshman.

“We are very pleased that Ignas will be joining our program,” Crean said. “As a combo guard, his versatility will help us greatly on both ends of the floor. Watching him play and develop, we have seen that he has great touch as a shooter, he has excellent ball-handling skills, and he provides solid defensive work, not to mention that he plays with poise and can be a vocal leader. His international experience will add a special dynamic to our team. He has proven that he’s a winner, and we’re happy that he has decided to be a Bulldog.”

Sargiunas has been a major contributor to Lithuanian age-group national teams over the past three years and currently plays for Zalgiris II Kaunas in Lithuania’s NKL.

Most notably, Sargiunas averaged a team-high 13.0 points for Lithuania en route to a bronze medal at the 2017 U17 World Championships in Zaragoza, Spain. He scored in double digits in five of seven outings, headlined by a team-high 15 points against the United States in the semifinal round. Sargiunas did so against a U.S. roster featuring six players entering the 2018 NBA Draft (Wendell Carter Jr., Troy Brown Jr., Jaren Jackson Jr., Kevin Knox II, Collin Sexton and Gary Trent Jr.).

Sargiunas has averaged double digits for Zalgiris II during each of the past two seasons competing in the NKL, Lithuania’s second division. In 2016-17, he averaged 10.0 points, 2.7 assists, 2.0 rebounds and 0.9 steals to help Zalgiris II finish 23-15 and advance to the quarterfinals of the NKL Play-Offs. This past season, he averaged 10.5 points, 2.7 assists, 2.0 boards and 0.8 steals as Zalgiris II compiled a 20-18 record and finished runners-up in the NKL Play-Offs.

The 2018-19 campaign will be Georgia’s first under Crean, who has averaged 20 wins over 18 combined seasons at Marquette and Indiana. Crean’s teams have reached postseason play 13 times, including nine NCAA Tournament bids and an appearance in the 2003 Final Four.