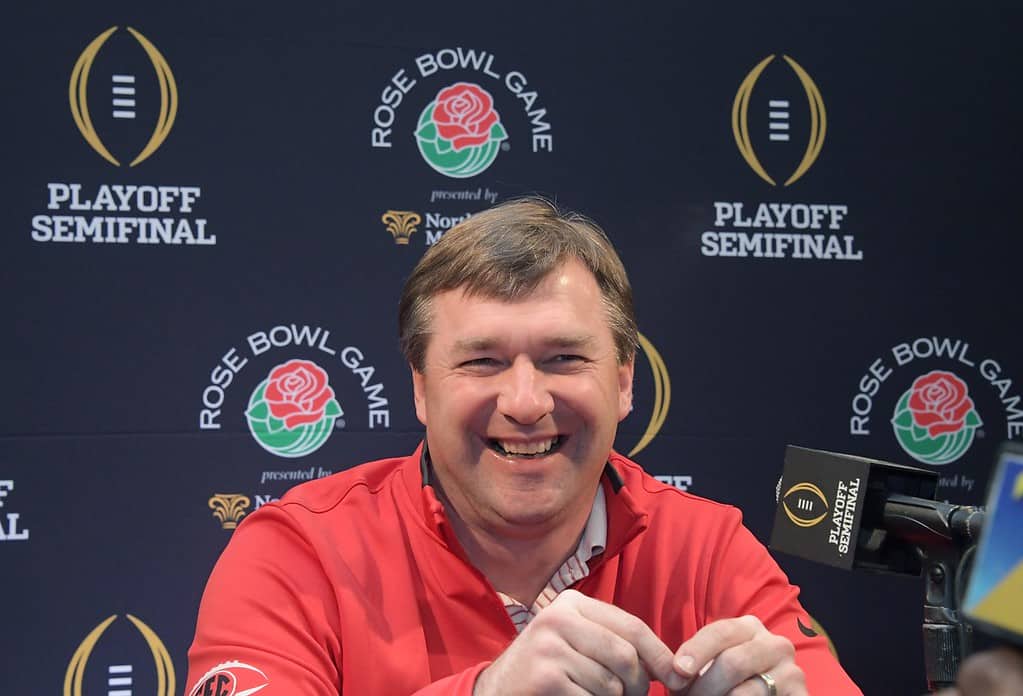 The University of Georgia Athletic Association Board of Directors Executive Committee approved the new contract on Thursday.

In his second season as head coach of the Bulldogs, Kirby Smart led the Bulldogs to their first SEC Championship since 2005 and a College Football Playoff Semifinal at the Rose Bowl win.

Smart guide Georgia to the National Championship Game last season, although the Dawgs fell to Alabama in overtime to finish the season 13-2.

“Kirby has provided an incredible level of energy and excitement to our football program, and we look forward to his leadership for many years to come,” said J. Reid Parker Director of Athletics Greg McGarity.

“I’d like to first thank President Morehead and Greg McGarity for allowing me to lead this program,” said Smart. “I’m humbled by the faith they’ve placed in me and won’t ever take that for granted. I’d also like to thank our staff and our entire football family. Without their hard work and dedication we wouldn’t have been able to have the kind of success we’ve had in such a short period of time.

“As a young boy, I grew up in this great state dreaming of being a Bulldog,” he continued. “To have been able to do that—first as a player, and now as the head football coach—is beyond anything I ever dreamed. I do not take lightly the awesome responsibility of leading this program, and while I’m pleased with where we are as a program, I couldn’t be more excited about where we’re going in the future. You can rest assured that we will continue to work tirelessly to make Georgia football the best it can possibly be.

“Last, but not least, I want to express my gratitude and love for all our fans and thank them and the wonderful people of the State of Georgia for their tremendous support.”

“In just two short years, Coach Smart has established a new level of excellence in UGA’s storied football program,” said UGA President Jere W. Morehead. “I look forward to his continued success and his strong support of this great university.”

Georgia opens the 2018 season on Saturday, Sept. 1 against Austin Peay at Sanford Stadium in Athens.