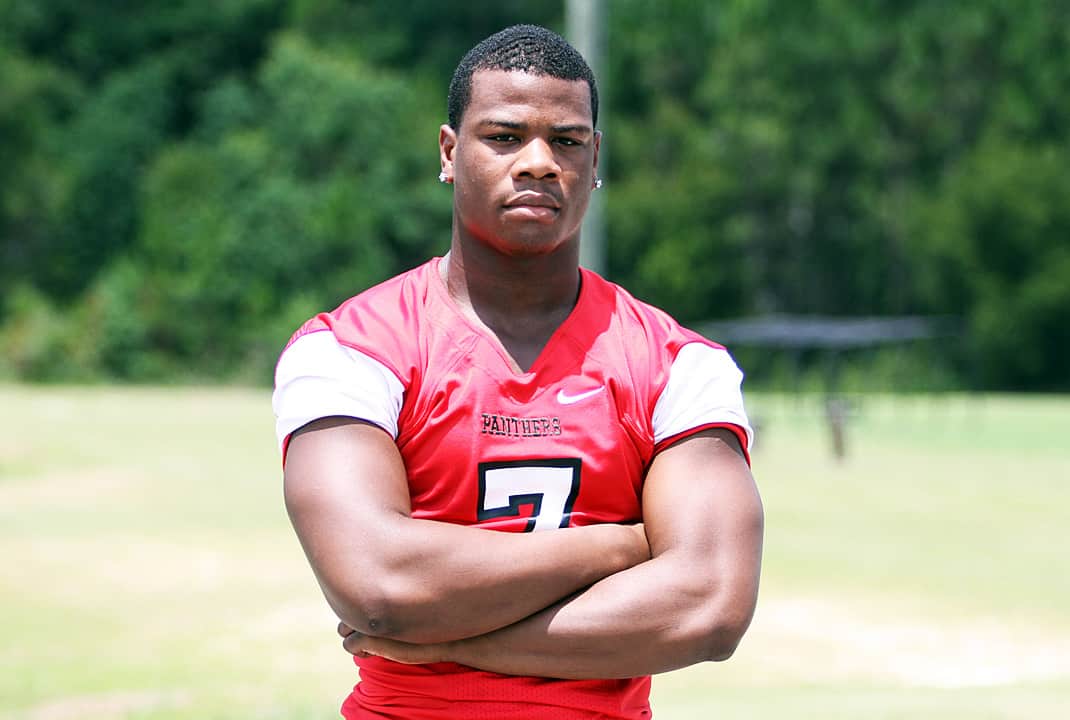 UGA football has picked up their second commitment this week, this one from four-star linebacker/athlete Trezmen Marshall of Homerville, Georgia (Clinch County).

“First off, I will (sic) like to thank god, my family and coaches,” Marshall tweeted. “I would like to thank my entire community for being behind me during this long journey. Without further ado, I would like to announced that I will be committing to The University of Georgia.”

Marshall (6-1, 236) committed to the Georgia Bulldogs over offers from most of the top schools, including Alabama, Clemson, Florida, Ohio State, Florida State, Miami, and Stanford.

In the 247Sports Composite, Marshall is listed as a four-star recruit, the No. 9 athlete, and the No. 98 overall recruit for the 2019 class.

Trezmen Marshall is also rated four-stars, the No. 13 athlete, and the No. 136 overall recruit by Rivals.com.

Georgia now has eight commitments for the 2019 class. Per 247Sports, Georgia’s 2019 class is currently rated 5th in the country.