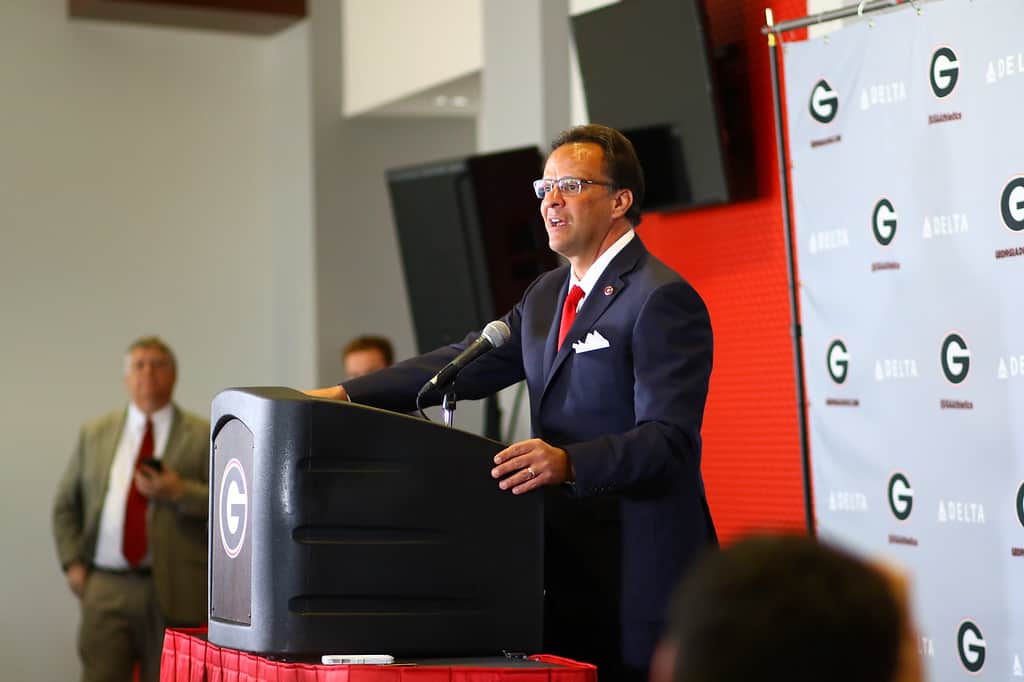 ATHENS, Ga. — Chad Dollar, an Atlanta native with more than two decades of college coaching experience, has been named an assistant coach for the Georgia Bulldogs, head coach Tom Crean announced on Wednesday.

“I’ve respected and admired Chad Dollar for a long time,” Crean said. “His coaching tree started in his own home and has progressed through his career with many great experiences. We’re excited to add Chad’s ability to lead young people and to teach the game and also the life skills that will serve them well. He brings a tenacity, not only to the court but to the recruiting trail and has helped recruit, mold and develop some outstanding players over his career. We’re excited to have him at the University of Georgia.”

Dollar comes to Georgia after spending last season on the staff at South Florida, where HE played during the 1990s. Dollar’s résumé includes stints within the SEC at LSU and Auburn.

“I’m excited to be coming back home to Georgia,” Dollar said. “I’m also excited to have the opportunity to work with Coach Crean, who I feel like is one of the best coaches in the country.”

The Dollar name is a familiar one within Georgia basketball circles. Chad’s father, Don, won more than 650 games and three state titles as a high school coach, primarily at Frederick Douglass High in Atlanta. Chad was an all-city performer in 1989 and a second-team all-state honoree in 1990. He and six of his Douglass High teammates went on to sign Division I scholarships.

“It’s a unbelievable situation for me, and I think it will be a rewarding experience,” Dollar said. “I’m looking forward to seeing my family on a regular basis and high school teammates and guys I competed against growing up and high school and AAU coaches who I know both from when I was playing and my career as a college coach.”

Dollar spent the 2016-17 season at Auburn, where the Tigers tallied their most wins (18) since 2008-09, and the the five seasons prior to that (2011-16) at Georgia Tech. Dollar was an assistant coach for his first three seasons with the Yellow Jackets before spending the final two as associate head coach.

Dollar began his coaching career at Gardner-Webb, serving as a volunteer assistant for one season and a graduate assistant for another. He then moved to the staff at Southern Miss for the 1996-97 season when the Golden Eagles finished 22-11 and reached the NIT.

Dollar also spent two summers coaching with Athletes in Action, assisting with selection of players and conducting of the team’s training camps. In 1997, Dollar traveled with AIA to Macedonia and Croatia, while in 2001 he ventured to the Ivory Coast.

Dollar was a three-year letterwinner at South Florida from 1990-93, including teams that reached the 1991 NIT and the 1992 NCAA Tournament. He completed his collegiate playing career at Milligan College (Tenn.). Dollar distributed a what was then school-record 194 assists during the 1994-95 season while helping lead the Buffaloes to a 24-12 finish and their first-ever appearance in the NAIA Tournament. Dollar earned his bachelor’s degree in Sociology from Milligan in 1996.

Dollar’s younger brother, Cameron, played at UCLA and helped the Bruins to the 1995 NCAA Championship. He is currently an assistant coach at the University of Washington.