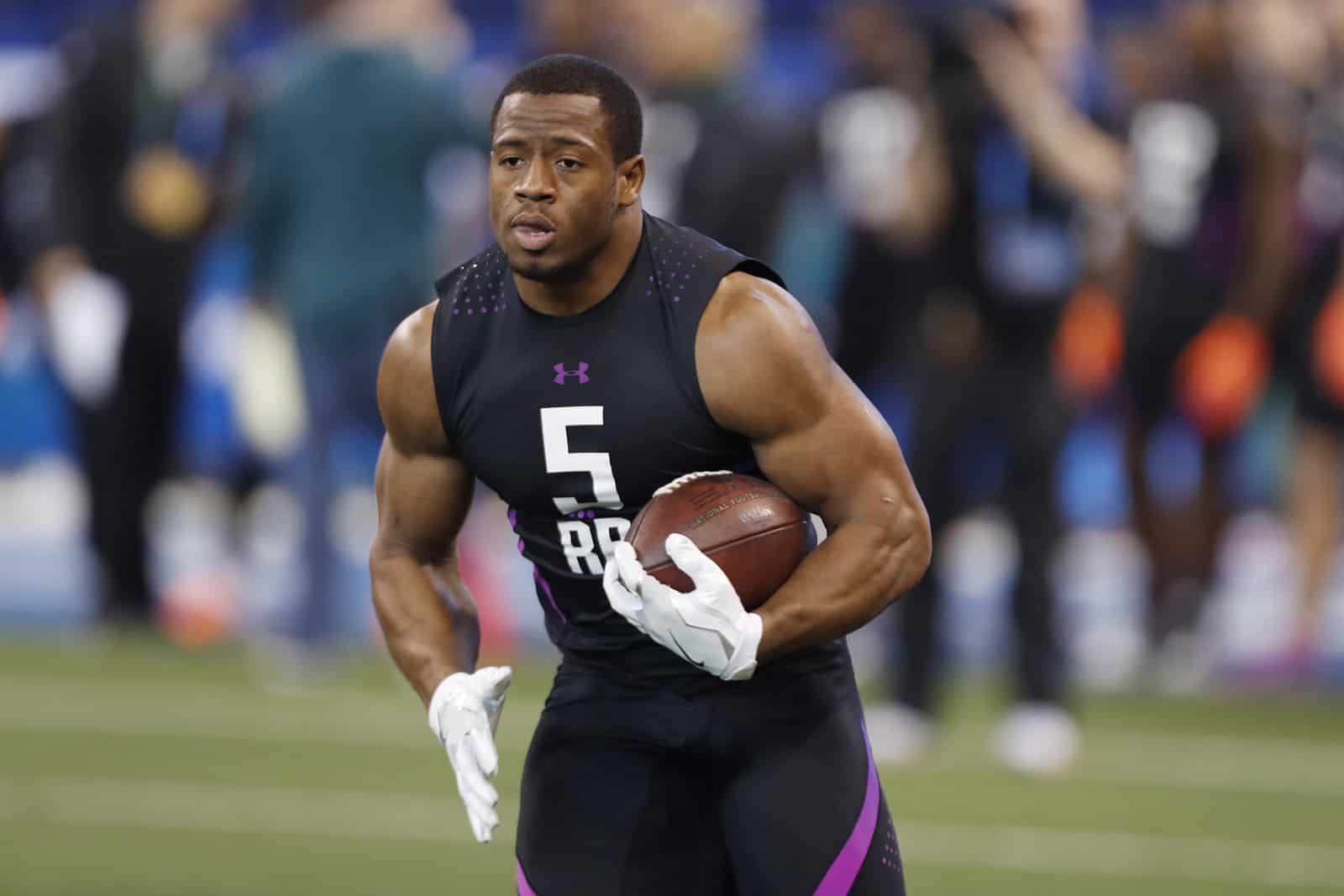 Dallas, TX – Georgia tied its school record with five players selected in the first three rounds of the 2018 NFL Draft after another pair of Bulldogs heard their names called on Friday night.

After three Bulldogs were picked in the opening round on Thursday, Georgia has now tied a school record with five selections through the first three rounds. It has happened four other times with the last time coming in 2009 when Matthew Stafford was selected first overall by the Detroit Lions to kick things off.

A native of Cedartown, Ga., Chubb becomes the 12th Bulldog selected by the Browns since taking Johnny Carson first in 1953. The last player taken by Cleveland was Mohamed Massaquoi in the second round of the 2009 draft.

Carter, a native of Norcross, Ga., is the 11th Georgia player selected by the Giants since the organization first took Carl Grate in 1944. New York last selected a Bulldog when they took Todd Peterson 25 years ago in the 1993 draft.

Wide receiver/returner Isaiah McKenzie was the lone Bulldog drafted in the 2017 Draft (Denver Broncos, fifth round, 172nd overall pick), and Georgia has now had at least one player drafted in each of the past 26 years. In 2016, Georgia had five players drafted, highlighted by the Chicago Bears’ selection of Leonard Floyd with the ninth overall pick.

Chubb was a part of the most dynamic rushing duos in NCAA history over the last four seasons and finished as the SEC’s second-leading rusher in history. He played in 47 games, starting 40, and gained 4,769 yards and 44 touchdowns on 758 carries (6.3 yards/carry) to complement Michel’s 3,638 yards and 33 scores since 2014. In 2017, Chubb was one of the team’s permanent captains and led the team with 1,345 yards on the ground (6.0 yards/carry) with 15 scores.

Chubb finished his career second on Georgia’s all-time rushing list, trailing only the legendary Herschel Walker (5,259). An SEC Coaches All-SEC First Team and AFCA Second Team All-America selection, he overcame an ACL injury midway through his sophomore season in 2015 and became the only other Bulldog other than Walker to have three 1,000-yard rushing seasons. Chubb helped direct the Bulldogs to a 13-2 record last year with an SEC title and a Rose Bowl Game victory lining up in the backfield behind true freshman quarterback Jake Fromm.

Starting on a defense that featured six seniors and junior first round draft pick Roquan Smith, Carter ranked third on the Bulldogs with 61 stops, including 7.5 tackles for loss and 4.5 sacks, to go along with a team-high three forced fumbles and three fumble recoveries (tied for fourth nationally). He was a Coaches and AP All-SEC Second Team selection and finished his career with 165 total tackles, 14 sacks and 20.5 tackles for loss while starting 26 games and playing in 54.

Carter combined for 16 tackles in this year’s SEC Championship Game versus Auburn and Rose Bowl Game against the Sooners, including 10 in the win over Oklahoma. He was a significant contributor to a defense that helped clinch the Bulldogs’ first SEC title since 2005 and its first win at the Rose Bowl since 1943.

Rounds four through seven will be on Saturday starting at 12 p.m.