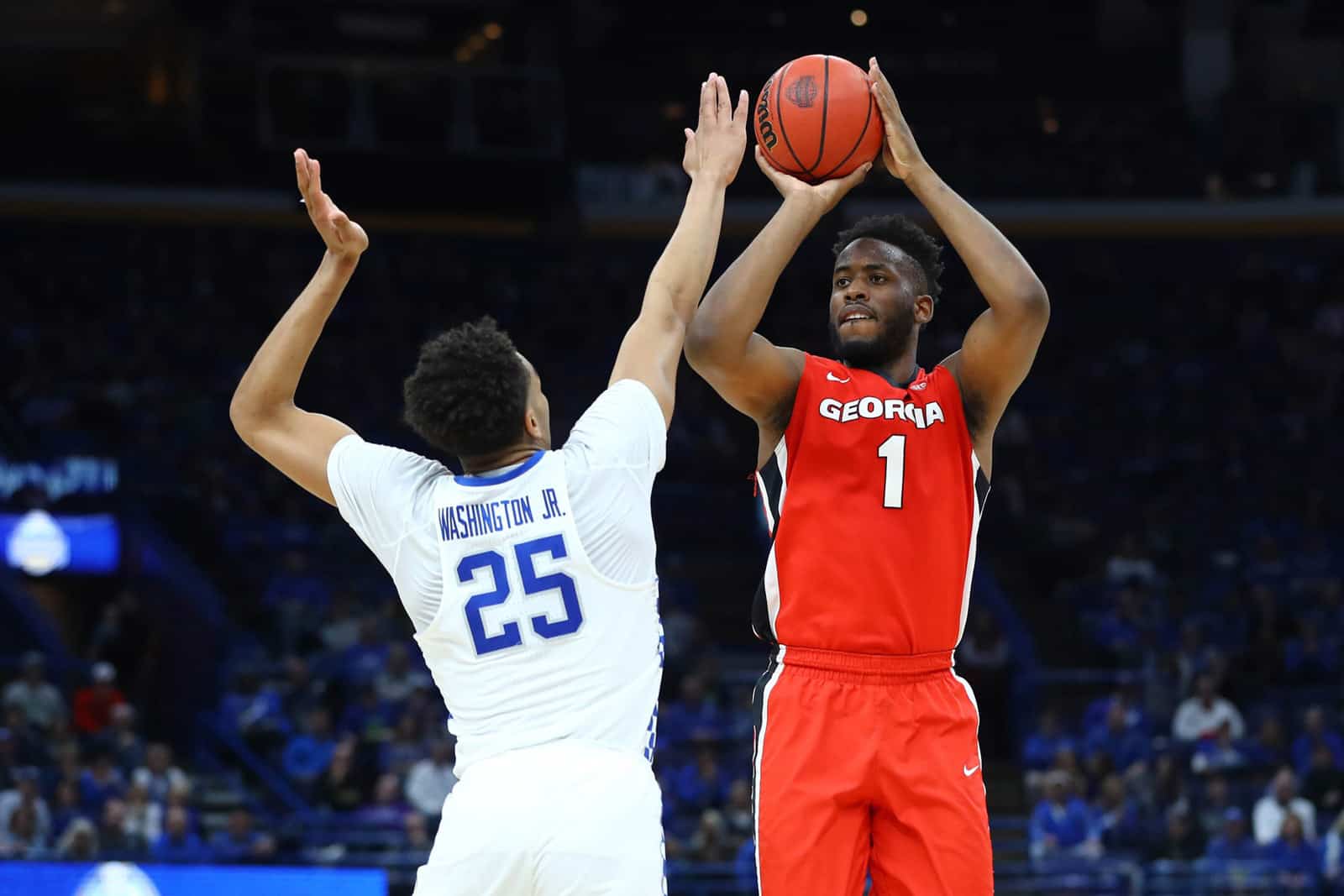 The 12th-seeded Bulldogs (18-15) kept up with the pace throughout the first half, but a strong second frame by the No. 4-seed Wildcats (22-10) proved to be the difference. Georgia’s 28.3 shooting percentage could not match Kentucky’s efficient 42.6 percent clip from the field.

“Kentucky’s defense is very good,” Georgia head coach Mark Fox said. “I don’t think the post traps weren’t a big issue for us today, but they have great length. We just didn’t play with a lot of authority in the low post today. Apart of that was certainly because of Kentucky’s defense.”

Sophomore guard Tyree Crump poured in a team-high 17 points, matching his career high that he set earlier in the year. Twelve of his points came off of four 3-pointers – also career-tying – while the rest of his points came from the free-throw line.

Derek Ogbeide snagged a game-high 11 rebounds to aid Georgia’s 42-39 rebounding edge. After a halftime report of an aggravated knee, Yante Maten continued to play, but finished with nine points, marking just his second game this season he hasn’t reached double digits in scoring.

The Wildcats built an early 8-2 cushion, before the Bulldogs followed with an 8-3 run, showcasing a closely contested opening of the game. Rayshaun Hammonds knotted the game at 13-all with a 3-pointer just above the 10-minute mark. Georgia obtained its first lead, 23-22, behind a Crump three and two free throws by Maten. Kentucky ended the first half with eight straight points to hold the 30-23 edge.

In the first half, Kentucky shot an effective 43.3 percent from the field, while Georgia managed just a 27.6 percent shooting clip. The Bulldogs did hold the rebounding advantage at 21-19, led by Ogbeide with a game-high six boards.

Widening the gap to 10 points, Kentucky sunk a three on its opening possession of the second half. Georgia’s Juwan Parker benefited from a friendly bounce on a shot behind the arc for the answer a minute later. The Wildcats then surged on another 8-0 run to go up 41-26.

By the midpoint of the second half, Georgia narrowed the gap to 11 points at 47-36 due to Crump’s third trey of the game, a Maten dunk and a free throw by William Jackson II. The Wildcats extended their lead back to 16 points, but Crump hit another three and got fouled on a shot behind the arc as well, making all three free throws to make it 55-45 with 6:11 left in regulation.

Georgia breached the double-digit deficit with a jumper in the lane by Jackson to cut it to 58-49 with a minute and a half remaining, however Kentucky controlled the rest of the way to seal the win.