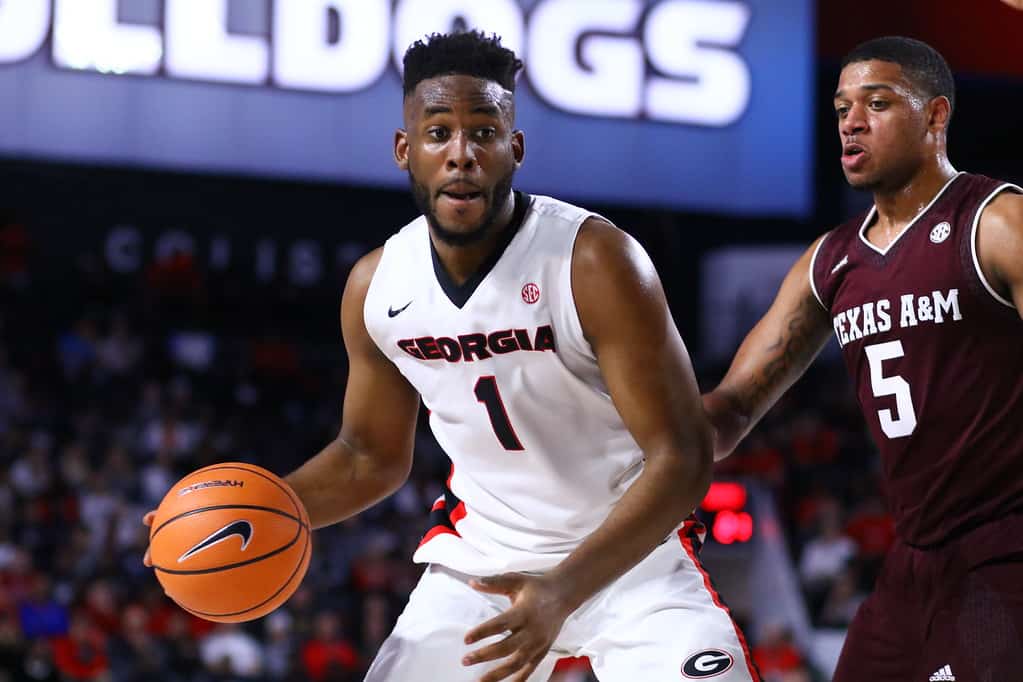 ATHENS, Ga. — Yante Maten’s award-winning Tuesday continued at 2:00 p.m. with the U.S. Basketball Writers Association naming him as its District IV Player of the Year. The recognition came two hours after Maten was tabbed Associated Press SEC Player of the Year and consensus first-team All-SEC by the AP and league coaches.

District IV includes all Division I players in Kentucky, Tennessee, Mississippi, Alabama, Georgia, and Florida. Maten also was named to the 10-player All-District team for the second-consecutive year.

A senior, forward from Pontiac, Mich., Maten is the Bulldogs’ first District Player of the Year since Kentavious Caldwell-Pope in 2013 and first two-time All-District honoree since Trey Thompkins in 2010 and 2011.

Maten leads the SEC in scoring, both overall and in SEC action, and has carved his place in Georgia Basketball history throughout the season. Among the Bulldogs’ career leaders, he is has ascended from No. 25 to No. 2 in scoring, from No. 16 to No. 4 in rebounds and from No. 4 to No. 3 in blocked shots. Maten also is the SEC’s active career leader in each of the aforementioned statistics, as well as double-doubles with 29.